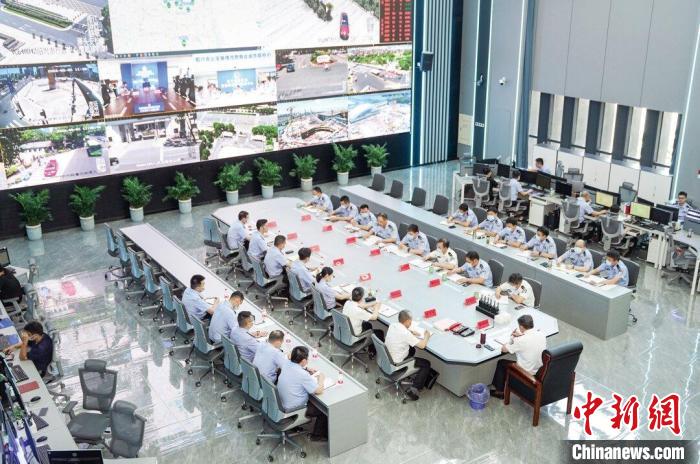 China News Service, Hangzhou, January 10th (Guo Qiyu) January 10th is the third Chinese People’s Police Day. The reporter learned from the Public Security Department of Zhejiang Province that in the past year, the criminal and public security police cases in the province dropped by 12.93% and 17.55% respectively year-on-year. The police cracked down on economic crimes involving enterprises, recovered more than 1.7 billion yuan in economic losses for enterprises, cracked 139 crime-related cases and arrested 1,498 members of various gangs in the fight against gangsters and evils.

Zhejiang is a province with a large private economy, with strong private capital and numerous private enterprises, and economic crimes against the interests of enterprises also occur from time to time. In 2022, the public security organs in Zhejiang will initiate more than 1,700 economic crime cases involving enterprises, arrest more than 900 criminal suspects, and recover economic losses of more than 1.7 billion yuan.

On this basis, in order to better provide relevant services for foreigners, Zhejiang public security organs have also promoted the integration reform of “Zheli immigration” services, and launched green channels for approval such as entry and exit documents. For example, Hangzhou optimizes the layout of immigrant service centers (sites), provides foreign talents with social integration services such as residence travel, legal aid, language and culture, and provides work permits and work-type residence permits for foreigners who meet the requirements for work in Hangzhou. Integrated processing services.

In terms of promoting social governance at the grassroots level, Zhejiang has continuously promoted the establishment of power departments, towns and streets, social organizations and other forces in joint logistics, joint operations, and joint offices. Currently, 712 joint logistics police stations have been built. In 2022, the public security organs will investigate 97,900 conflicts and disputes, with a resolution rate of 92.8%.

The reporter learned that at present, Zhejiang has achieved full coverage of the law enforcement and case handling management centers of county-level public security organs, deepening the integrated reform of “one case handling”, and the case handling rate of professional police is 65.51%. For example, relying on the industry management information system, the public security organs sorted out and formed a list of 9 “supervision of one thing” reforms such as hotels, rental houses, and entertainment venues, and solved problems such as “multiple polices in one place”. (Finish)