A Psychedelic Renaissance at the V.A. 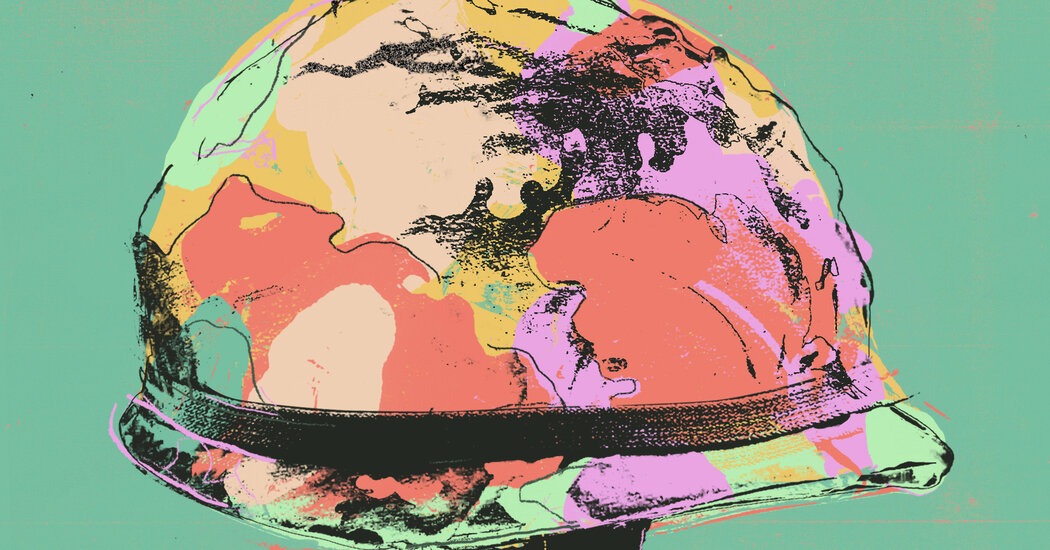 The last known experiment at a Department of Veterans Affairs clinic with psychedelic-assisted therapy started in 1963. That was the year President John F. Kennedy was assassinated. “Surfin’ U.S.A.” topped the music chartsand American troops had not yet deployed to Vietnam.

At the time, the federal government was a hotbed of psychedelics research. The C.I.A. explored using LSD as a mind-control tool against adversaries. The U.S. Army tested the drug’s potential to incapacitate enemies on the battlefield. And the V.A. used it in an experimental study to treat alcoholism.

But booming recreational use of drugs, including hallucinogens, sparked a fierce political backlash and helped set in motion the war on drugs, which, among other things, ended an era of research into the therapeutic potential of psychedelics.

Nearly six decades later, a handful of clinicians have brought back psychedelic therapy within the Veterans Affairs health care system. If their studies show promising results, they could mark a major step in the quest to both legalize and legitimize psychedelics and make them broadly available for clinical use.

I spoke to four of the government researchers leading studies into the use of MDMA, often called Ecstasy, and psilocybinto treat mental illnesses that have been resistant to current therapies for many veterans. The researchers addressed their motivations, misgivings and hope for the future of medicinal psychedelics.

Dr. Shannon Remick34, has the military in her blood — having been raised by an Army mother, a Marine father and a Navy stepfather. That familiarity with the armed forces is part of what drove her to become a psychiatrist at the V.A., where she found that a significant number of combat veterans with post-traumatic stress disorder were not responding to conventional treatments.

Last October she likely became the first clinician since the 1960s to administer psychedelics as medicine to a patient at a V.A. clinic. The 10 patients in her study at the Veterans Affairs clinic in Loma Linda, Calif., are combat veterans with PTSD who volunteered to undergo three sessions with MDMA in hopes of exploring the underlying roots of their distress.

Dr. Remick said it’s crucial to build rapport and trust with patients during conventional therapy sessions ahead of the MDMA trips. Before a patient takes the pill, she sets a calming mood by doing a breathing exercise, reading a poem or having a veteran hold a personally meaningful object. The MDMA sessions themselves, she said, are often self-directed, with the therapist doing more listening than talking.

The goal is to put patients in a state where they can examine and reflect on traumatic memories with less fear and aversion than they normally experience. She compared the process of making sense of painful moments of the past to sorting through an archaeological dig, a delicate process of discovery and understanding.

“We are alongside and with the patient as they are exploring a kind of excavation site,” she said. “Ultimately, it’s not for us to point and say, ‘Hey, look at that,’ because what I’m seeing may not be the same from their angle.”

MDMA therapy made her put off retirement

Approaching 60 a couple of years ago, Dr. Rachel Yehuda began contemplating retirement. She had been a prolific researcher and clinician for more than three decades studying, among other things, how intergenerational trauma affects the children of Holocaust survivors.

“I was proud of our work, but it wasn’t leading to practical solutions for treating trauma survivors,” said Dr. Yehuda, a professor of psychiatry and neuroscience at the Icahn School of Medicine at Mount Sinai and the director of mental health at the V.A. clinic in the Bronx.

But in the past few years, Dr. Yehuda, now 62, became fascinated by the renaissance of psychedelic-assisted therapy and put off retirement. In early 2020 she began seeking permission to treat veterans suffering from PTSD with MDMA.

Her study, which began in January and will include about 60 participants, will look at whether three sessions of MDMA are more effective than two at reducing PTSD symptoms.

Dr. Yehuda said MDMA trips can be powerful catalysts for healing. She underwent one in 2019 as part of a training for therapists — an experience she called revelatory.

“It made me really understand what it is you’re supposed to be doing in psychotherapy,” she said. “I’ve never quite understood what it means to have a breakthrough.”

But she cautioned that researchers still have a lot to learn about the types of patients who will benefit from this treatment, the role therapists ought to play and the potential perils.

“The process of opening up has to be done with the right therapists,” she said.

Over her 23 years treating veterans and studying the strengths and shortcomings of conventional PTSD therapy, Dr. Leslie Morland recognized that standard treatments often failed to address the challenges veterans face at work and at home.

Her pursuit to find more holistic interventions led her to develop a study examining whether MDMA can make couples therapy more effective.

“A lot of our military learn to emotionally disconnect in order to be effective in combat,” Dr. Morland, 52, said. “And then we’re bringing them back and saying: Now we need you to open up with our talk therapy.”

People with PTSD often struggle to connect with intimate partners. Veterans who see improvements in symptoms often experience setbacks when they return to dysfunctional home environments, Dr. Morland, said. According to the V.A.veterans with PTSD have historically struggled with intimacy and have more marital and parenting problems than veterans without the disorder.

While no one has formally studied the use of MDMA with veterans and their partners, clinical studies with civilians have shown that the drug can alter the dynamics of a relationshipDr. Morland said.

“It allows for increased bonding and increased empathy,” she said.

In a clinical study she expects to launch toward the end of the year, Dr. Morland intends to recruit eight veterans in San Diego who have strained marriages and guide them through two sessions with MDMA that will be bracketed by talk therapy. The goal is to give couples the tools they need to understand and meaningfully address the causes of discord.

“How do they work together to really sustain the improvements that have been achieved in therapy?” she said.

Psilocybin as a therapy for meth addiction

Between 2010 and 2019, drug overdose mortality rates among veterans rose by 53 percentkilling more than 42,000. Deaths from psychostimulants, including methamphetamine, were particularly high, rising by 669 percent.

Reliable treatment options are scarcewhich has kept the rate of relapse high.

These high mortality and relapse numbers motivated Dr. Christopher Stauffer, 41, to treat veterans addicted to methamphetamine with psilocybin at a V.A. residential program in Portland, Ore. The study will start recruiting participants in the near future.

Psilocybin — the psychoactive ingredient in magic mushrooms — has shown significant promise as an experimental treatment for substance abuse.

Dr. Stauffer said his research and clinical practice with civilians has shown him that patients often gain a new understanding of the impulses that are driving their addiction during a psilocybin session. One patient from a previous study compared addiction to feeling trapped in a dense jungle.

“The psilocybin was like a machete,” Dr. Stauffer said. “They were able to kind of carve a path to connecting with the people around them who were important relationships.”

In a second studyDr. Stauffer will test whether MDMA can enhance group therapy for veterans with PTSD by making participants more emotionally open and supportive of each other.

“Group dynamics can be potentially really healing in a way that one-on-one therapy can’t,” he said.

Dr. Stauffer said this new era of psychedelic research feels at once retro and cutting edge.

“It’s brand-new to a lot of people and yet it’s been around longer than most of our psychiatric medications have been around,” he said. “But it feels like we’re approaching it this time with a lot more knowledge and a lot of more rigorous research practices that didn’t really exist back in the ’50s and ’60s.”