A sense of nostalgia and a sense of technology coexist, Nanjing Rabbit Lamp becomes popular on the Internet-Chinanews.com 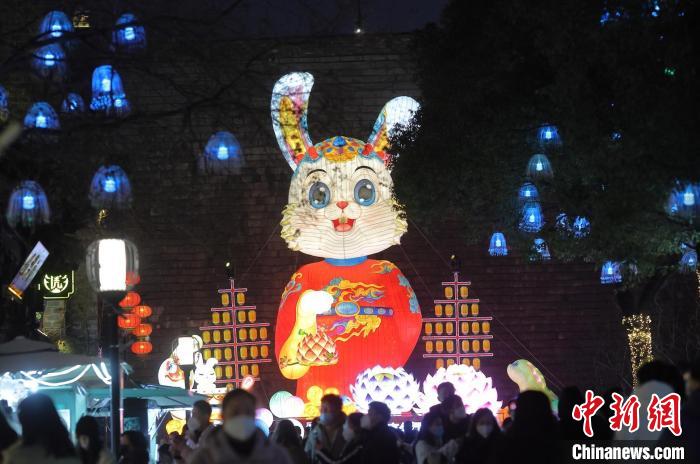 Rabbit lamps in Nanjing became popular on the Internet due to their unique shapes. Many netizens commented that “this rabbit looks very good at taking exams” and “may be the number one scholar rabbit”.Photo by Yang Bo

Chinanews.com, Nanjing, January 23 (Reporter Zhu Xiaoying) Recently, a group of pictures of rabbit lights all over the country have been circulated on the Internet. Among them, the exquisite rabbit lamps redecorate Nanjing Confucius Temple, with a sense of nostalgia and technology coexisting.

In the east of Laomen, a giant rabbit lantern with the “more than 600 years old” Nanjing Ming city wall as the background has attracted many people’s attention. This giant rabbit has a pair of big eyes, wearing a red robe, and carrying a lotus lantern. Netizens commented that “this rabbit looks very good at taking exams” and “may be the No. 1 rabbit”. Many people came to “check in” to take pictures.

The Rabbit Lantern in Nanjing is set against the “more than 600 years old” Nanjing Ming City Wall as the background. It has a pair of big eyes, wears a red robe, and carries a lotus lantern.Photo by Yang Bo

A reporter from Chinanews.com learned that this year’s China·Qinhuai Lantern Festival is the 37th. The Lantern Festival will focus on the Confucius Temple, Mendong, and the Shili Qinhuai Water Tour Line, with a total of 170 sets of various lights. On-site use of modern lighting art, artificial intelligence technology, fashion and creative elements, etc., to enhance the sense of the times and attractiveness of the Lantern Festival.

Among them, a total of 40 groups of lights have been set up in the important nodes of the main street of Laomen East Block, the branch lanes on both sides, and the important nodes of Xiaoxihu Block. With the theme of Jade Rabbit Welcome Spring, modern and fashionable expressions are used to create a strong festival with modern light sources. atmosphere. 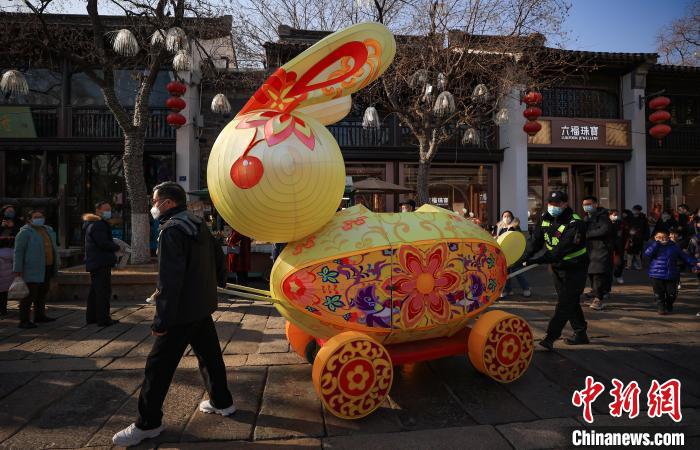 The Super Rabbit Lamp in the East of Laomen, Nanjing.Photo by Yang Bo

The Qinhuai lanterns are the most colorful in the world. In fact, Qinhuai lanterns have a history of more than 2,000 years. The production of lanterns has absorbed the advantages of traditional Chinese arts such as paper-making, painting, paper-cutting, and shadow puppetry. Qinhuai lanterns were included in the first batch of national intangible cultural heritage list.

The most traditional rabbit lamp in Nanjing has triggered a wave of “memory killing” among “post-80s”.Photo by Yang Bo

This year’s Qinhuai Lantern Festival is one of the few offline lantern festivals in recent years. A reporter from Chinanews found that the Confucian Temple Scenic Area not only has the most traditional portable rabbit lamp, which has triggered a wave of “memory killing” among “post-80s”, but also has a technological rabbit lamp that integrates sound and light elements, which is loved by children. 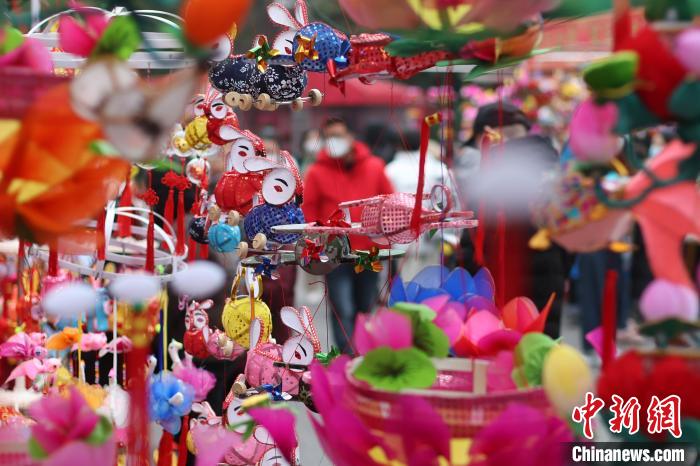 Rabbit lamps in Nanjing are dazzling.Photo by Yang Bo