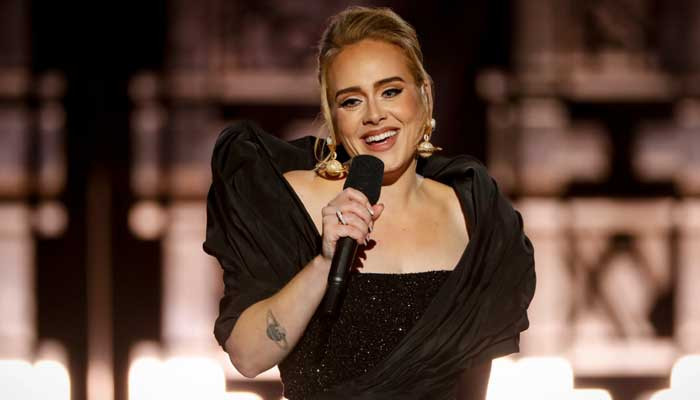 Adele is set to return to the stage next week with what is bound to be a spellbinding set in London’s Hyde Park.

The Easy On Me hitmaker, 34,  took to Twitter on Thursday to announce the line-up, and it sounds like Adele herself is just as buzzing as anyone else.

‘The line up for my Hyde Park shows next week is going to blow your socks off!! An all female bill, from new artists that I’m obsessed with to the heavenly @KaceyMusgraves to one of my favourite artists of all time @GabrielleUk who I’ve loved since I was 4!!’, she wrote.

In a separate tweet, she added: ‘It’s going to be incredible, there’s a whole host of us performing all day, I can’t wait to share the main stage with you ladies.’

The singer  will play two gigs as part of the British Summer Time shows, marking her first live shows in the UK since 2017.

The Hello songstress – who dropped her latest album, 30, in November 2021 – has promised fans that she will ‘block your socks off’ with an ‘incredible’ feast for the eyes and ears.

But Grammy winner Kacey and Out Of Reach singer Gabrielle aren’t the only ones joining Adele for the BST gigs, with Mahalia, Self Esteem, Nilufer Yanya, Tiana Majorg, Chrissi, Bonnie Kemplay, Ruti, and Tamzene also on the bill.

Previous articleThey didn’t get their security deposits back. Now a big L.A. landlord agrees to pay $12.5 million
Next articleConnecting the dots