After losing everything, what do we have? 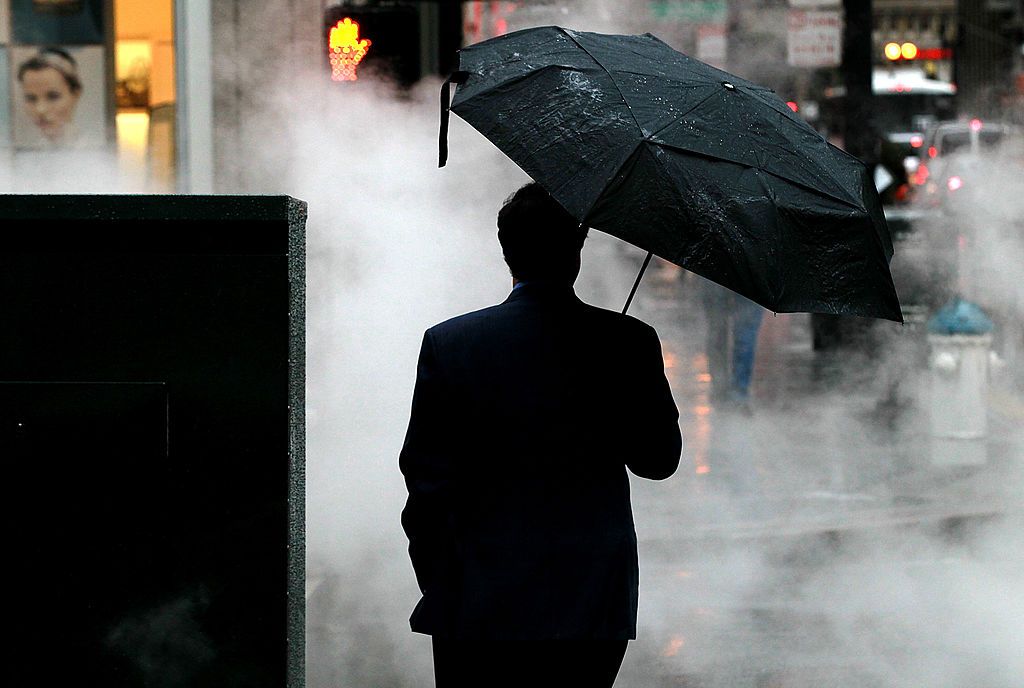 Not too long ago, I woke up at 5 a.m. with a text on my phone that you definitely don’t want from your family: “Call me right away when you wake up.” I read the text again slowly, staring Stuck on send time: 4am.

I immediately realized that something bad had happened. But I stayed still, wanting to stay a few minutes longer in the soft, dark, quiet place of ignorance, and pray for strength, courage, and peace. Then I called back and learned that just a few hours earlier, in the middle of the night, a relative’s house had caught fire. When I heard the news, the house had burned down. Thankfully, everyone, including the dog, escaped.

In the hours after I hung up, I sat quietly in the living room with a cup of coffee, waiting for the day to slowly dawn and the rest of the world to wake up. My mind was befuddled, I looked around, I saw countless books, I saw clay figurines I bought in the medieval Italian city of Gubbio, I saw my mother and grandmother on the mantel There may also be a photo of my grandmother), and I saw the small antique side table that I immediately fell in love with. Things outside of us, but these things symbolize the skeleton and meaning of our lives.

Something loosened inside me as I tried to imagine what it would be like to suddenly lose everything I had. I realized that things that used to seem unthinkable became less unimaginable. This can happen to anyone without warning.

Then I began to wonder: Could there be some benefit in keeping our minds occupied with the horrific but not impossible for a little longer? How would we live if we really thought everything could be lost at any moment?

American artist Charles E Burchfield’s 1929 watercolor Pyramid of Fire exudes an air of grim desperation.Painted at the start of the Great Depression and part of the artist’s decade of realism, the painting shows a burning barn, symbolizing the destruction of a precious livelihood. Roaring orange flames filled the interior of the barn, and tall tongues of flame licked through the disintegrating barn toward the smoky sky.

The fire appeared to be irreparable. The motionless small group of people at the lower right of the screen and the small figures of the three firefighters convey a sense of helplessness. They appear so small next to the gigantic flames whose flames seem to burn off the canvas. The firefighters sprayed the barn with a thin jet of water, as if trying to douse a volcano with a bucket of water.

Looking at this painting, it’s easy to wonder: why would anyone paint such a tragic scene? Who would want to use a paintbrush to freeze the moment when someone’s entire world crumbles to ashes? But I think it’s a powerful piece of work, because it forces us to see that things outside of us are destined to be impermanent, which may lead us to reflect deeply on what is truly precious in life and what we can’t live without.

This painting captures how anyone’s seemingly constant life can turn upside down without warning. Our lives and ways of life can be more fragile and perishable than we like to accept. However, if we have to accept this, is there, and is there anything in the way we live that we might change? If the past few years have taught us anything, it’s that no one is immune to the whims of fate.

It may sound weird, but I really like the Irish painter William Orpen’s oil painting Job (from the Old Testament), 1905. The work is a poignant, poignant portrait of human helplessness and ultimate vulnerability. Several houses with brick roofs stand against a black and gray background. In the foreground of the picture, an old man—Job—is sitting naked on a pile of hay (or grain) alone. His figure occupies a large frame because he is close to us. A little farther away from him, a small group of people are laughing at him. He faces the front of the frame with arms folded, his wrinkled body curled up, as if protecting himself from the ridicule of his former friends. He covered his eyes with one hand, not only to avoid facing his reality, but also to hide his shameful, lonely and hopeless face.

Orpen’s dramatic work depicts the Old Testament character Job, a wealthy and pious man who suddenly loses all his wealth and children. No one could understand how a man as godly and kind as Job could have lost so much, going through stages of grief, wavering faith and despair. His friends first accused him, then tried to get him to recant, and finally abandoned him. But Job always refuses to curse God.

The group around Job touched me because I think part of the reason they laughed at Job was because they were terrified of what happened to Job. Blaming Job for his own misfortune allows them to wishful thinking that they are exempt from such misfortune. I was also struck by the rooster at the front of the picture, innocently pecking at the ground, symbolizing the mundane and the everyday. Its very existence implies that what happened to Job was not special and that the same thing could happen to anyone.

At the end of the day, the problem at the heart of the discussion in the Book of Job is our human difficulty in rationalizing those profound losses, how a God who is supposed to be good could allow this to happen. Gazing intrepidly at the painting might trick us into imagining ourselves somewhere on the canvas. Where do we imagine ourselves to be, and why? Are we unwilling or unable to imagine ourselves as the ones sitting on that pile of hay?

Marc Chagall didn’t need to imagine loss.The Jewish artist experienced loss throughout his life, from having to leave his beloved hometown of Vitebsk (now part of Belarus), to fleeing Europe during World War II, to the death of his beloved wife, Bella. Not even success in painting can protect against such losses. However, many of his works radiate a strong sense of hope and love amidst the reality of loss.

In his 1939 painting “The Dream,” Chagall portrayed life as the sum total of loss, faith, invitation, love, puzzle, and enduring hope. Against a background of blue and green there was a small village and a hill with a house of refuge on top of it, his beloved hometown and parish in his memory. In the foreground, perhaps representing hope for the future, there is a pair of lovers lying on a brightly colored bed, the only bright spot on the canvas. On the canvas representing the piece between the past and the future, a winged angel floats in the air, extending its arms to invite us. Between the reality of the past and the hope for the future, the only thing that exists is the present.

I was struck by the metaphor of the painting implying that we are now in a place where angels invite us to live life to the fullest. It seems to imply that even if we lose many things or people that are very important to us personally, even if accidents take everything away, there may still be a kind of grace that cares for us in unimaginable ways. This grace may help us think about what we still have and how we might live with having a lot and seemingly having nothing.

After the phone call that morning, I sat quietly, digesting what I had just learned: my loved one had indeed escaped from the burning house. I think about all the possessions I have in this world, and I feel that none of them are irreplaceable. What was really unexpected was a waking feeling, a strong sense of wanting to prioritize and do things that interested me. There were a few opportunities that I was hesitant to take, and in that moment I wanted to say yes aloud. Sitting there, I think of the 17th-century poet Mizuta Masahide’s haiku: “The barn burns down, and the moon will be seen at this moment.” It seems that the time has not yet come. But it’s also nice to know that there’s that feeling waiting for us.

Share
Facebook
Twitter
WhatsApp
Copy URL
Previous article
The national cold wave group chat map is released. Are you a cry group or an atmosphere group? – Chinanews.com
Next article
Looking Ahead to 2023: When All Suspensions Begin to Come Down