American foreign teachers in China: Using language as a bridge to promote dialogue between Chinese students and the world-中新网 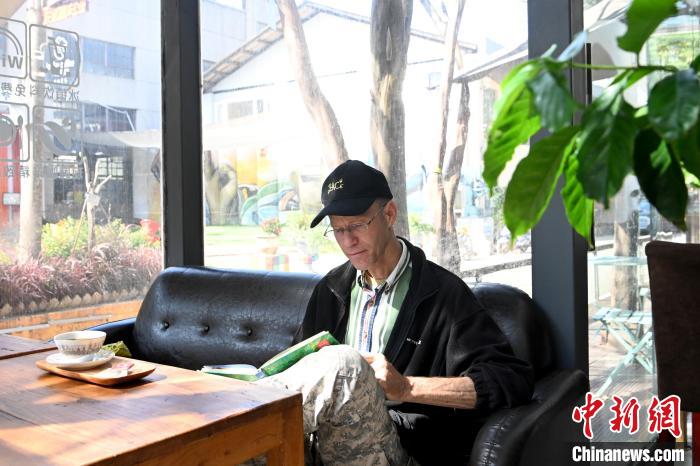 “I have taught students in universities, vocational education colleges and English lovers. Many students have deepened their understanding of Eastern and Western cultures through language learning, enhanced exchanges with the world, and enriched themselves while promoting cultural exchanges between China and the West. life.” Paul Ramsey, an American, has been teaching English in China for 27 years, and this is the thing that gives him the most sense of accomplishment.

Paul comes from a small town near Detroit in the United States, and is currently working as a foreign teacher in a higher vocational college in Yunnan, China.

In the early 1990s, China’s opening up to the outside world was accelerating and deepening. “I was studying at university at the time, and when I learned that many schools in China were in urgent need of English teachers, I hoped to seek new development opportunities while helping Chinese students.”

Through the recommendation of the school, Paul became acquainted with Chinese English education in Shanghai. In college classes, he used an old-fashioned video tape recorder to take students to watch classic English movies, practice listening and writing, and spend a lot of time discussing grammar. “At that time, the students in colleges and universities in Shanghai already had a very high level of English communication.” During his six years in Shanghai, Paul witnessed the rise of this international financial center city, where the flow of people, goods and information converged. “I often go to In the city’s ‘English Corner’, I benefited a lot from chatting with English lovers from all walks of life.”

Later, he lived in Tianjin for 8 years and personally experienced the transformation of the old industrial city.

Paul said, “I have taught in many colleges and universities in the two cities, and I have personally experienced the progress of China’s higher education, the improvement of educational concepts and teaching quality, and the quality of college students is getting better and better.”

With the deepening of China’s openness, the demand for high-quality international talents is increasing. “Mastering a foreign language helps students find jobs, and more importantly, it opens a window for them to understand the world.” Paul believes that language and culture are inseparable. Students share their insights on cultural differences and integration, and encourage students to actively think about the cultural logic behind language.

In 2008, Paul came to Kunming, the “City of Spring” in Southwest China. He fell in love with the life that is like spring all the year round and the flowers are blooming like brocade. He decided to settle here with his Chinese wife and became a “New Yunnanese”.

In Yunnan for many years, Paul went deep into the local villages and got acquainted with the most ordinary Chinese rural families. “I have seen how much Chinese parents attach importance to their children’s education, and more and more students from remote areas have gone out of the mountains through education.” In the countryside, use the knowledge you have learned to devote yourself to the construction of your hometown.

Paul said that in the past ten years, he has felt that China’s education has taken on a new pattern of opening up to the outside world, and has continuously strengthened mutual tolerance, mutual learning and intercommunication with other countries in the world. Yunnan is adjacent to South Asia and Southeast Asia, and is the frontier of opening up in Southwest China. Paul also followed the school he taught to Thailand, Laos, Myanmar and other countries to learn about language education in universities in various countries.

Today, Paul is exploring more interesting and practical language learning methods by learning Chinese. “It is hoped that through innovative extracurricular teaching, more students’ English learning will be ‘lived’ and provide more possibilities for promoting cultural exchanges between China and foreign countries.” (End)