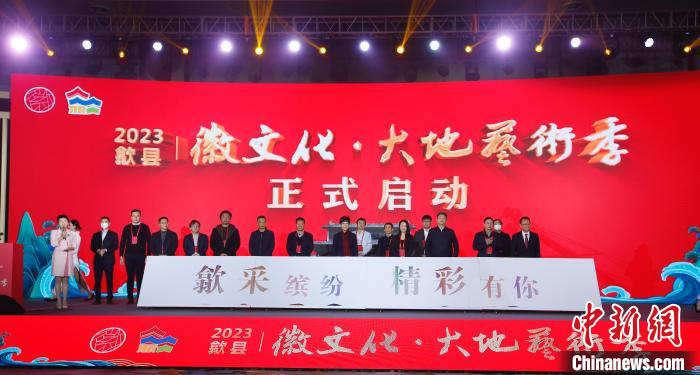 As a famous national historical and cultural city and the hometown of Chinese Anhui culture, Shexian County was the political, economic and cultural center of ancient Huizhou. Here, Huimo She inkstone, Huizhou Sandiao, Xin’an medicine and intangible cultural heritage folk customs are all over the urban and rural areas, and the traditional Chinese village ranks first at the county level in the country. 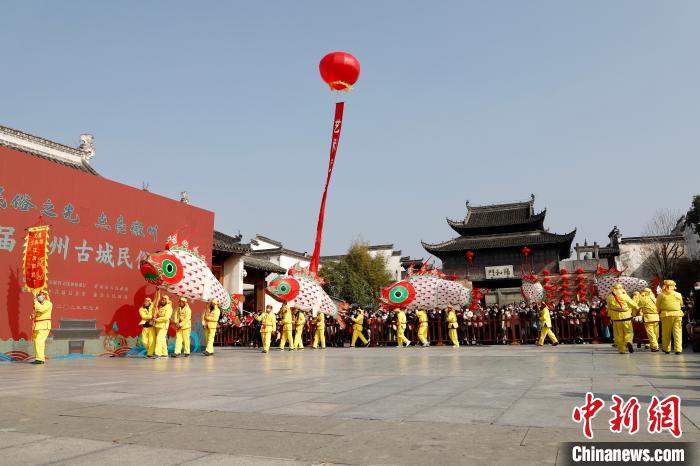 This She County “Hui Culture·Land Art Season” is themed with “‘She’ is colorful and wonderful with you”, takes Hui culture as the core, takes the integration of agriculture, culture and tourism as the path, and takes “1 main event + 9 “Site Activities” as the main carrier, innovatively launched a number of new business formats and new products, and offered tourism feasts and cultural feasts throughout the year for the general public and tourists.

Wang Kai, secretary of the Shexian County Party Committee, said at the on-site promotion that Shexian County is a land art museum of Hui culture without a roof. With profound connotation, the innovative launch of “Hui Culture · Land Art Season” is a new brand for the integrated development of culture and tourism, and promotes the creative transformation and innovative development of Hui culture. 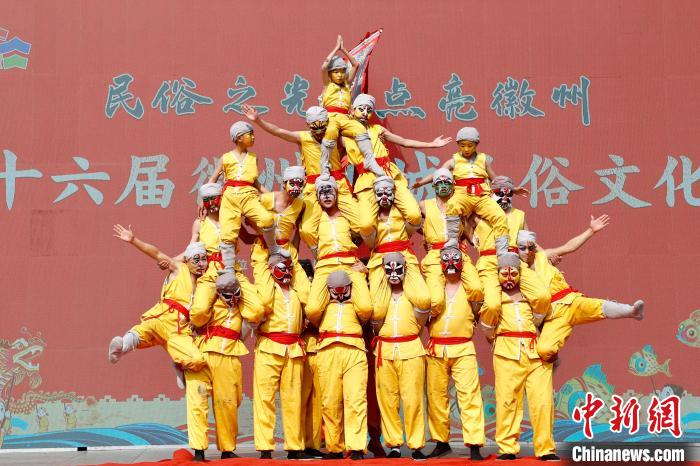 On the same day, Shexian County, China Academy of Art, China Photography Newspaper and Anhui Normal University Conservatory of Music respectively unveiled the plaques of the “Hui Culture·Land Art Season” co-construction bases. In addition, many folk customs such as Xucun Dasao Lantern, Yecun Stacked Arhats, Yingkeng Lion Dance, Fucheng Qilin Dance, etc. are also staged in She County in turn. The purpose of this folk parade is to allow citizens and tourists to have close contact with intangible cultural heritage and feel the charm of traditional folk culture through a number of folk performances.

It is understood that Shexian County will take this event as an opportunity to interpret Huizhou with art and illuminate Shexian County with creativity, which will effectively promote the inheritance and innovation of Huizhou culture, and effectively promote the ecological internationalization of “Great Yellow Mountain” and world-class leisure and vacation tourism. Destination building. (Finish)

Share
Facebook
Twitter
WhatsApp
Copy URL
Previous article
Light up New Year’s Eve, light up Chinese people’s expectations-Chinanews.com
Next article
Liaoning Public Security: The total number of illegal crimes will drop by 11.4% in 2022, and all homicide cases will be detected-Chinanews.com