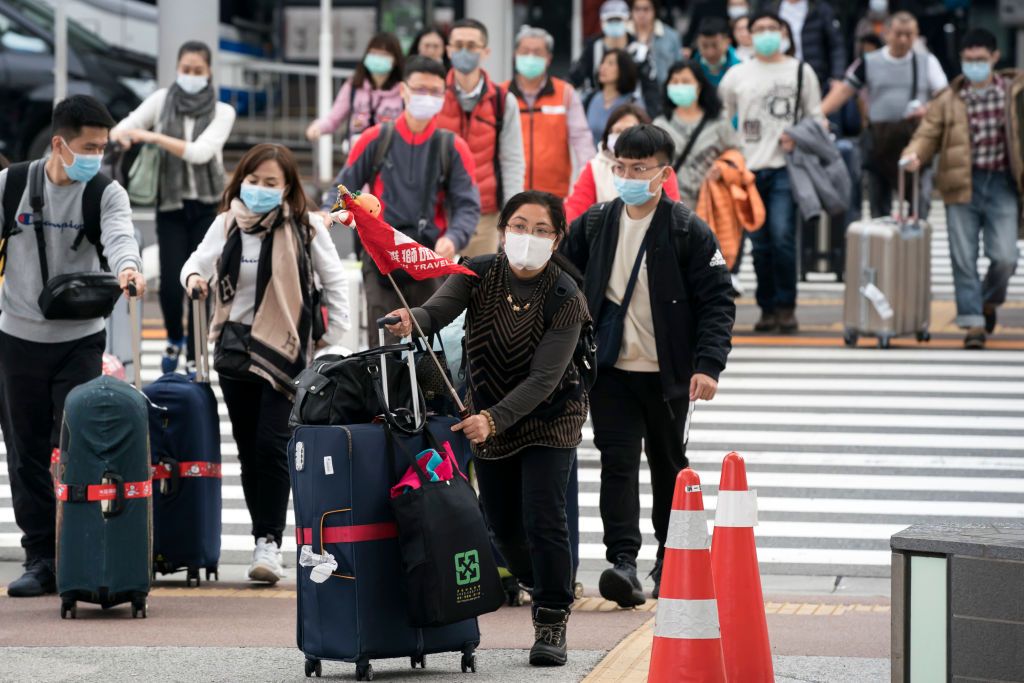 The Chinese government implemented a new epidemic prevention policy in early December last year, and domestic epidemic prevention measures have achieved major changes. At present, the country’s gates have resumed normal traffic, and people can travel freely to all parts of the world. However, China’s opening up of foreign tourism has caused the United States, the European Union, Japan, South Korea and other countries to adopt almost “discriminatory” epidemic prevention measures to varying degrees. These countries expressed “concern” about the surge in new crown infections in China, worrying that it may lead to new mutant strains, and believed that the Chinese government was unwilling to share new crown virus data with other countries, and there was information “opacity”.

This kind of customs enforcement that is only aimed at Chinese people has also sparked heated discussions in the American media. The New York Times pointed out that without full testing, contact tracing, and mandatory requirements for wearing masks, the only success of implementing selective disease control measures by origin is to target Chinese tourists as tourists. singled out by the Lord’s crowd, reigniting rampant anti-Asian hatred. The United States and the few other countries that have taken a similar approach (such as Italy, India, Japan and the United Kingdom) are simply a strong reaction to the huge racist sentiment in the country rather than a logical policy . Fears that a surge in infections in China could lead to the emergence of more dangerous variants, although the latest subvariant of Omicron, XBB. Sexual coercion, or cause people to panic. The US government only sees the new coronavirus from China as a real danger, and the strains circulating in the country as “milder infections”, which is actually rehashing hundreds of years when Asians were “sick and different” The old tune, revisiting the notion that the new crown virus is actually a “Chinese virus”. This makes Asian Americans may once again become scapegoats targeted by racists. The obvious distrust and poor communication channels between China and the United States in the field of public health surrounding the new crown have led to misunderstandings and misjudgments that have led to new confrontations between the two countries.

The new crown is a rare catastrophic event in global public health. All countries in the world have been affected. Countries such as Cambodia and Myanmar chose to “lie down” early. After various attempts, the Chinese government chose to adjust the epidemic prevention policy at a huge price. The United States, Australia, Canada, the United Kingdom, Japan and other countries have adopted “differentiated prevention and control” measures to deal with Chinese passengers, requiring them to provide proof of negative COVID-19 tests before and after arrival. For example, the French government announced that passengers traveling from China to France must submit a negative virus test certificate before departure, implement random screening upon landing, and require all passengers on the flight to wear masks. The British government announced that passengers traveling from China to British airports must provide a negative certificate of the new crown test before departure; in order to monitor the mutation of the virus, it reserves the possibility of sampling Chinese tourists arriving in the UK. The U.S. government announced on December 28 that all Chinese passengers entering the U.S. should hold a 48-hour negative nucleic acid test certificate before leaving China for boarding, or prove that the passenger has recovered from the coronavirus within the past 90 days. Acceptable are “nucleic acid tests or antigen self-tests administered and verified by approved medical institutions or telemedicine services,” according to the U.S. Centers for Disease Control, and those rules also apply to travelers from Hong Kong and Macau.

At present, the new crown epidemic is still prevalent in the world. The international community has not yet developed specific drugs and vaccines, and there is no recognized effective treatment method. The battle between humans and viruses is still in the critical stage. Cooperation should become the mainstream. Proved to be unfavorable for epidemic prevention. In fact, the United States and European countries have enough data and clinical research to prove that the epidemic is difficult to physically isolate, but they are still obsessed with implementing “differentiated” epidemic prevention policies, starting from ideological and political considerations, and selectively enforcing the law. Opposition from the wise. For example, French virologist Bruno Lina said that the fear of new variants appearing in China is purely “fantasy”. is insignificant”, and the testing of tourists has “more political significance than scientific significance”. Although Jeffrey Sharman, an epidemiologist at Columbia University in the United States, predicted that hundreds of millions of people may be infected in China in 2023, he also expressed his opposition to restricting the entry of Chinese tourists. “I don’t think it makes sense to do this,” Sharman said. “The purpose of the travel ban seems to be to keep the virus out of the country, but given that the virus has spread globally, it makes no sense to do so.”

In practice, the core of global interconnection is the flow of people. The three-year epidemic has seriously hindered the globalization process. The weakening of globalization is not only due to the obstruction of the flow of people caused by the epidemic, but major industrial countries have set up trade and investment barriers in an attempt to shift industries in a direction that is beneficial to their own countries. In the field of biopharmaceuticals, it uses its own advantages in vaccines and pharmaceuticals to highlight intellectual property rights in order to seek commercial profits (for example, the recent business negotiations between China and Pfizer failed to reach cooperation due to price issues) instead of humanitarianism, which in turn makes China, including It is difficult for developing countries to access advanced medicines and technologies on a large scale. China has been criticized and criticized during the three years of the epidemic. No matter whether the Chinese government adopts strict epidemic prevention measures or decides to open the country and realize free passage, China is always in a situation of being “blamed”. The United States has always characterized China as an “behavior other” and “value other”, and even violated scientific common sense, trying to treat Chinese tourists differently with “discriminatory” epidemic prevention measures. In the context of the mutated species still raging in the epidemic situation in the United States, this is tantamount to “covering one’s ears and stealing one’s bell”. On the surface, it seems that it is for security, but in fact it still strives to “close” China itself and strive to keep China in an “isolated” state. This is a typical “anti-globalization” move.

Looking back at the history of the global fight against the new crown epidemic, we must realize that any country in the world has struggled with the new crown on the premise of little experience and low preparation or even no preparation. Mistakes, jokes, prejudice and even confrontation, large-scale humanitarian tragedies are inevitable. There are differences in capabilities among major countries, but there are basically no differences in costs. At present, the virus and its mutations still pose severe challenges to global public health. Ideological prejudice and racial superiority are still the root causes of global anti-epidemic polarization, opposing positions, and intensified conflicts. From the perspective of the well-being of all mankind, the world needs leaders who can deeply understand this crisis, make judgments from the standpoint of human well-being, provide public goods, cooperate to create new opportunities, and coordinate and integrate global forces to respond to these challenges. Obviously, actors including the governments of the United States and continental European countries and multinational corporations failed to actively play this role, but took negative measures. The result will only be infinitely staged “inefficient” epidemic prevention.