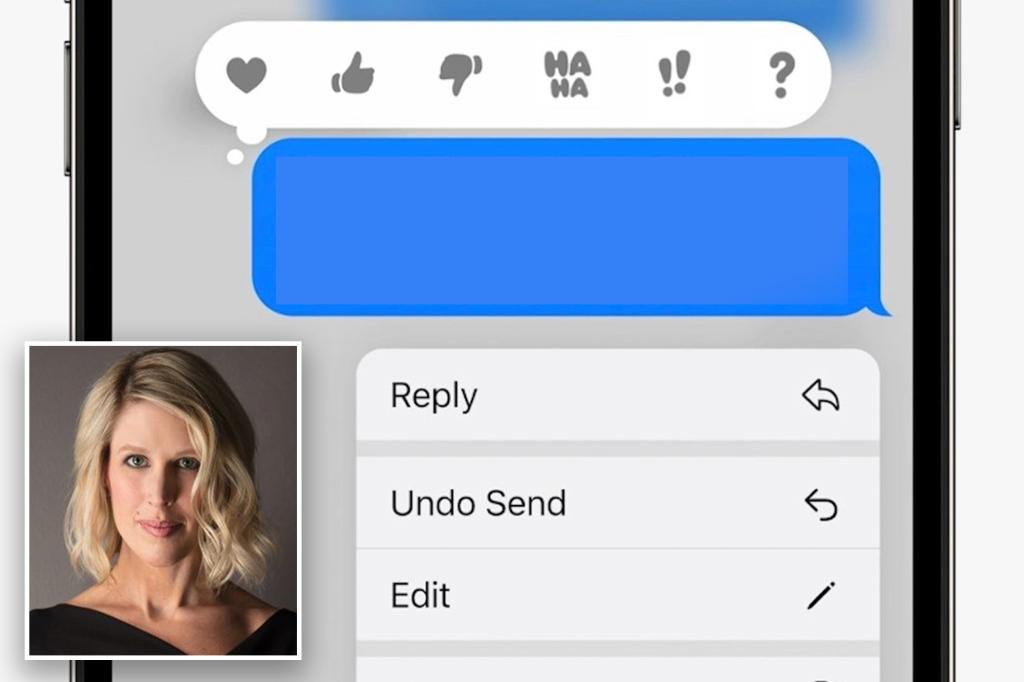 Apple’s plan to add “edit” and “undo send” features to iMessage risks emboldening sexual harassers and abusers, according to a high-profile lawyer who represents victims of such crimes.

In a letter sent to Apple CEO Tim Cook on Wednesday, attorney Michelle Simpson Tuegel warned the iMessage update “presents serious risk to those being subjected to harassment and abuse.”

Tuegel argues that the feature — which gives senders a 15 minute window to edit or delete their messages — could allow abusers to cover their tracks by sending violent threats or explicit images to victims, then deleting or modifying the messages.

That would make it more difficult for victims and their attorneys to gather evidence of abuse, Teugel told The Post. It could also let perpetrators “gaslight” victims by claiming to have never sent abusive messages in the first place.

Apple first unveiled the new iMessage features earlier this month. They are expected to be released to the public in the fall as part of iOS 16.

“When I saw this update, I was immediately struck — and was like, ‘Oh no,’ because I deal with this type of evidence in probably 90% of my cases,” said Tuegel, who has represented many victims of sexual abuse and harassment, including more than two dozen victims of ex-USA Gymnastics physician and serial child molester Larry Nassar.

In Tuegel’s letter to Cook, she recommends several ways that Apple can change the features to make them safer, including giving users notifications that messages have been changed and cutting the window of time that users can modify or delete messages from 15 minutes to 2 minutes.

“I’ve had a number of sexual assault cases, especially in date rape cases, where a perpetrator makes an admission the next day,” Teugel told The Post. “Fifteen minutes isn’t days, but it’s enough time for some to reflect on what they just sent and delete it.”

“The two minute window increases the chance that the messages are preserved,” she added, pointing out that Gmail’s “undo send” feature only works for 30 seconds after an email is sent.

Tuegel also recommends that Apple allow users to opt out of the edit and undo send features altogether, as well as clarify whether original versions of messages can be recovered through court orders or subpoenas.

She said she sent the letter to Cook on Wednesday morning and has not yet received a response.

Apple did not immediately respond to a request for comment.