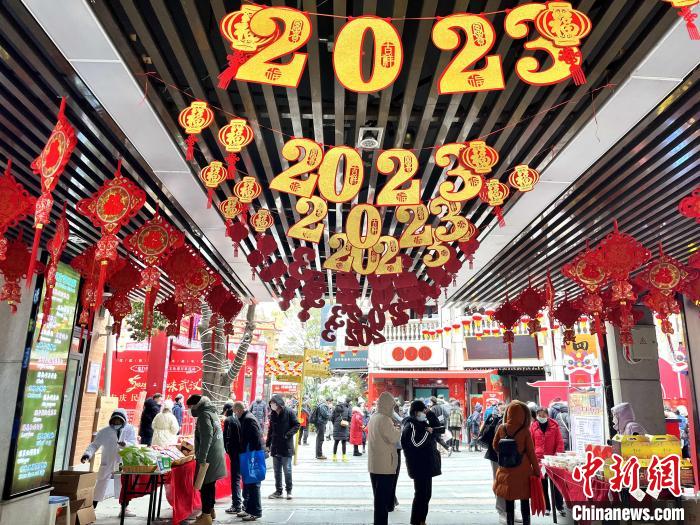 It was the Lunar New Year in the South that day. Walking into Jiqing Street, a string of red lanterns and Chinese knots decorated the street, and cheerful music played one after another, and the “New Year flavor” came oncoming. In time-honored stores such as Dehua Building, Wang Yuxia, and Guanshengyuan, citizens lined up in long queues. 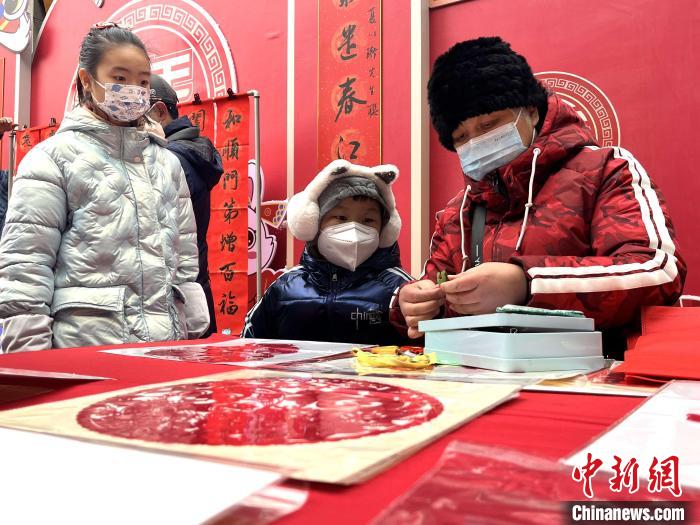 At the event site, the freshly fried Jingguo of Wang Yuxia, a time-honored brand in Wuhan, was the most popular. The 66-year-old master Li has been making traditional Chinese pastries for more than 40 years. Even though he has retired, he is always specially invited to make Jinguo every Spring Festival. The dough made of glutinous rice flour is cut into cubes, deep-fried in an oil pan until golden and crispy, then soaked in sugar water, and then covered with snow-white icing sugar. The oily and sweet Jingguo is made.

“Jingguo is a traditional dim sum in Wuhan. It is essential to visit relatives and friends during the Spring Festival.” Master Li told reporters that the key to whether Jingguo is delicious is its crispness. . 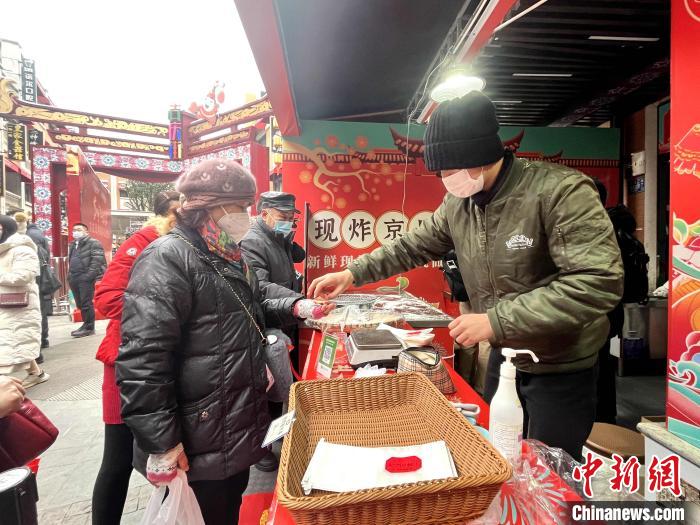 On the same day, Li Ying, a citizen of Wuhan, brought his grandson to buy New Year’s goods. She told the reporter that Jiqing Street is a traditional old street in Wuhan, where many time-honored brands of Wuhan are gathered. Although dim sum of various flavors emerges in an endless stream, it is always necessary to come here to find the old taste of Wuhan during the New Year and holidays.

“There is a strong ‘New Year flavor’ here, and there is a festive atmosphere everywhere.” Li Danni from Henan has been visiting Wuhan for a week. Before returning, she deliberately found out “strategy” and went straight to Jiqing Street to buy souvenirs. 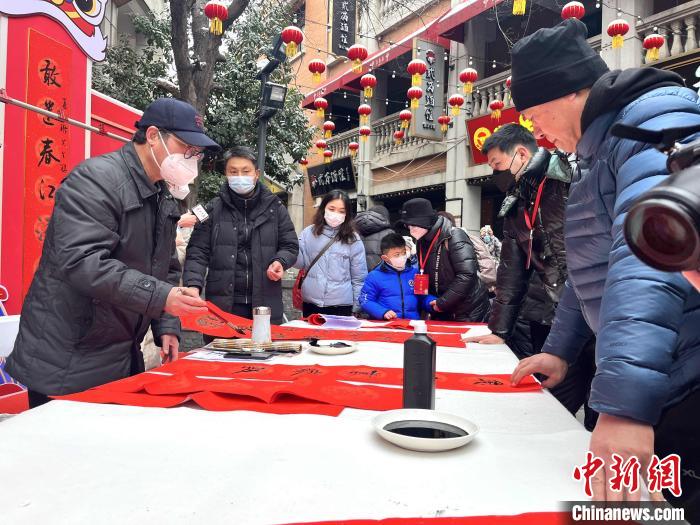 Cao Jing, a staff member of the Jiang’an District Cultural Center, told reporters that this year’s Spring Festival cultural activities started from the 24th day of the twelfth lunar month and continued until the 15th day of the first lunar month. To rich and colorful theatrical performances and intangible cultural heritage skills. During the period, there will also be folk activities such as majestic gongs and drums, dragon and lion dances, asking the God of Wealth to send blessings, guessing lantern riddles, and making Lantern Festival. (Finish)