Auckland’s music festival return was perfect – but why weren’t more people there? 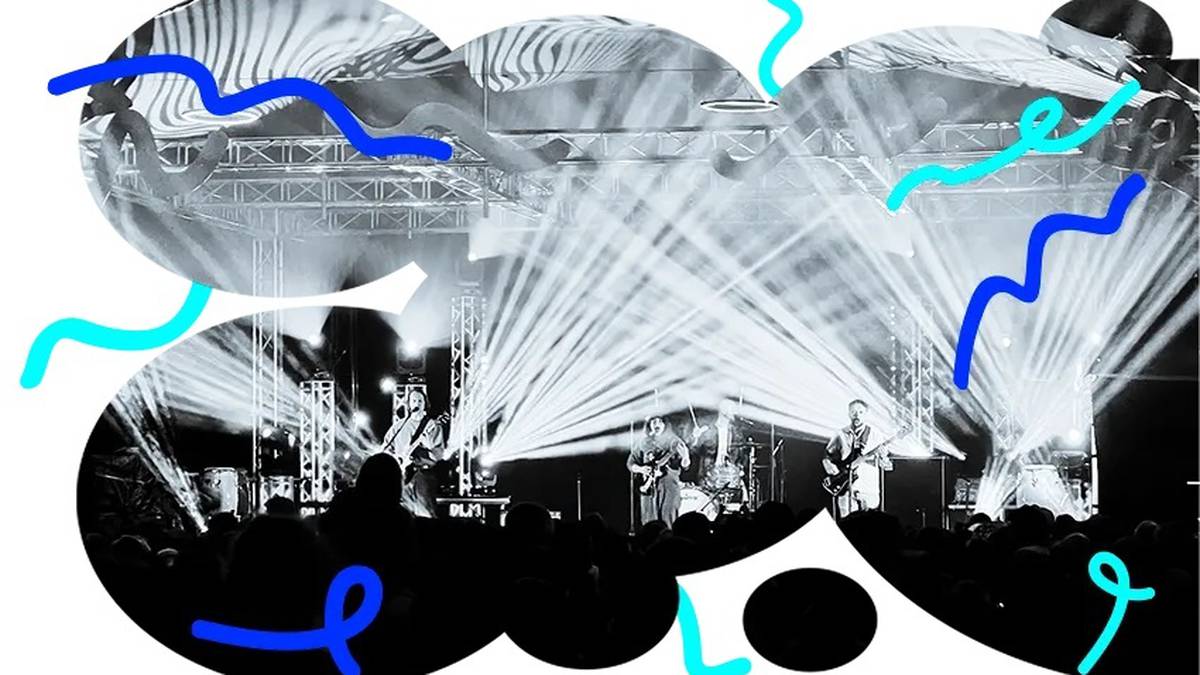 Originally published by The Spinoff

Multiple stages, food trucks, The Beths – Winter Best was just like a music festival of old. Only one thing was missing, writes Chris Schulz.

We found a car park, showed our tickets at the gate, wandered into Corban Estate Arts Centre and then just stood there gawping, our feet like concrete blocks. We hadn’t seen this many people gathered together in years. We didn’t know where to go, or what to do first.

The last time I was at a music festival, it was to see Tyler, the Creator headline Bay Dreams in Nelson. That was back in the carefree days of January, 2020. Neither I, my family, nor much of the rest of the country has been to a music festival since, for obvious reasons.

So it was a strange yet familiar experience to arrive at the West Auckland venue this past Saturday night. Strings of lights and glitchy laser beams spread across the sprawling grounds, with stages dotted from one end to the other – from a chill-out zone filled with pot plants to a clubby DJ zone nestled into a long corridor. A main stage hosted headliners The Beths and Leisure, while in a small church Tiny Ruins serenaded the few who were lucky enough to get inside. And it was all free.

Hundreds had arrived for the all-day festival, and they were huddled around tables, crammed around stages, gathered alongside DJ booths, scoffing dinner around food trucks, then squeezing into front rows.

I’d also forgotten what it was like to have festival FOMO, when multiple stages full of great acts means negotiating set lists, travel times, food stops, toilet breaks and, for parents, juggling their own wants and needs with those of their kids. You could, if you wanted, plant them in the family zone and let them get their faces painted while being entertained by the likes of Suzy Cato and Captain Festus McBoyle.

We used to do this all the time. That summer I saw Tyler, the Creator there was a string of festivals and stadium performances around the country, a record-breaking run of hot and heaving headliners that one publication dubbed “the summer of boom“. One Love. Laneway. Homegrown. Soundsplash. Rhythm & Vines. Splore. Womad. Elton John. Queen. The Pixies. Tool.

You could go see a major act play every few days. It all seems so excessive – and such a long time ago – now.

So Winter Bestan under-publicised event held on a drizzly Saturday, felt like a wobbly step in the right direction. Everything was in its right place, and no expense had been spared. If you wanted to travel there on two wheels, two minders were on hand to look after the bicycle stand. There was probably a security guard and emergency staff member for every 10 people, and a Portaloo for every two people. If you wanted plant-based chilli, paella, or Jamaican jerked chicken for dinner, you could do so while standing under covered stages with great sound, good vibes — and enough room to swing a cat.

Those headliners delivered, with Leisure dishing out a downbeat dose of summer funk, and The Beths showing off their spiky pop-rock honed to perfection on a recent overseas tour. We couldn’t get in to see Tiny Ruins, who performed inside a small church, with queues extending out the door, but I imagine that was magic too. With Anika Moa, Weird Together, Stinky Jim and Finn Andrews on the bill, it was the kind of lineup that doesn’t come cheap.

A great lineup, in an excellent location, at a well-organised event. Hundreds turned up, but why wasn’t it thousands? I only found out about Winter Best because of a random Facebook post. No one else in my office went. Several shrugged their shoulders when I asked if they’d be going on the Friday beforehand. Yet tickets were entirely free, easily claimed just by registering your email address.

Perhaps, worried about creating a super-spreader event, capacity was purposefully kept to a minimum. Possibly, a packed Eden Park hosting the hyped Blues vs Crusaders game across town was too much competition. Maybe it was the weather keeping everyone away. No one’s used to going to music festivals in June, especially when it’s muddy and drizzly. (According to organisers, Winter Best is “supported by the Local Activation Fund Programme, administered by Auckland Unlimited on behalf of the New Zealand Government”.)

But those who stayed home missed out. After half an hour, we relaxed into it. I smothered pastries from a food truck called Gracefully Jerked in diabolically hot sauce and ate them while taking in Leisure. Our kids ate chocolate brownies and played tag across a giant lily pad in the chill out zone, then experienced their first rave in a room filled with smoke and bass. When The Beths came on, my daughter danced furiously to Future Me Hates Me, then requested I put it on a playlist for her.

I went to bed that night with my ears ringing. I’d forgotten what that felt like. And I can’t wait to do it again.

Previous articleIt’ll take two to three years for the aviation sector to recover from labor shortages, says Air Arabia CEO
Next articleChennai exhibition traces the genesis and growth of commercial art from Madras