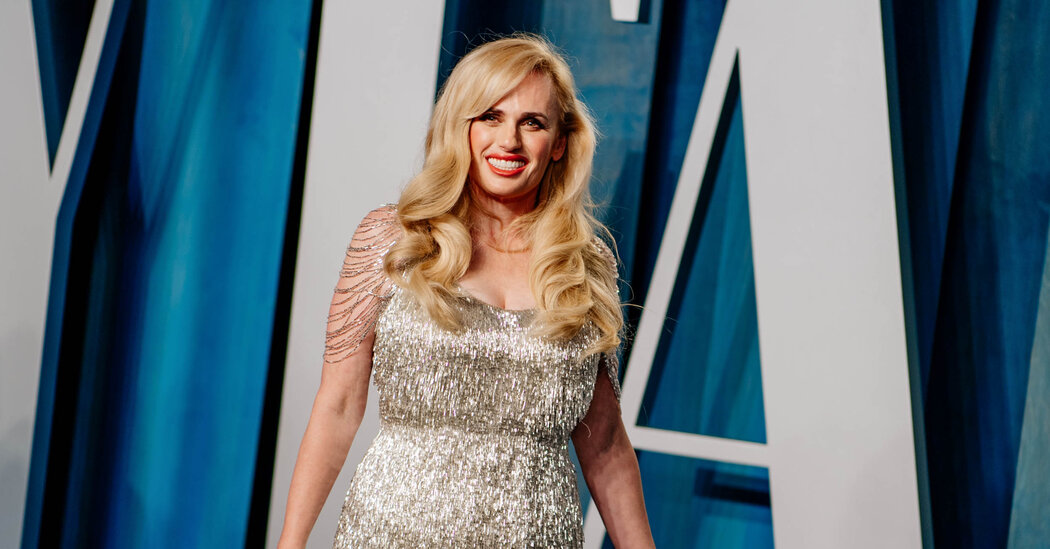 Before Rebel Wilson, the Australian actress and comedian, publicly revealed her new relationship, an Australian columnist who covers celebrities had given her representatives less than two days to comment before he published a column about the new couple.

In a since-deleted column published in The Sydney Morning Herald on Saturday, the columnist, Andrew Hornery, said that instead of “outing” Ms. Wilson, 42, he “erred on the side of caution” and gave her representatives two days to comment about her relationship with Ramona Agruma, a designer, “before publishing a single word.”

“In a perfect world, ‘outing’ same-sex celebrity relationships should be a redundant concept in 2022,” Mr. Hornery wrote. “Love is love, right?”

“Big mistake,” Mr. Hornery said in the deleted column, adding that Ms. Wilson “opted to gazump the story” by revealing her relationship on Instagram first.

The column drew criticism online from Ms. Wilson’s fans, other journalists and members of the L.G.B.T.Q. community, who say that the decision to come out and when to do so is a personal one. While Ms. Wilson had previously shared photos of herself with Ms. Agruma online, she had not publicly shared that they were dating.

In the Instagram postMs. Wilson, who is known for her roles in “Bridesmaids” and “Pitch Perfect,” shared that she was in a relationship with Ms. Agruma, the founder of a fashion brand based in Los Angeles.

“I thought I was searching for a Disney Prince … but maybe what I really needed all this time was a Disney Princess,” Ms. Wilson said in the postwhich had been “liked” more than 1.8 million times.

A representative for Ms. Wilson declined to comment on Monday, and Ms. Agruma did not immediately respond to a request for comment. Noting the online criticism, Ms. Wilson tweeted on Sunday that “it was a very hard situation” but that she was “trying to handle it with grace.”

Mr. Hornery, who is gay, wrote in his “Private Sydney” celebrity column on Saturday that Ms. Wilson’s “choice to ignore” his “discreet, genuine and honest queries was, in our view, underwhelming.”

“Of course, who anyone dates is their business, but Wilson happily fed such prurient interest when she had a hunky boyfriend,” Mr. Hornery wrote, an apparent reference to Jacob Busch, a descendant of the family that founded the American brewing company Anheuser-Busch.

Mr. Hornery did not immediately respond to a request for comment on Monday.

In a new column published Monday, he said that the newspaper had “mishandled steps in our approach” and that the original column had been removed from The Morning Herald’s website. The new column was headlined, “I made mistakes over Rebel Wilson, and will learn from them.”

“I genuinely regret that Rebel has found this hard,” Mr. Hornery wrote. “That was never my intention. But I see she has handled it all with extraordinary grace. As a gay man I’m well aware of how deeply discrimination hurts. The last thing I would ever want to do is inflict that pain on someone else.”

In a statement, Cathy Renna, a spokeswoman for National L.G.B.T.Q. Task Forcesaid that “not coming out on one’s own terms can be challenging personally and professionally, even when it is a positive, celebratory, inspirational act, as Wilson’s coming-out post was to so many.”

“While we see a generation of young people — and most people — cheer and then go about their lives when a celebrity comes out, we know there is still anti-L.G.B.T.Q. sentiment and reaction that can impact our lives in many ways,” she said.

Aryn Fields, a spokeswoman for the Human Rights Campaign, said that the decision to come out “is a deeply personal choice.”

“Each of us deserve the opportunity to come out on our own terms — and, if that wasn’t true for Rebel Wilson, it should have been,” Ms. Fields said.

In his new column, Mr. Hornery said that he contacted Ms. Wilson’s management on Thursday morning via email to ask whether she wanted to comment on the relationship, noting that his deadline was 1 p.m. Friday. He said that he had several sources who had confirmed the relationship, but that he was seeking a comment “in the interests of transparency and fairness.”

“I received no reply, which was entirely Rebel’s right,” Mr. Hornery wrote. He said that in the future the paper would exercise more care in stories that involve people’s sexuality. “It is not the Herald’s business to ‘out’ people and that is not what we set out to do. But I understand why my email has been seen as a threat. The framing of it was a mistake.”

In an editor’s note published Sunday, Bevan Shields, the editor of The Morning Herald, which is owned by Nine Entertainmentsaid that he had been closely reading feedback about the column.

But Mr. Shields wrote that “to say that the Herald ‘outed’ Wilson is wrong.”

He said the columnist had “simply asked questions and as standard practice included a deadline for a response.”

“I had made no decision about whether or what to publish,” Mr. Shields wrote, saying he would have taken her response into account. “Wilson made the decision to publicly disclose her new partner, who had been a feature of her social media accounts for months.”