Baiyin, Gansu: The transportation network “adds wings” and the integration of railways and tourism creates a “mobile business card”-Chinanews.com 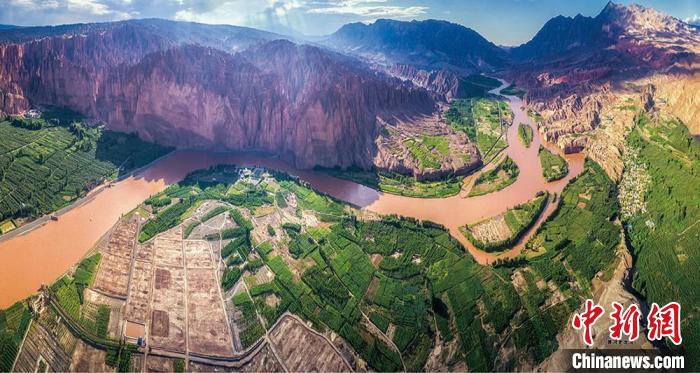 Chinanews.com, Lanzhou, January 16th (Liu Yutao) “I haven’t been home for a year. This time I took the high-speed rail home. It was very comfortable and fast.” On the 16th, Lu Jialin took the bus from Yinchuan back to her hometown in Baiyin, Gansu. High-speed rail, with gifts for parents, ready to go home for the New Year.

Lu Jialin, who has been working in Ningxia all year round, took her children back to her natal home for the New Year. She said: “The child saw pictures of the Yellow River Stone Forest, Yongtai Turtle City, and Ceramic Town on the train, and kept asking me, ‘Where is this? It’s so beautiful’. I feel very proud. I saw the pictures of my hometown on the train home. Element, very kind.” 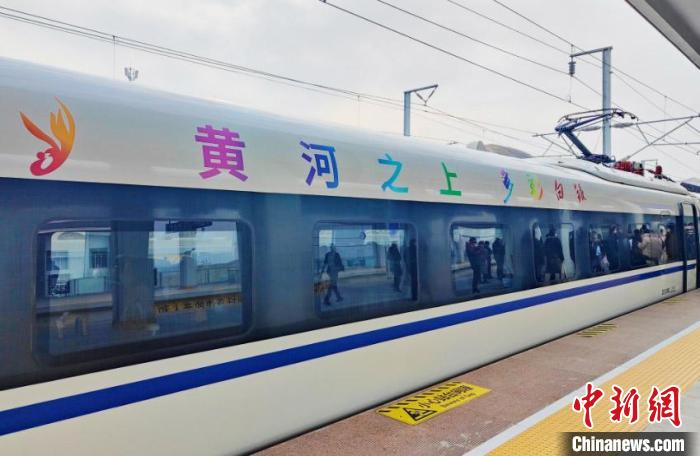 The picture shows the debut of the “Above the Yellow River·Colorful Silver” named EMU train.Photo by Liu Yutao

Economic development, transportation first. In December 2022, with the official opening of the Zhonglan section of the Yinlan-Lanzhou high-speed railway, the transportation network of Baiyin City will be “added more wings”, and Baiyin City has since entered the era of high-speed rail. A few days ago, the “Above the Yellow River·Colorful Baiyin” named EMU train was launched, which further promoted the integrated development of railway tourism in Baiyin City and increased the popularity of Baiyin cultural tourism.

Wan Keke, deputy director of the Gansu Provincial Department of Culture and Tourism, said that the brand train will carry out cultural and tourism title promotion activities, and will vigorously promote the beauty of mountains and rivers, customs, and humanities in Baiyin. It is of great significance and will have a far-reaching impact to create an atmosphere of “attracting customers to silver” in the chapter of Baiyin Story Cultural Tourism that “those who are near are pleased with those who are far away”.

Baiyin is located at the intersection of Shaanxi, Gansu, Ningxia and Qinghai provinces, 69 kilometers away from Lanzhou, the capital of Gansu Province, and 40 kilometers away from Lanzhou Zhongchuan International Airport. The Baolan, Ganwu Railway and Zhonglan Passenger Train pass through the territory, and the Beijing-Tibet, Qinglan, Dingwu, Wuma Expressway and several national highways criss-cross. The Baiyin General Airport was completed and put into operation, forming a three-dimensional traffic structure.

Baiyin is the only important node city in the country named after precious metals and located in the hub of the Silk Road. The Great Wall, the Yellow River and the ancient Silk Road converge here. The Yellow River culture, red culture, Silk Road culture, and industrial and mining culture blend and coexist in Baiyin, creating a Four high-quality tourism routes including the Yellow River Custom Tour, Red Educational Tour, Industrial Civilization Tour, and Ecological Leisure Tour have been launched, forming a tourism brand image of “Above the Yellow River·Colorful Silver”. 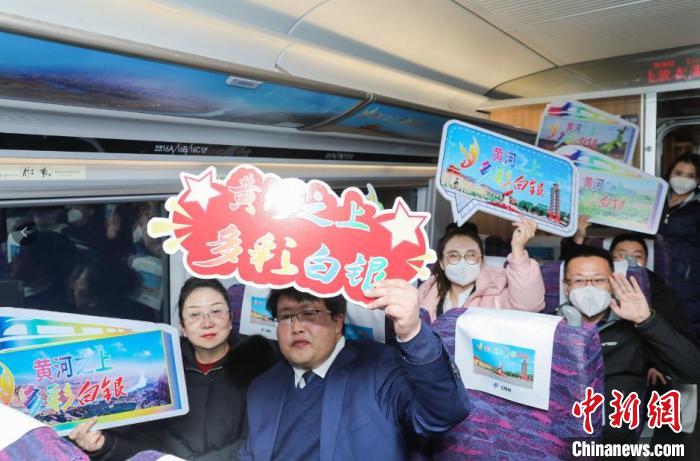 The picture shows guests trying to ride the high-speed train with the theme elements of Baiyin tourism.Photo courtesy of Baiyin Municipal Bureau of Culture, Radio, Television and Tourism

In recent years, Baiyin City’s cultural, radio, television and tourism system has implemented the strategy of strengthening the city through cultural tourism, strengthened the integrated development of culture and tourism, continued to amplify the comprehensive effect of cultural tourism, and made every effort to create a new economic growth pole, leading Baiyin to become a landscape full of vitality and carrying dreams The city of beauty, the city of charm, the city of happiness.

According to statistics, in the first three quarters of 2022, Baiyin City will achieve an added value of 1.07 billion yuan in the cultural industry, a year-on-year increase of 12.4%. As of the end of October, the cumulative number of tourists received was 7.4042 million, and the comprehensive tourism income was 2.037 billion yuan.

Yang Jianwu, secretary of the Baiyin Municipal Party Committee, said that Zhonglan Passenger Train is an important part of the Jinglan Passage of my country’s “eight vertical and eight horizontal” railway network. The “Above the Yellow River·Colorful Baiyin” named train will become a flowing and beautiful business card of Baiyin, comprehensively enhance the popularity and influence of Baiyin Cultural Tourism, and add new strong impetus to the high-quality development of Baiyin. (Finish)