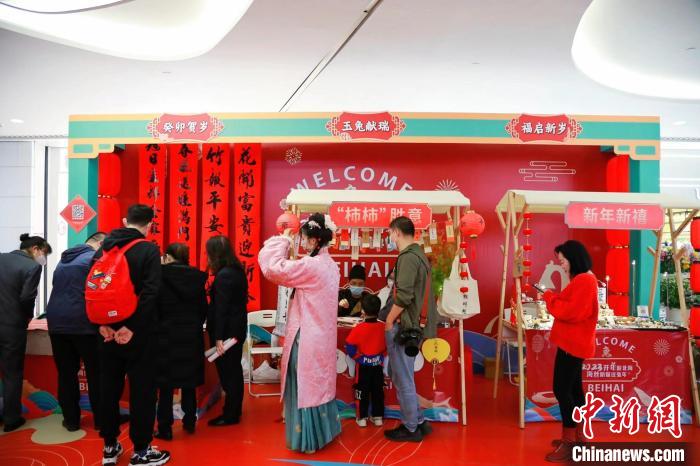 The picture shows the New Year’s tour in Beihai.Photo courtesy of Beihai Municipal Bureau of Tourism, Culture and Sports

China News Service, Beihai, January 12 (Zhai Liqiang, Pan Tingting) With the further optimization of epidemic prevention and control measures, the well-known coastal tourist city of Guangxi Beihai Cultural Tourism has pressed the “recovery button”. The Beihai Municipal Bureau of Tourism, Culture and Sports introduced on the 12th that when the Spring Festival is approaching, the local area has launched a series of tourist boutique routes, preferential policies for scenic spot tickets, and tourism cultural and sports activities to further stimulate holiday consumption.

According to reports, during the Spring Festival, Beihai will rely on the unique cultural resources of the Maritime Silk Road, combine the culture of the “Chinese Year” and the characteristics of Chinese New Year tourism, and launch the theme of “roaming the ancient port of the Maritime Silk Road in warm winter”, “riding the wind and breaking waves in warm winter” and “Dating in Binhai-Beihai Africa” Cultural Heritage Theme” and other Chinese New Year tourism boutique routes, as well as more than 10 preferential policies for scenic spots and nearly 40 activities, covering Chinese New Year Carnival, Spring Festival parade, cultural performances, intangible cultural heritage markets, Han County visits to ancient times, etc. 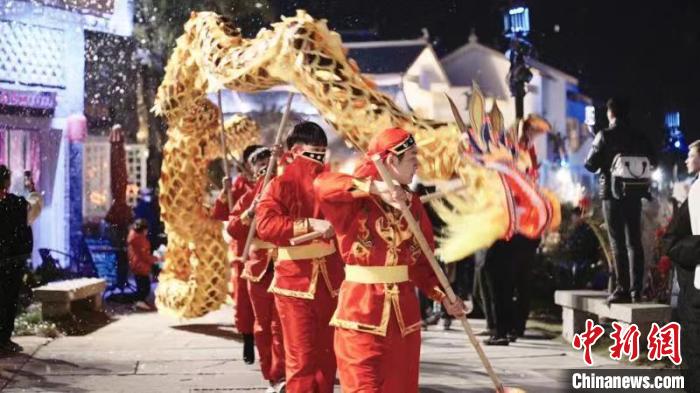 The picture shows the dragon dance show at the first port of Beihai Sea Silk Road during the New Year’s Day in 2023.Photo courtesy of Beihai Municipal Bureau of Tourism, Culture and Sports

With the further optimization of epidemic prevention and control measures, the tourism consumption market in Beihai is accelerating its recovery. On New Year’s Day in 2023, the number of tourists received by Weizhou Island in the Beihai Sea and the first port of the Sea Silk Road will increase significantly compared with the same period. In the face of the upcoming tourist peak during the Spring Festival holiday, major tourist attractions, tourism, cultural and sports enterprises and businesses in Beihai City have provided various forms of preferential measures to benefit the people.

According to the “2023 Spring Festival Tourism Market Forecast Report” released by the Ctrip platform, the number of travel orders during the Spring Festival in Beihai increased by 126% year-on-year.

Li Caicai, secretary of the party group and director of the Beihai Tourism, Culture and Sports Bureau, said that since the outbreak of the epidemic, Beihai has actively responded to the epidemic, managed it carefully, and implemented precise policies. The recovery is in good shape. 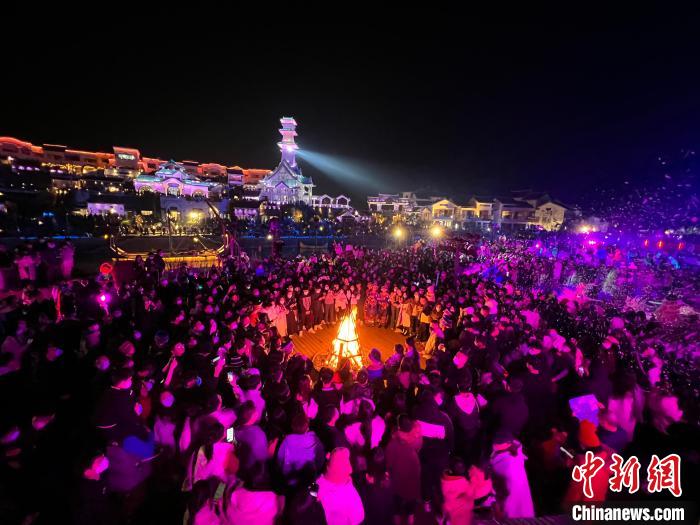 The picture shows that during the New Year’s Day in 2023, the first port of the Beihai Sea Silk Road is very popular.Photo courtesy of Beihai Municipal Bureau of Tourism, Culture and Sports

According to reports, in the past three years, a number of major cultural and tourism projects in Beihai City have made stunning appearances, international brand hotels have been built and operated one after another, cultural and tourism infrastructure has been gradually improved, and tourism formats have become more abundant, presenting a new look of “ancient, beautiful, new and trendy” . Beihai City has also successfully hosted the Guangxi Cultural Tourism Development Conference, the 17th China-ASEAN Cultural Forum, Guangxi Cultural Expo Tourism Art Activity Week and the “Belt and Road” International Regatta and other major festivals and conferences.

Li Caicai said that we seized the opportunity and released new travel routes, new discounts and new activities in the Spring Festival, aiming to further activate the tourism consumption market in Beihai. Next, we will also carry out a series of New Year’s Eve consumption promotion activities to welcome the comprehensive recovery of the cultural tourism industry with a new look. (Finish)

Share
Facebook
Twitter
WhatsApp
Copy URL
Previous article
In the past five years, “finless porpoise smiles” and “thousands of birds fly together” have become vivid business cards of beautiful Jiangxi-Chinanews.com
Next article
Pregnant women are about to give birth, the train speeds up the new life by 10 minutes-Chinanews.com