“Bridge Doctor” of Qujiu-Kowloon Railway: Overhaul at an altitude of more than 20 meters to escort the return journey of the Spring Festival Transport-Chinanews.com 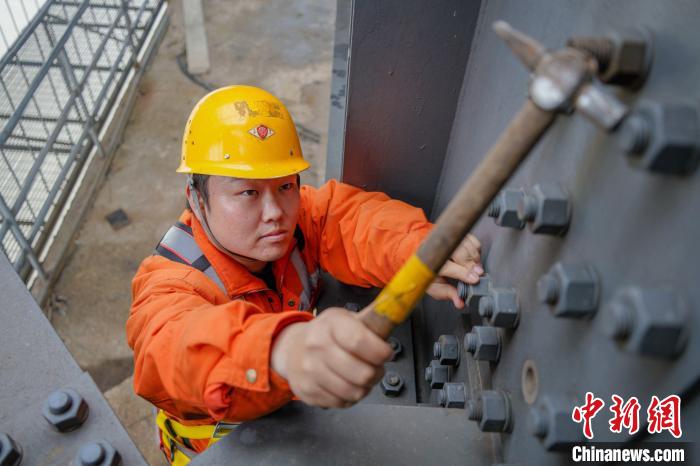 The picture shows the train passing the Poyang Lake Bridge, and the bridge and tunnel workers are overhauling the bottom of the bridge.Photo by Wang Hao

(New Year at the grassroots level) “Bridge Doctor” of the Qujiu-Kowloon Railway: Overhaul at an altitude of more than 20 meters to escort the return journey during the Spring Festival

Chinanews.com, Jiujiang, Jiangxi, January 17th, title: “Bridge Doctor” of the Qujiu-Jiujiang Railway: Overhaul at an altitude of more than 20 meters to escort the return journey during the Spring Festival

“Don’t look down, fasten your seat belt, take your time!” Climbing up the Poyang Lake Bridge on the Qujiu-Kowloon Railway, Dang Jieming straightened his hard hat that had been blown crooked by the wind with one hand, and grabbed the new young worker next to him with the other. The howling wind squinted their eyes slightly, and the roaring train passing overhead made the inspection vehicle suspended 21 meters in the air shake a bit.

The Poyang Lake Bridge of the Qujiu-Kowloon Railway is located near the estuary of Poyang Lake, the largest freshwater lake in China, with a total length of 5,360 meters, spanning the waters and waterways of Poyang Lake as a whole.

The picture shows a bridge worker using an inspection hammer to check the “disease” of steel beam bolts.Photo by Huang Zhongbin

On the eve of the Spring Festival, Jieming and his workers came to the bottom of the Poyang Lake Bridge for equipment maintenance at the Pipa Lake Road and Bridge Maintenance Work Area of ​​the Jiujiang Bridge Section of China Railway Nanchang Bureau Group Co., Ltd. When overhauling, they need to pass through the box girder, turn over to the inspection car, “top” the roaring train, and “step” on the waves of the lake.

Even in the daytime, the airtight and low box girder is still pitch black. Only the gaps between the box girder joints and a few reserved round holes on the box girder wall can emit weak light. Torch lighting. 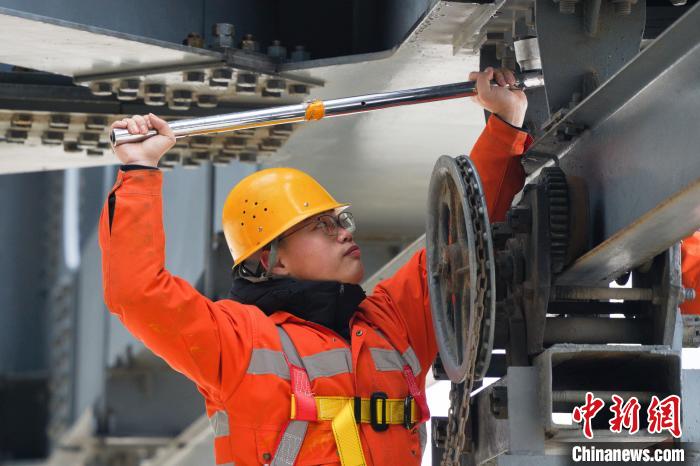 “Bend down and lower your head, and be sure to pay attention to your feet.” Walking in the box beam, Dang Jieming walked at the end of the maintenance team with a headlight. He reminded the workers from time to time, “The running board at the junction of the box beam is made of two wooden boards. It is made of pieces, and the junction is low, if you don’t pay attention, you will hit your head, if you don’t step on your feet, you may slip and fall off the pier, which is very dangerous.”

As a key control project for the entire line of the Qujiu-Kowloon Railway, the Poyang Lake Bridge has 144 bridge holes and more than 140,000 sets of high-strength bolts. “The temperature is low in winter, and the steel girder bolts are easy to break. We need regular inspections and replace them immediately if they are found to ensure the stability of the bridge. Once an inspection is performed, it takes at least two or three days, and at most seven or eight days.” Dang Jieming said. 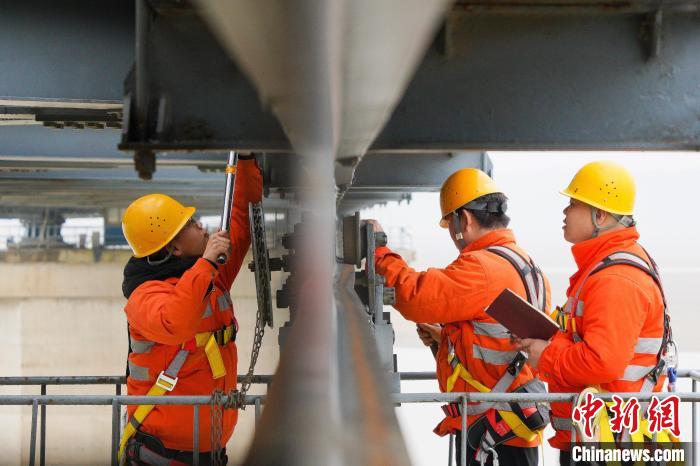 Poyang Lake in winter is cold and windy, and the inspection car needs people to turn the pulleys at both ends at the same frequency to move forward. “Don’t worry, it’s raining and it’s slippery, turn slowly!” After a while, the maintenance worker’s cheeks were flushed, and the hot air exhaled from his mouth instantly turned into a white mist. 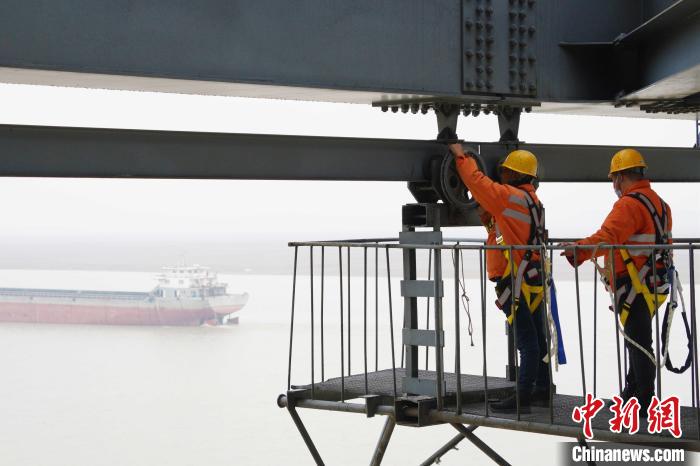 The picture shows the maintenance personnel standing at the bottom of the Poyang Lake Bridge to operate the inspection vehicle.Photo by Huang Zhongbin

“The vibration generated when the train passes will cause the bolts to break and lose, which will affect the driving safety. We need to carefully inspect each bolt and tighten and replace it in time.” Dang Jieming tapped the inspection hammer on the bridge lightly and precisely, Found a bolt that was somewhat loose.

“I’ll do it!” Worker Xu Xinmin took the first step forward with an afterburner wrench to tighten the bolts. “At first I found it strenuous to hold this wrench, and I couldn’t take it anymore after twisting it twice. Now I’ve practiced it.” He tightened the bolt firmly and patted the bolt lightly, like “an old man” “Greetings are normal. 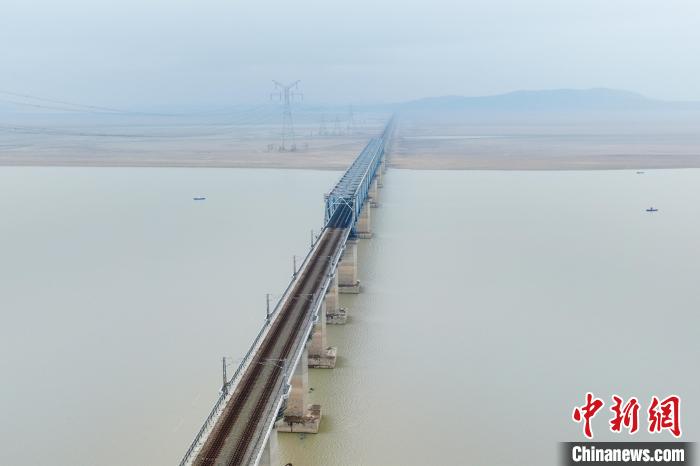 Aerial photography of the Poyang Lake Bridge in winter.Photo by Wang Hao

“People often ask us, do we really need to inspect the more than 140,000 sets of high-strength bolts one by one?” Dang Jieming touched the bolts just tightened by the workers, and said after a pause, “Each bolt can be understood as a ‘vessel’ of the bridge. , not careless.”

As the New Year approaches, all parts of China have ushered in peak tourist flows, such as traveling, visiting relatives, and returning home. “During the Spring Festival travel season, we need to strengthen inspections to ensure the safety of the trains and allow passengers to go home safely!” Looking up at the trains passing overhead, Dang Jieming continued to wave the inspection hammer in his hand, ding ding dong dong overhauled. (Finish)