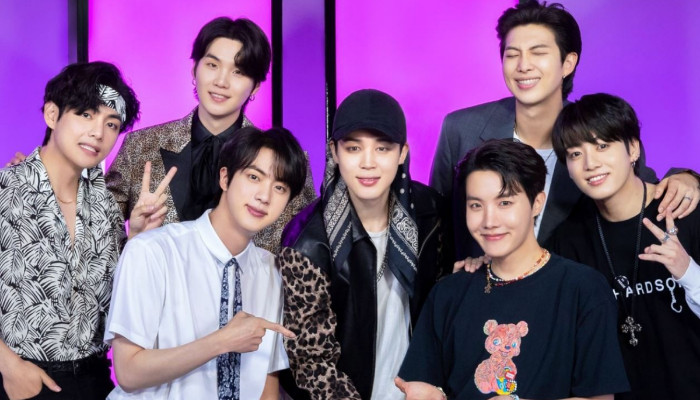 K-Pop sensation BTS is taking a break, announcing the hiatus in an emotional new video shared with their fan army.

The septet, consisting of band members V, Jungkook, RM, Suga, Jimin, J-Hope and Jin, made the tearful announcement during their annual FESTA dinner that marks their debut.

With this year’s FESTA marking the ninth year of BTS’ debut, band members said that it was time for them to take an ‘extended break’ from their BTS act and to pursue solo projects.

Directly addressing the BTS ARMYs in the video, RM said: “I always thought that BTS was different from other groups, but the problem with K-pop and the whole idol system is that they don’t give you time to mature. You have to keep producing music and keep doing something.”

His fellow band members also chimed in to share how the decision to take an extended break was difficult but necessary for them as a group.

“I think that’s why we’re going through a rough patch right now, we’re trying to find our identity and that’s an exhausting and long process,” he added.

Band member J-Hope added that it was important for BTS to take a break for them to be able to kick off the ‘second chapter’.

J-Hope’s solo gigs will kick off the ‘second chapter’ for BTS, as he is set to headline Lollapalooza in July.

The band’s break comes just after the release of their anthology album PROOF, as well as a smash-hit new single titled Yet To Come.