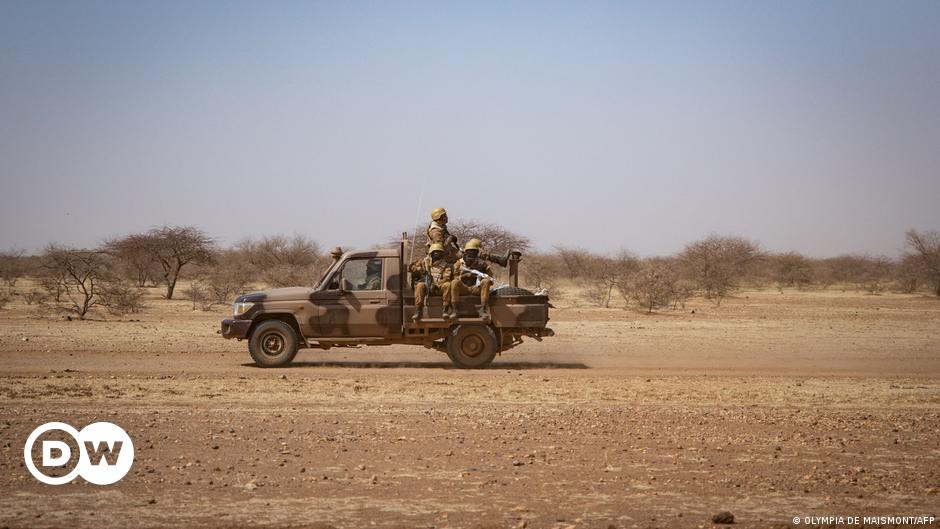 The government of Burkina Faso revealed on Tuesday that soldiers had recovered the bodies of 79 victims killed in an attack in the northern province of Seno over the weekend.

No group has claimed responsibility for the armed assault on the town of Seytenga, but the West African country has been fighting an Islamist insurgency — with connections to al-Qaeda and the so-called “Islamic State” (IS) — for years.

Survivors of the attack who managed to flee to a nearby city said that they had been left defenseless after government soldiers left the area.

Burkina Faso has been ruled by the military since a coup ousted President Roch Marc Christian Kabore in January over allegations that he had not done enough to put down the insurgency.

Survivors say they were left defenseless

The attacks first began last Thursday when an unidentified group killed 11 gendarmes in an attack on a military police post near Seytenga.

The security forces then reportedly retreated to the regional capital of Dori, abandoning the security post and leaving no protection for when the attackers came.

The armed group “went from shop to shop, sometimes torching them,” one man told AFP news agency. “They opened fire on anyone who tried to run away. They stayed in the town all night.”

“They looted homes — they killed anyone they found, men, children. There are so many dead. It’s just awful,” a woman survivor said.

The government said that over 3,000 people, most of them children, arrived in Dori on Monday after fleeing the attack. A project coordinator for Medecins Sans Frontieres in Dori said the number had risen to more than 6,800 by Tuesday.

The government has announced a three-day period of mourning to remember the victims of the attack, the deadliest in the country this year.

An attack in the northeastern village of Solhan in June last year left at least 132 people dead. Anger over that attack eventually led to the overthrow of the elected government.

Nevertheless, attacks have continued and the death toll over the past few months is in the hundreds.