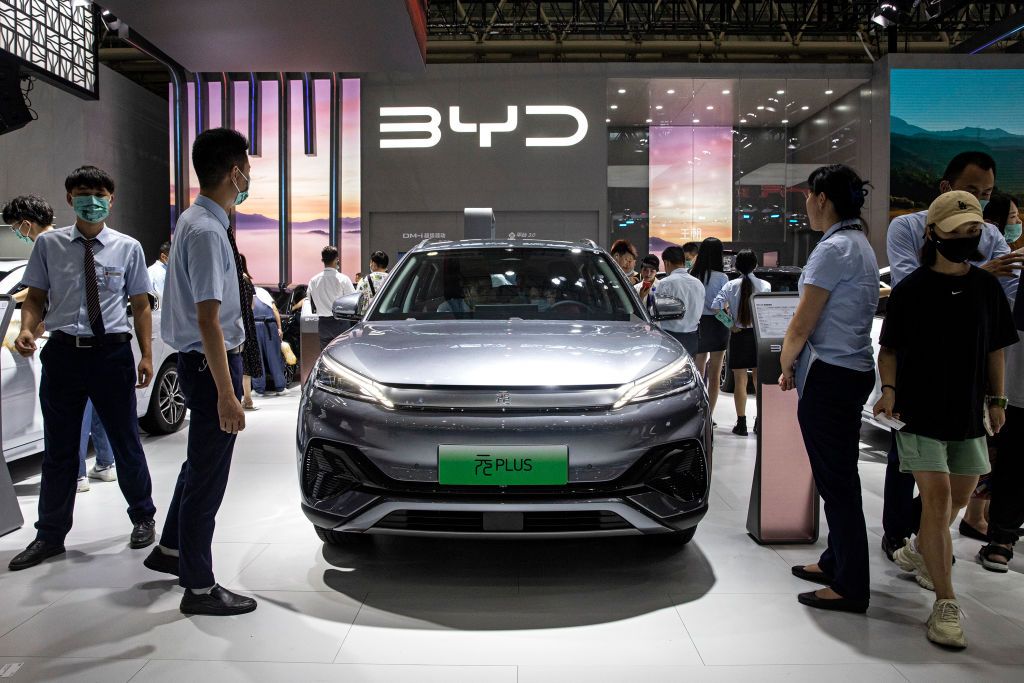 Depending on demand for its cars, the company could also expand its Indian production after 2025, an executive at Shenzhen-based BYD, whose investors include Warren Buffett, said.

“If the technology is accepted by consumers, then we cannot say no to the demand,” Sanjay Gopalakrishnan, senior vice-president of BYD India, told the Financial Times. demand, which means we have to explore the possibility of local assembly with partners.”

Gopalakrishnan said that depending on demand, BYD could start assembling cars from complete knockdown (CKD) in a “second expansion phase” if it decides to offer higher volumes and more models.

The shift from semi-bulk parts to full-bulk parts will improve the localization of BYD’s components in India.

BYD started deliveries of its ATTO 3 electric sports utility vehicle (SUV) in India this week and said it had received nearly 2,000 orders.

At Auto Expo 2023, India’s leading auto show, the Chinese automaker unveiled the BYD Seal on Thursday, saying it plans to start selling the premium electric sedan in October, a time when sales typically rise during the Hindu festival. .

Gopalakrishnan said BYD aims to sell 15,000 vehicles in India this year. That would put it second only to Tata Motors, which expects to sell 45,000 to 50,000 electric vehicles in the fiscal year to end-March.

BYD last week unveiled the first models of a new luxury brand that aims to compete at the premium end with established luxury carmakers such as Mercedes-Benz and BMW.

The company reported sales of 1.86 million vehicles last year, up 155% from the previous year. BYD does not produce traditional internal combustion engine vehicles, but focuses on producing hybrid and pure electric vehicles.

Growth in EV sales has so far been slower in the price-sensitive Indian market than in the U.S. or Europe, where average incomes are higher and government subsidies for early producers and buyers are more generous.

However, industry figures and analysts expect demand for electric vehicles in India to rise in the coming years as the country expands its vehicle charging infrastructure and strengthens incentives for producers of electric vehicles, batteries and related technology systems.

Electric vehicle technology is one of several strategic industries identified by New Delhi, where the government hopes to support local manufacturing and avoid ceding key industrial sectors to Chinese imports.

“The world is looking for an alternative to China,” said Rajat Verma, founder and chief executive of Lohum, a company that recycles car batteries and extracts the raw materials for resale. “We can be that alternative.” .”