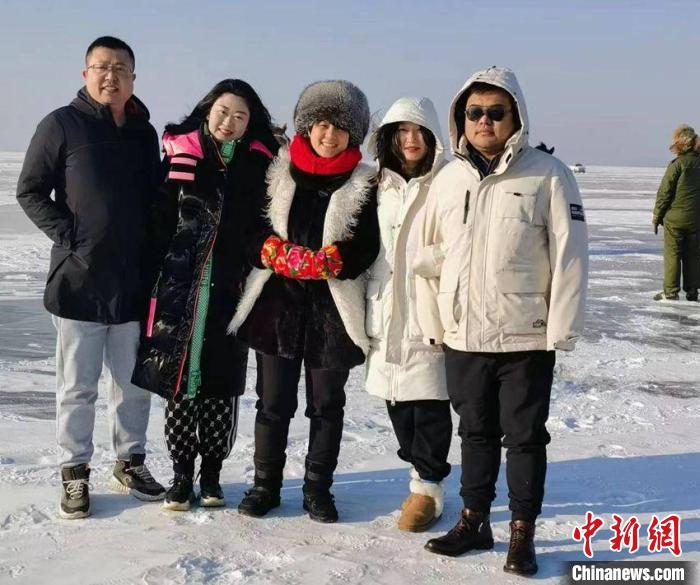 Qu Limin (in the middle) takes tourists on a tour.Photo provided by the interviewee

Chinanews.com, Songyuan, January 8th (Gao Longan) At night, the Chagan Lake Fishing Ground is brightly lit. Qu Lijie and his crew will select 200 large fish weighing about 20 kilograms here, clean them up while they are fresh, and then pack them. Put it into the incubator, and catch up with the first logistics team to load and deliver the goods the next morning.

Located in Songyuan City, Chagan Lake is the largest natural lake in Jilin Province and one of the top ten freshwater lakes in China. The winter fishing in Chagan Lake is famous all over the world, so the local fishery and tourism industry are developing rapidly. This winter fishing season, a net of “head fish” was sold at a high price of 1,699,999 yuan.

Qu Lijie is a “post-90s” fisherman who lived by Chagan Lake with her sister Qu Limin since childhood. Ten years ago, after graduating from university, Qu Lijie chose to return to his hometown to start a business and run a fish restaurant business with his family.

Now, Qu Lijie has opened a new restaurant in the newly developed Beihu area, enough for three or four hundred people to eat at the same time. The last month is her busiest time. “I get up at 4 o’clock every morning to check the order, start to load the car at 7 o’clock and send the express delivery, start stewing fish in the pot at noon to welcome the guests, and go to the fishing ground to choose fish at night.” 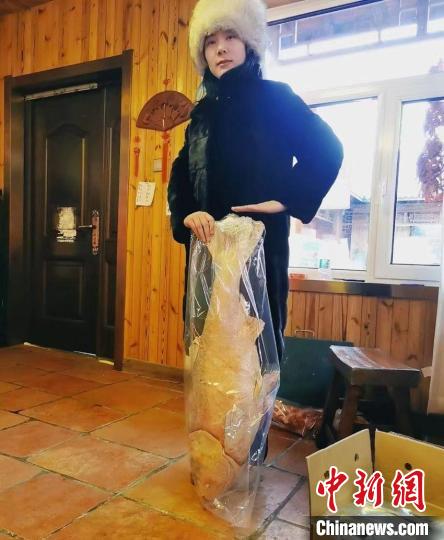 The fat head fish in Chagan Lake is the most famous, and it can be eaten in a variety of ways. The fish head can be made into chopped pepper fish head, the fish body can be stewed with sauce and made into dumplings, and the fish tail is the most delicious when fried. Fish that weigh more than ten catties are the best sellers, one can feed five or six people, and fish that weigh more than thirty catties are one meter long, which is definitely a rare commodity that is in high demand.

Qu Lijie said that most of the customers who order fish come from Beijing, Hebei, Shandong, Jilin and other places. In recent years, orders from Guangdong, Hainan and other places have gradually increased. “The cost of sending an order to Guangdong is nearly 300 yuan, but customers accept this and would rather spend more money.”

The older sister Qu Limin opened the store earlier than Qu Lijie, and has more customers. In recent years, she has also started an accommodation business. Qu Limin said that she has received several groups of guests from Anhui, Guangxi and other places this year. They are very curious about winter fishing, and she often gets up early to take guests to watch the scene.

Chagan Lake in the morning is very cold. Once the north wind passes, the snow is like smoke and dust everywhere. Many southern guests will lie on the ice and use their mobile phones to take pictures of the moment when the fish is drawn out of the net.

Qu Limin said that the guests from the south made her refresh a lot of knowledge points. “One time a guest wanted to eat bighead carp. I had never heard of this kind of fish before. The guest pointed to the fat head fish in the pond and said, this is bighead carp. I didn’t know that fat head fish is also called bighead carp. Last year, a lady from Guangdong wanted to eat it. We don’t have this kind of porridge cooked with squid, so she taught me how to make it, and it tastes really fresh.”

Behind the best-selling fish in Chagan Lake is that the local ecological environment is improving year by year. In recent years, through projects such as the connection of rivers and lakes in western Jilin, and the protection and restoration of Chagan Lake wetlands, the water body conversion between Chagan Lake, Songhua River and Nen River has been realized. The local area insists on carrying out multiplication and release, and puts about 10 million fry into the lake every year. These fish can filter algae in the water and play a role in purifying the water quality.

Zhu Liangui, 68, is a retired fisherman in Chagan Lake. He said that the 6-inch mesh nets are used for winter fishing, and only small fish can’t get into the nets, and they will continue to grow in the next year, so there are fish every year in Chagan Lake. Over the years, the fish in the lake have become fatter, the water has become clearer, and there have been more waterfowl. Zhu Liangui cannot name the species of these waterfowl one by one.

The Qu family sisters said that they have to be busy at least until the Spring Festival, and they don’t want to rest for a day. This state makes them very fulfilled, and it is the real “longing for life” in their hearts. (Finish)