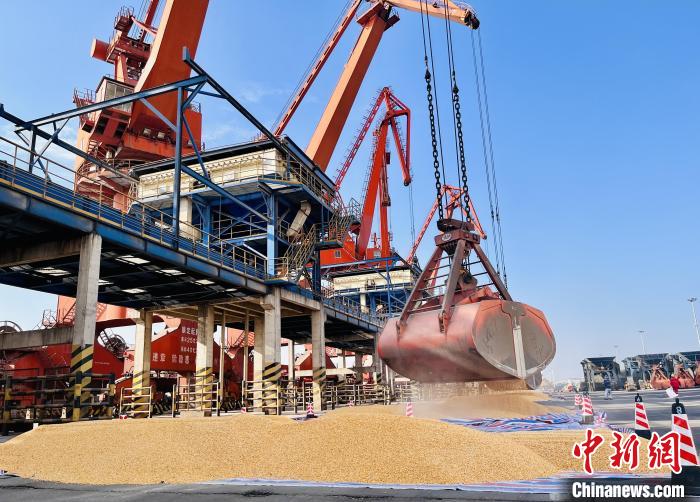 For the first time, China imported Brazilian corn in bulk.

On the 7th, a cargo ship sailing from the port of Santos in Brazil berthed at Machong port in Guangdong. The ship was fully loaded with 68,000 tons of Brazilian corn imported by COFCO. After completing the strict inspection and quarantine, this batch of feed corn will be quickly delivered to domestic feed companies by water and land transportation.

According to reports, this is the first time that China has imported Brazilian corn by bulk ship, marking the official opening of the Brazilian corn export corridor, which will have a positive and far-reaching impact on strengthening China-Brazil agricultural cooperation and maintaining the security and stability of the global agricultural supply chain. At present, the Brazilian corn purchased by COFCO is arriving in China one after another.

Brazil, located in South America, is the third largest corn producer in the world and the second largest corn exporter in the world. The annual corn export volume exceeds 40 million tons, accounting for about a quarter of the global corn export. complementary. Opening up the export channel of Brazilian corn to China can form a diversified corn circulation pattern in which North America, South America, and the Black Sea complement each other, and better balance seasonal and regional fluctuations.

In May 2022, the General Administration of Customs of China and the Brazilian Ministry of Agriculture signed the “Protocol on Phytosanitary Requirements for Brazilian Corn Exported to China” (revised version) to solve technical problems in inspection and quarantine and open the door for Brazilian corn to be exported to China. 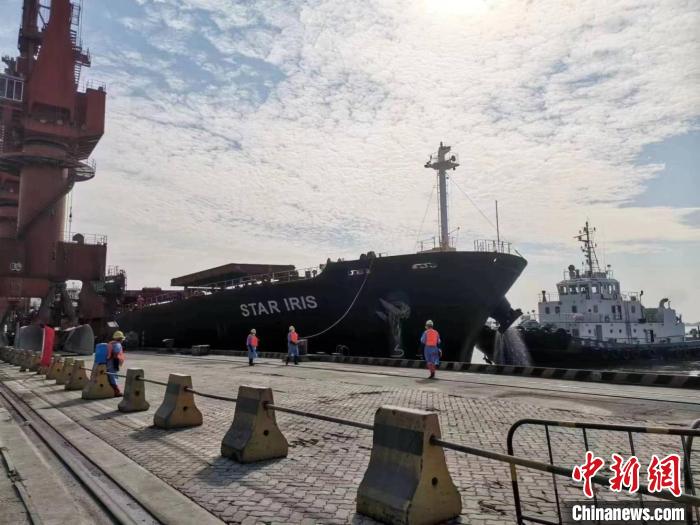 Ma Tongchao, the person in charge of COFCO Trading, said that we look forward to strengthening China-Brazil agricultural cooperation, and are willing to do our best to introduce high-quality Brazilian agricultural products to China, which not only solves the problem of Brazilian farmers’ agricultural product sales, but also meets the domestic demand for agricultural products to achieve mutual benefit and win-win results. During this process, we worked closely with COFCO International to conduct in-depth research and judgment on the market, actively purchased Brazilian corn, and carefully arranged shipping schedules and routes, enabling Brazilian corn to arrive in my country as soon as possible.

China and Brazil are both developing countries and BRICS countries. The two sides have been increasing economic and trade cooperation for a long time. China is Brazil’s largest trading partner, and Brazil is the first Latin American country whose trade volume with China has exceeded US$100 billion. China-Brazil cooperation has become a model of South-South cooperation. In this process, highly complementary agricultural cooperation has become an important engine to promote the rapid growth of bilateral trade between the two countries.

As China’s largest and the earliest “going global” international major grain merchant with the entire industrial chain, COFCO has invested more than US$2.3 billion in Brazil. The export of Brazilian corn to China will further strengthen the interconnection of China-Brazil grain industry and supply chains, and at the same time give full play to my country’s super-large-scale market advantages to promote the development of Brazilian agriculture.

According to reports, COFCO has established a stable food corridor between the main agricultural and food production areas in the world and emerging markets in Asia, and actively carries out the procurement, storage, processing, transportation and trade of bulk agricultural products such as grains, oils, fats, sugar, cotton, meat, and dairy products. A channel network linking the world’s main grain production and marketing areas such as Southeast Asia, the Far East, North and South America, Australia, and the Black Sea has been established. Currently, COFCO has become Argentina’s largest grain and oil exporter, and Brazil’s largest soybean exporter to China. (Finish)

Share
Facebook
Twitter
WhatsApp
Copy URL
Previous article
Confidence and self-improvement in building a dream palace-Chinanews.com
Next article
“Coffee Fragrance” at the foot of the Qinling Mountains attracts tourists with the smell of brewing – Chinanews.com