Confidence and self-improvement in building a dream palace-Chinanews.com 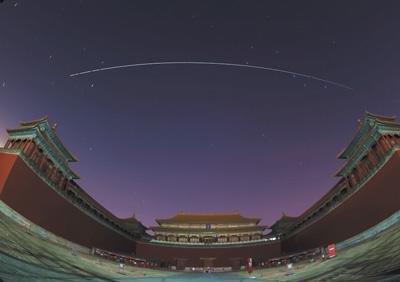 A photo of the Chinese space station transit taken at the Meridian Gate of the Forbidden City in Beijing (the trajectory is a stack of multiple photos).Photo by Xinhua News Agency reporter Xing Guangli 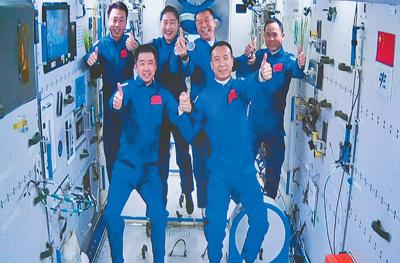 The astronaut crew of Shenzhou 15 and Shenzhou 14 on the China Space Station, photographed at the Jiuquan Satellite Launch Center.Photo by Xinhua News Agency reporter Guo Zhongzheng 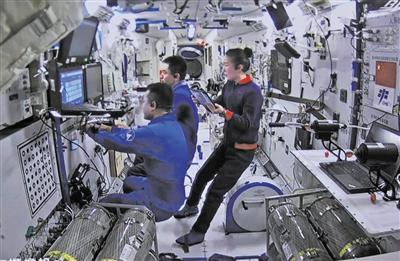 The Shenzhou 13 astronaut crew, photographed at the Beijing Aerospace Flight Control Center, performs the rendezvous and docking test of the Tianzhou-2 cargo spacecraft and the space station assembly with manual and remote control.Photo by Xinhua News Agency reporter Guo Zhongzheng

As amazing as space is, building a “space home” is as shocking as it is. Rockets and spaceships form space-to-earth round-trip transport vehicles to shuttle through the atmosphere; “Tianhe”, “Wentian” and “Mengtian” are in place in sequence; Tianzhou-5 achieved a 2-hour autonomous fast rendezvous and docking for the first time, setting a world record…in less than two years At that time, the three cabins of the Chinese space station were successfully launched into orbit, forming the basic configuration of the three cabins “T”; the astronauts on Shenzhou 12, 13, 14, and 15 relayed the “space business trip” and completed the mission. On-orbit scientific experiments (tests), space out of the cabin, “teaching in heaven” and other activities.

Looking up at the deep universe and overlooking the beautiful earth, the space scenery in the lens of Chinese astronauts is unparalleled. In the spacious and comfortable “space home”, dreaming of starlight, the astronauts have a unique experience. Building a dream palace, the Chinese space station is also a stage for self-confidence and self-improvement, which will provide human beings with a broader vision and unlimited imagination for space exploration. (People’s Daily reporter Yu Jianbin)