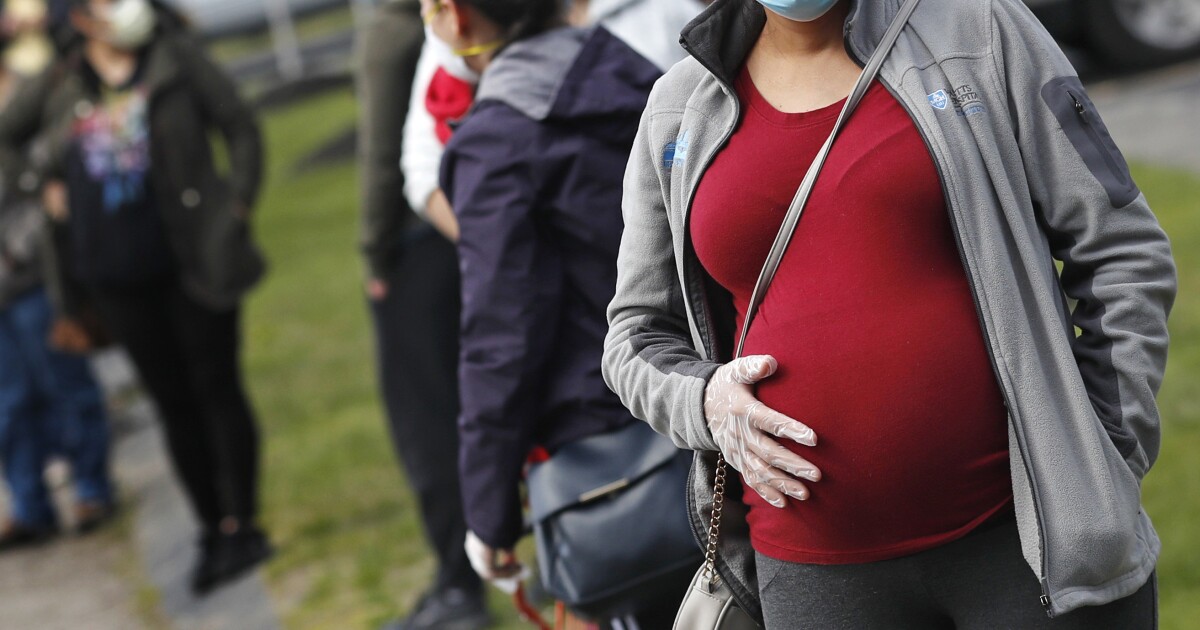 Babies whose mothers were infected with the coronavirus during pregnancy may face a higher risk of brain development disorders such as autism and bipolar disorder, a new study that examined more than 7,500 births suggests.

The finding, published Thursday in the journal JAMA Network Open, adds to the urgency to get coronavirus transmission under control even though newer variants are less likely to cause severe cases of COVID-19.

Other viruses, such as influenza and measles, are thought to make babies more vulnerable to conditions such as autism, schizophrenia and depression if they are exposed in utero. Researchers at Massachusetts General Hospital and Harvard Medical School wondered whether the same might be true about SARS-CoV-2, the coronavirus that causes COVID-19.

“There are more than a decade of studies that suggest viral infection during pregnancy might be associated with neurodevelopmental disorders, so there was reason to be concerned likewise with this virus,” said Dr. Roy Perlisdirector of the Center for Quantitative Health at Massachusetts General Hospital and the study’s senior author.

The researchers examined data from electronic health records of deliveries that took place in eight medical centers in Massachusetts in the early months of the pandemic, between March and September 2020. The records tracked the babies’ development for a year after birth, looking for specific codes that would indicate a diagnosis of a developmental disorder related to motor function, speech or language, among other things.

The researchers found that among 7,550 babies whose mothers were infection-free during their pregnancies, 3% were diagnosed with a brain development disorder before their first birthdays. Among the 222 babies who were exposed to SARS-CoV-2 in utero, 6.3% received a diagnosis by the time they turned 1.

After the researchers accounted for other factors that could affect a child’s risk for a neurodevelopmental issue — such as preterm births, the mother’s age and the baby’s gender — they calculated that babies with prenatal exposure to SARS-CoV-2 were 86% more likely to be diagnosed in their first year compared with babies who weren’t exposed before they were born.

Perlis emphasized that the overall risk of developing these disorders remains low for all babies.

He added that one year is not enough to completely understand how prenatal coronavirus exposure affects children. Still, he said, he was surprised to find any link in the first place.

“Candidly, I would have been much happier if we had seen nothing at all,” he said.

In a commentary that accompanies the study, Dr Torri Metz suggested that the coronavirus might not be directly responsible for the babies’ developmental issues.

“We wonder whether it is the virus itself or the societal changes and stresses of the pandemic that are adversely affecting childhood outcomes,” wrote Metz, a maternal-fetal medicine specialist at University of Utah Health.

But Dr. Kristina Adams Waldorfan obstetrician-gynecologist who studies infectious diseases in pregnancy at University of Washington Medicine, said the findings were similar to research looking at infections caused by other viruses.

“We know from previous studies, including one involving millions of pregnancies in Sweden, that exposure to different kinds of infections such as influenza during pregnancy can impact neurodevelopment of the child,” said Adams Waldorf, who was not involved in the new study.

With the coronavirus, further research will be necessary to see whether the severity of a mother’s infection matters.

“Unfortunately, it is very possible that asymptomatic or mild infections might also be linked to neurodevelopmental disorders in the child,” she said.

Regardless, the medical advice for pregnant women remains unchanged.

“This should be another wake-up call for pregnant women to get vaccinated, and boosted, and stay masked and take as many precautions as they can,” Adams Waldorf said.