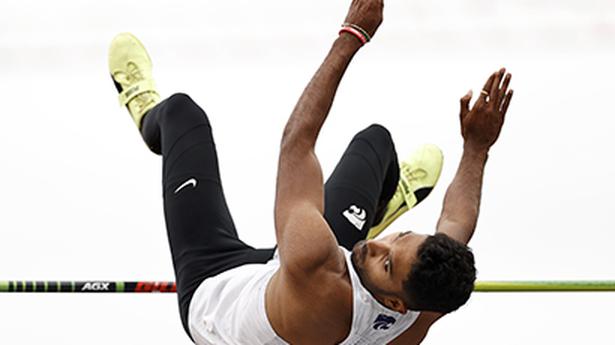 The Athletics Federation of India’s selection committee had a scheduled meeting on Wednesday, ostensibly for other reasons but the focus remained on high jumper Tejaswin Shankar after the Delhi High Court directed the federation to consider him for the Commonwealth Games.

Tejaswin had challenged the AFI’s decision to exclude him from the quadrennial event starting July 22, despite achieving the qualifying mark, for not participating in the recent Inter-State meet or seeking exemption.

The national record holder cleared the mark of 2.27m at the NCAA Track and Field Championships in Oregon, incidentally the venue for the World Championships next month. Only two jumpers have had a better outing this season — New Zealand’s Hamish Kerr (2.31m) and Canada’s Django Lovett (2.28m) — a point raised by his lawyer Malak Bhatt.

“We had three submissions. One, that he was a clear medal prospect with only two other CWG contenders doing better. Two, that he met the AFI’s own standards at an event recognised by the AFI and World Athletics. Three, he had sought an exemption as per AFI guidelines in February itself via messages to the chief coach. The court has asked the AFI to come back with their decision on Friday,” Bhatt told The Hindu.

He added that while the AFI counsel (Parth Goswami) orally observed there was a quota of 36, the demarcation list submitted by AFI itself has a spot for high jump.

“The court did not want to tie down AFI so it’s now up to them to decide how to make proper representation in all categories. There are three each in men’s javelin and triple jump, two in women’s hammer throw and discus and while it could be understood if everyone was a medal prospect, some of them haven’t even qualified yet,” Bhatt added.

Tejaswin is not the only one missing the cut despite achieving the qualification mark. Long jumper Jeswin Aldrin and marathoners Srinu Bugatha, Ashish Kumar and Anish Thapa have all been excluded.

AFI president Adille Sumariwalla, meanwhile, refused to comment. “It’s sub-judice and I will not be making any comment till after the hearing on Friday,” he said.

Previous articleReview: Flamenco Within and Beyond a Boundary
Next articleRecipes Beginner Cooks Really Need