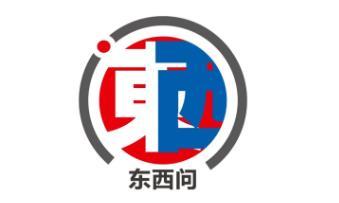 China News Agency, Beijing, January 4th, title: “Localization” and “transnationality” are intertwined. How will the identity of new Chinese immigrants in Singapore evolve?

As a multiracial and multicultural country with a Chinese majority, Singapore provides an important case for thinking about the changing relationship between social identity and transnationalism among new Chinese immigrants. In recent years, the cooperation between China and Singapore has been continuously deepened. While bringing huge economic opportunities, it has also made the local society pay more attention to new Chinese immigrants. Promoting and strengthening the unique Singaporean Chinese identity has become the top priority of Singapore’s ethnic policy.

Under Singapore’s “diversity as one” ethnic group policy, what changes have taken place in the social identity of new Chinese immigrants in the past ten years? How do the processes of “localization” and “transnationality” of new Chinese immigrants intertwine and interact? How does Chinese culture affect the construction of Chinese identity? Professor Liu Hong, Associate Vice President of Nanyang Technological University in Singapore and Dean of the Nanyang Graduate School of Public Administration, recently accepted an exclusive interview with China News Agency “East West Question”.

The interview transcript is summarized as follows:

Liu Hong:I think Singapore’s ethnic policy embodies the characteristics and pursuit of “diversity as one”. The concept of “pluralistic unity” was proposed by Mr. Fei Xiaotong, a famous Chinese sociologist, in the late 1980s. He explained the characteristics of the “pattern of pluralistic unity of the Chinese nation” from three levels: 56 ethnic groups are the grassroots, and the Chinese nation It is the top level; the Han nationality played a central cohesive role in the process of transforming from scattered pluralism to unity; different levels of identity go hand in hand, and each develops its own characteristics to form a multilingual and multicultural whole. 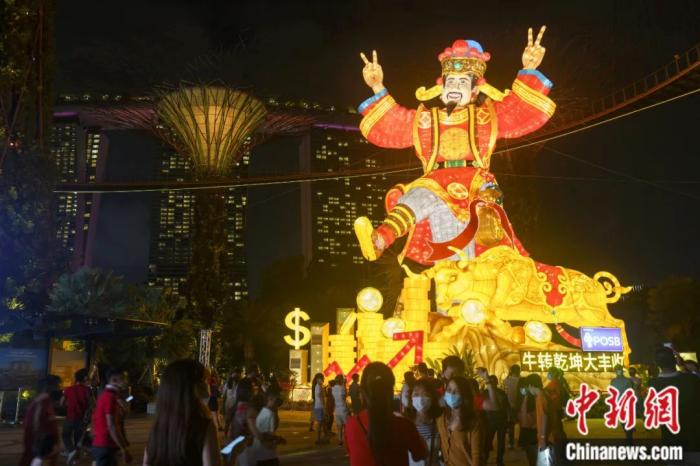 Singapore’s “diversity” is somewhat similar to China’s, but there are also significant differences. Singapore is the only multiracial country outside of China where the Chinese make up the majority. The Chinese account for about 75% of the total population, but the Chinese and their language and culture have not been used as a cohesive unit from diversity to unity. On the basis of retaining the multi-racial language, Singapore adopts English as the common language and takes multiculturalism as the core to unite the whole society. nation. In other words, Singapore’s “diversity as one”, “diversity” refers to diversity in race, language, culture, and religion, and “unity” refers to a unified national identity. This is not only the basis for the integration of multi-ethnic communities, but also constitutes the country’s overall policy framework for new immigrant communities.

The immigration policy of the Singapore government has two logics. One is economic and demographic logic. New immigrants can supplement the human capital that is crucial to the new economic development strategy, and can also help cope with the challenges brought about by the persistent low birth rate. The second is the logic driven by politics and identity, which requires Singapore to ensure that new immigrants are closely integrated into the country’s social and cultural environment with multi-racial characteristics.

Taking the above two logics into consideration, the Singaporean government has formulated a series of policies for new immigrants in recent years, fully promoting the integration of new immigrants, including Chinese, into a multiracial society, promoting and strengthening the unique identity of Singaporean Chinese, and encouraging They build transnational business networks with China and other overseas Chinese communities. 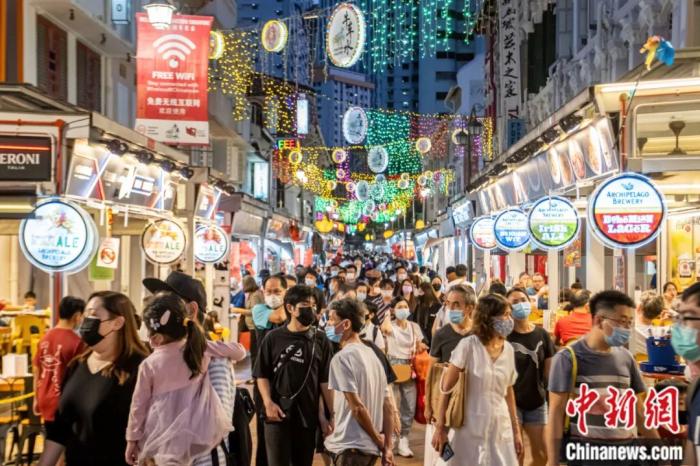 China News Agency reporter: In the process of establishing a unique Singaporean Chinese identity, new Chinese immigrants face two processes of “localization” and “transnationalization”. How do these two processes intertwine and interact?

Liu Hong:After emigrating overseas, new immigrants face two social processes at the same time, namely “localization” and “transnationalization”. Indigenous usually refers to the settlement of overseas immigrants, and localization refers to a series of adjustments and changes caused by Chinese immigrants adapting to the society of the overseas immigrant country. Transnationality is the mechanism and process by which immigrants form and maintain multiple social relations connecting the country of origin and the country of origin.

In Singapore, the localization and transnationality of new Chinese immigrants go hand in hand. The two are not a “zero-sum game”, but promote and promote each other. While Chinese immigrants are striving to integrate into the host country, they also maintain close ties with China in all aspects of family, life, career, and culture. However, the depth and importance of localization and transnationality are not exactly the same. Singapore society as the main orientation and goal.

What we call “double embeddedness” is to place the sociological concept of “embeddedness” under the dual perspectives of the country of origin and the country of origin, and explore how the two processes of localization and transnationality of new immigrants are intertwined interact with. Taking the new immigrant entrepreneurs in the Chinese community in Singapore as an example, there are many factors that promote the dual embedding of new immigrant entrepreneurs in Singapore and China.

One is the relatively open and continuously improving immigration policies of New Zealand and China. As an immigrant country, Singapore has been accepting immigrants. With the continuous growth of Singapore’s immigrant population, the Singapore government has also accelerated the pace of promoting the integration of new immigrants into the local society. The second is the adjacent geographical factors between New Zealand and China and the ever-improving economic cooperation environment. The Singaporean government pursues an open economic policy, pays attention to economic and trade cooperation with China, and takes a positive attitude towards new Chinese immigrants and economic ties and interactions with China. In recent years, the Chinese government has also continuously improved its work of attracting talents and attracting capital. It has some support policies for overseas Chinese investment and entrepreneurship, encouraging them to participate in China’s economic development. Third, compared with the older generation of Chinese businessmen, new immigrant entrepreneurs have a stronger willingness and ability to be embedded. 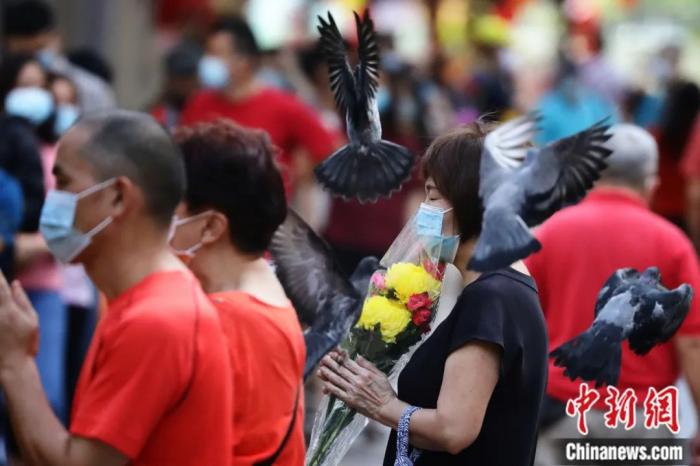 Singaporeans came to the temple to pray to Guanyin Bodhisattva. Photo courtesy of NurPhoto/Visual China

Reporter from China News Agency: What role do Chinese associations in Singapore play in helping overseas Chinese integrate into the society of the country they live in and establishing ties with their ancestral (home) country?

Liu Hong:Overseas Chinese gathering areas will spontaneously form a social form of self-management by the Chinese, forming associations such as the Overseas Chinese Federation, the Chinese Chamber of Commerce, and the Hometown Association. Traditional Chinese associations are mostly established based on geography and kinship, while members of new immigrant associations come from different regions in China, and their social backgrounds are more diverse and inclusive. Chinese associations are helping new immigrants integrate into their country of residence and contact their ancestors Country of origin plays a role on both fronts.

The Huayuan Association, the largest Chinese new immigrant group in Singapore, was established in 2001. Its mission includes helping members better integrate into Singapore’s multiracial society and boosting business and trade cooperation between Singapore and China. I conducted a qualitative and quantitative analysis of 263 activities held by Huayuanhui from its establishment to 2019, and found that the number of activities related to local integration and ancestral (home) country showed an increasing trend, but the former was more significant. The Tian Fu Hui in Singapore, established in 2000, has a similar development trajectory. Although Tianfu is another name for Sichuan, its members come from all over China. Tianfu Club’s various activities also focus on helping members integrate into the country of residence and strengthening the connection between members and their ancestral (home) country.

As an aspect of the wave of globalization and the growing development of cross-border business networks, new immigrant associations have also promoted the construction of institutionalized networks. Since the establishment of diplomatic relations between Singapore and China in 1990, especially after China joined the WTO in 2001 and the “Belt and Road” initiative was put forward in 2013, the economic relations between the two countries have developed rapidly, and China has become Singapore’s largest trading partner. The new immigrant association can more effectively promote the exchanges between the two countries, and play a bridge role in the process of building a transnational business network, so that Chinese new immigrant entrepreneurs can give full play to the advantages of understanding the two systems and two cultures, and then become Chinese enterprises in China. Localized partners, and at the same time bring some advanced management concepts from abroad to China. 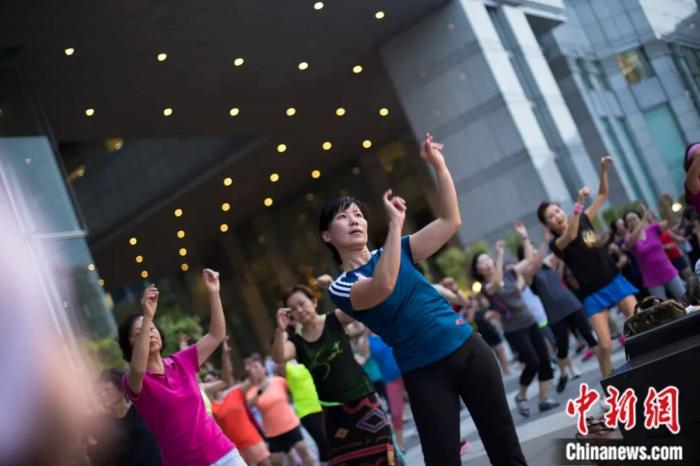 China News Agency reporter: How to understand the “social identity” of the Chinese? How has the social identity of Singaporean Chinese changed in the past ten years? How does Chinese culture affect the construction of Chinese identity?

Liu Hong:When it comes to social identity, its classic definition is “a concentrated expression of the beliefs, values, and action orientations shared by members of a society. It is essentially a collective concept, and it is the value basis for enhancing the cohesion of the group.” Since entering the 21st century, the key issue facing the Chinese community in Singapore is the issue of identity, that is, how to shape, cultivate and strengthen the identity and internal cohesion of Singaporeans in the era of globalization and in this multiracial and multicultural country.

In the past ten years, under the background of Singapore’s political and economic new normal, the social identity of new Chinese immigrants has undergone some changes. While continuing the previous characteristics of diversity, their focus has increasingly shifted to local identity. At the same time, ancestral ties and global business networks still play a significant role. 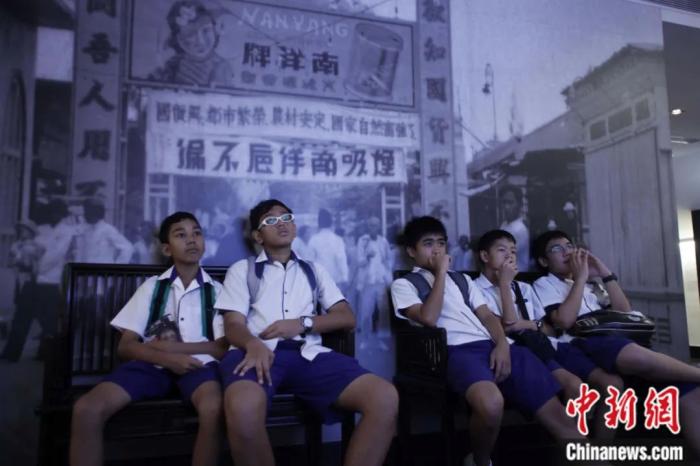 Secondary school students in Singapore visited Sun Yat-sen’s revolutionary activity base – Wanqing Garden in Singapore to learn about the history of the 1911 Revolution.Photo by Sudan

This change is actually a natural phenomenon. Most of the Chinese in Singapore were born locally, and the geographical connection with their ancestral (home) country and hometown has weakened, but the cultural ties are still important. For example, at the end of May 2022, the Immigration Bureau of Singapore canceled the parents’ place of origin mark on the newborn’s birth certificate. Logos of historical and cultural significance are re-added.

Chinese culture has a long history, and its influence on the Chinese is profound and long-lasting. After two hundred years of development, the Chinese community in Singapore has integrated the factors of the living country and Southeast Asia into its culture, showing localized characteristics and forming a distinctive Chinese culture. In terms of language, culture, habits, ways of thinking, etc. For example, the Chinese still maintain the habit of celebrating traditional Chinese festivals, but the festivals and customs have incorporated the cultural characteristics of the country they live in (such as the tradition of fishing fish); in terms of language, Singaporean Chinese also add some English or Malay to their daily use of Chinese. Gradually formed a vibrant Singaporean Chinese culture rooted in a multiracial society. At the same time, the government also recognizes that Chinese culture is an important part of Singaporean society, and it focuses on preserving, inheriting and promoting Chinese culture in different ways. (use up) 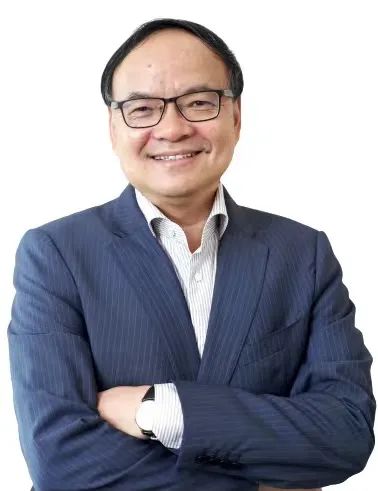