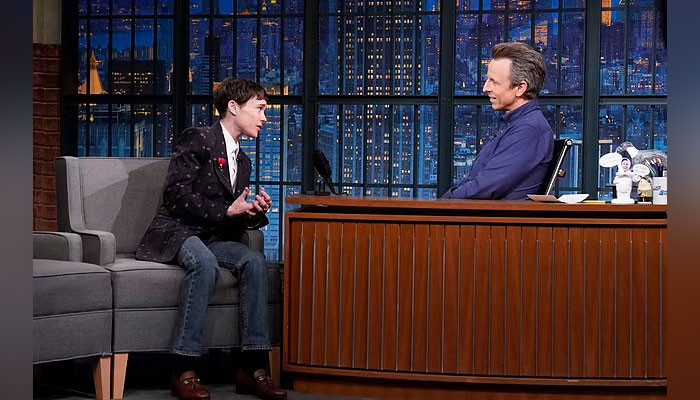 Elliot Page has recently revealed that his life has “improved drastically” after coming out as transgender.

According to Daily MailPage opened up about his transition on Tuesday’s episode of Late Night With Seth Meyers.

Page urged people to think at the positive impact it had on him after his transition.

“It’s a beautiful thing to experience now because a lot of the time my life was just trying to move forward. Getting to embrace the experience as much as I get to now, I think it’s made me better in so many facets – as a person, as a friend, relationships,” he added.

The host inquired Page about the upcoming season of The Umbrella Academy where his transition became a part of the story line.

“When we first talked about it to the creator Steve Blackman, he seemed really excited about incorporating it into the show,” said Page.

Adding to this, he told to the host that they had also worked with transgender’s author and journalist Thomas Page McGee, while Page noted how he “came on board and helped out”.