Fans doubt BTS will ever return as a group 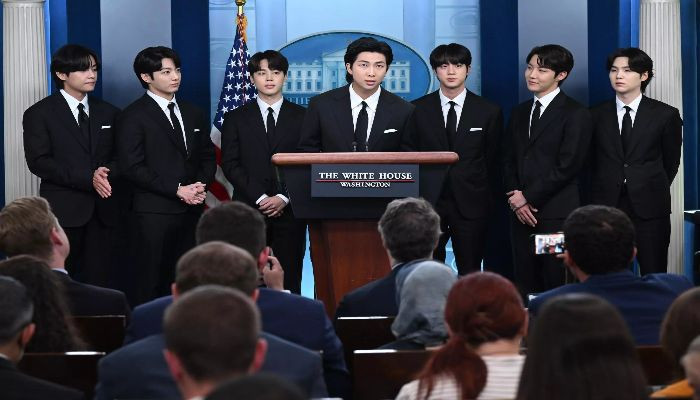 BTS fans are devasted after the K-pop group announced that they were taking an indefinite hiatus.

Millions of fans flooded social media websites to express their thoughts on the group’s decision.

While many were convinced that the boys would return soon, others expressed concern that the BTS members might not reunite as a band.

Most of the users saw no hope of their return due to what many called imbeguity in BTS members’ statements which they gave to explain their decision.

K-pop supergroup BTS on Tuesday announced they were taking an indefinite “hiatus” from one of the world’s most popular acts to focus on solo pursuits.

The seven members, who are credited with generating billions of dollars for the South Korean economy, dropped the bombshell during their streamed annual “FESTA” dinner, part of a celebration that marks their anniversary as a group.

Member RM, 27, said that after the Grammy-nominated BTS’ last few singles he “didn’t know what kind of group we were anymore,” adding later that group members were “exhausted.”

“I’ve always thought that BTS was different than other groups,” he continued. “But the problem with K-pop and the whole idol system is that they don’t give you time to mature.”

“You have to keep producing music and keep doing something… I’ve changed as a human over the past 10 years, so I needed to think and have some alone time,” RM said.

“Right now when we’re at our best I feel like I should be contributing something to the world, but I don’t know what that is.”

Jimin, 26, said the members are “slowly trying to figure things out now” and that “we’re starting to think about what kind of artists we each want to be remembered by our fans.”

I think that’s why we’re going through a rough patch right now, we’re trying to find our identity and that’s an exhausting and long process.”

By the end of the dinner several of the members of the group behind “Dynamite” and “Butter” grew tearful as they voiced gratitude for their supporters, a fandom known online as the “ARMY.”

BTS has said they were going on short breaks before, first in 2019 and later in December 2021.

The news comes just days after the group released “Proof,” an anthology album that included a new single, “Yet To Come (The Most Beautiful Moment).”

J-Hope said that “change is what we need right now” but offered hope for the group’s return by adding “it’s important for BTS to start our second chapter.”

During the hour-long dinner that saw the members drink, joke and reflect on their history together, they said they were working on recording solo projects. J-Hope is slated to headline Chicago’s Lollapalooza on his own later this summer.