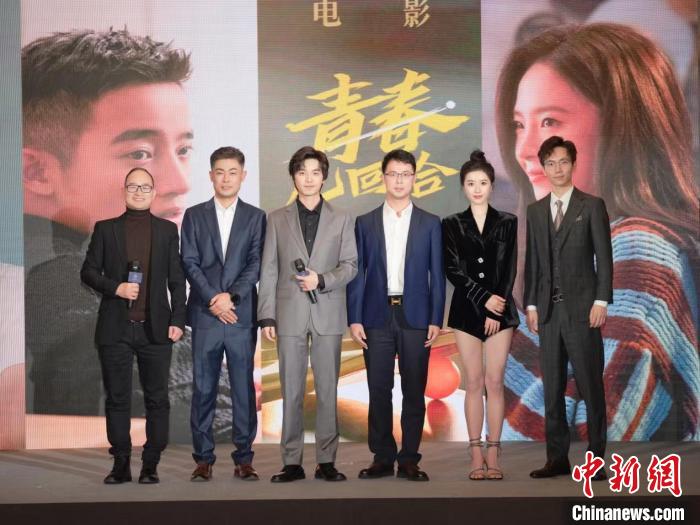 “A Few Rounds of Youth” Appeared in Xingfang Photo

Chinanews.com, Beijing, January 3 (Reporter Gao Kai) The inspirational film “A Few Rounds of Youth” focusing on the growth and entrepreneurship of the post-90s generation was unveiled at the Ninth Silk Road International Film Festival.

It is reported that “A few rounds of youth” takes the post-90s entrepreneurial stories as the main line, and focuses on showing the progress, personal growth, and youthful perception of ordinary young entrepreneurs in the torrent of the times. In the previous new film conference, the main creators also interpreted and shared the film and characters, and for the first time exposed the just-concluded finale special.

According to the film producer Ren Wei, “A Few Rounds of Youth” uses a young production team to tell “short stories of ordinary people in the context of a big era”, and integrates the sweet and salty of love, the sour and bitter of growing up, and the value of life. Collisions and disputes, trying to portray the youthful group portrait of a generation in a more three-dimensional way.

In the behind-the-scenes photos released this time, Zhou Zhengjie and Luo Mingjie, who played a pair of secretly competing for the young, were sitting together in the humble venue at the beginning of their business, their eyes were full of hope but undercurrents surged, fully showing the complex relationship between the two who are both enemies and friends . In this regard, Luo Mingjie revealed on the spot that in order to better play the talented boy in the film, he entered the crew two weeks in advance for table tennis training.

The lead actor Hu Jiaxin bluntly said that the heroine this time is “a very mysterious character, and every appearance will cause a big turning point.” She said that this is a multi-faceted female character. Although she experienced setbacks in the process of fighting alone, she finally chose face life.