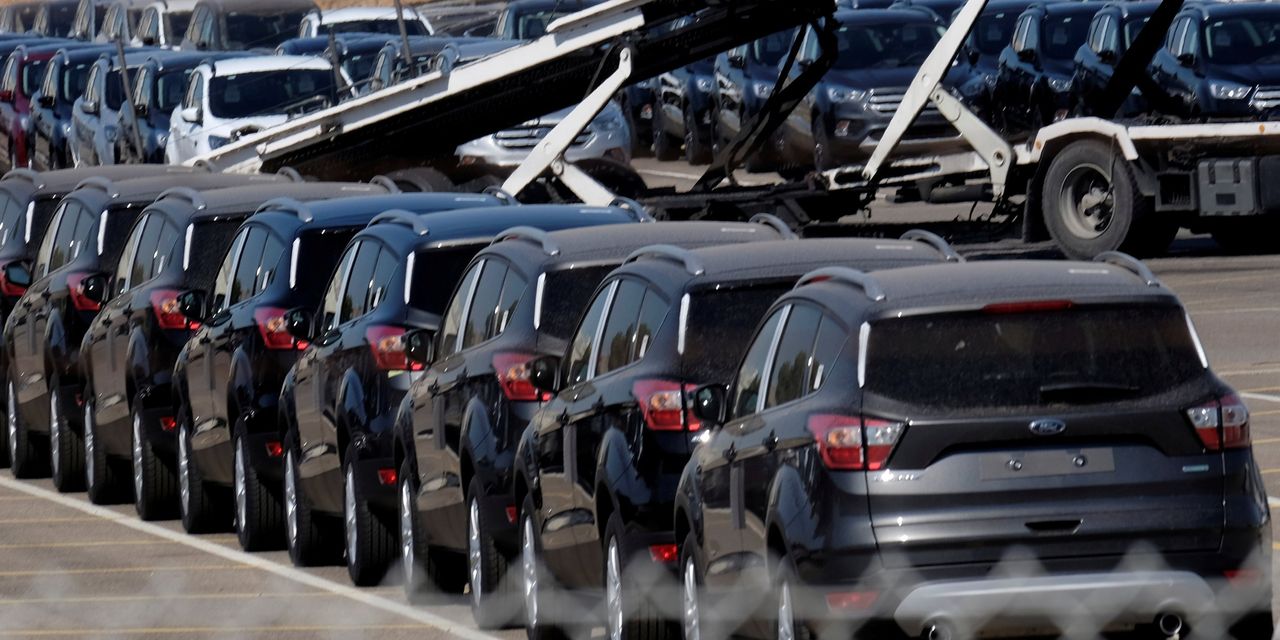 head of Ford of Europe, said the shift to electric cars would result in a significant reduction of the company’s workforce both at the Spanish plant in Valencia and at the German plant that was in the running to build the next EV model.

The decision marks a milestone in Ford’s efforts to reorient its business in the region as European electric-vehicle sales continue to grow rapidly. The shift is being accelerated by high prices at the pump and stricter regulation of tailpipe emissions.

The European Parliament earlier this month voted in favor of banning production of new vehicles with internal combustion engines in 2035. If approved by EU member states, the move would force the entire industry to shift to EVs.

Ford, which has struggled with profitability in Europe, has been using the shift to electric vehicles as leverage to restructure its European business, which has included moving production to more lower-cost sites such as Turkey and Eastern Europe.

“Bringing our all-new electric vehicle architecture to [Spain] will help us build a profitable business in Europe,” Mr. Rowley told reporters on a telephone conference on Wednesday.

Ford will begin producing electric cars for Europe next year in Cologne, Germany, using technology it licenses from

. In its existing plant in Valencia, Ford will produce a line of electric cars beginning later this decade using its own technology.

Ford said it currently employs 41,000 people across 14 manufacturing plants in Europe, including 6,000 people in Valencia, and around 20,000 in Germany at its plants in Cologne, Saarlouis and Aachen.

Ford builds its Focus compact car, a model it no longer sells in the U.S., in the Saarlouis plant. Mr. Rowley said the plant will continue to build the Focus until 2025 but that its future was unclear beyond that.

Ford held an internal beauty contest between Saarlouis and Valencia as it sought the best location to build its next generation EVs for at least six months, engaging in intense negotiations with stakeholders, employees and government officials at both sites, ultimately choosing Spain over Germany.

Mr. Rowley declined to comment in detail on the reasons behind the decision, but analysts point out that Germany’s higher wages and energy costs weaken its competitiveness.

The Spanish government, by contrast, has been campaigning to attract auto industry investment, touting its low wages, abundance of renewable energy and wooing auto makers with subsidies.

In May, Volkswagen AG announced a multiyear plan to invest around €10 billion in Spain, equivalent to $10.54 billion, with partners to build a battery plant expected to begin production in 2026. It will also convert its manufacturing plants in Martorell and Pamplona to produce electric vehicles.

Mr. Rowley said Ford was still committed to Germany as the site of its European headquarters. In May, the company announced a $2 billion conversion of its Cologne plant to produce electric vehicles. Production is set to begin next year, Ford said.

The U.S. auto maker is also planning to produce a fully electric version of its Puma model in 2024 at its plant in Craiova, Romania, where it also makes electric versions of its Transit Courier and Tourneo Courier multipurpose vans.

Together with South Korea’s

Ford is building a battery factory near Ankara, the Turkish capital.

Mr. Rowley wouldn’t say where Ford would get batteries for EV production in Valencia, only saying they would be sourced in Europe. Turkey isn’t a member of the EU, but enjoys extensive trade with the bloc.

Write to William Boston at william.boston@wsj.com