Foreigners attend the two sessions of Hubei and the development of emerging industries attracts attention-Chinanews.com 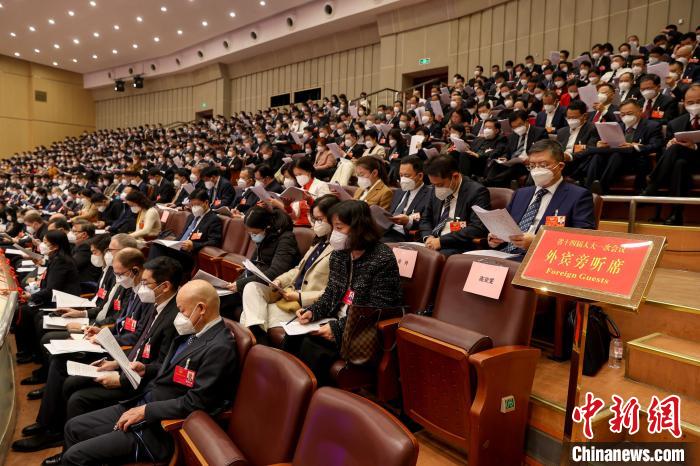 China News Service, Wuhan, January 13 (Reporter Liang Ting) The first meeting of the 14th Hubei Provincial People’s Congress opened in Wuhan on the 13th. , executives of educational institutions and other guests were invited to attend the two sessions.

The work report of the Hubei Provincial Government disclosed that in 2022, Hubei’s total import and export volume will exceed 600 billion yuan, surpassing the 100 billion level every year for three consecutive years.

The modern transportation and logistics system shortens the distance between Hubei and the world. In 2022, the province will open 9 new freight corridors including Wuhan-Laos, and the China-Europe Railway Express will operate 610 trains throughout the year, an increase of 34.1%. In the past five years, the province’s “nine vertical, five horizontal and four ring” expressway network has basically taken shape, the “four vertical, four horizontal and one core” high-speed rail hub network has been accelerated, and the “dual hubs, multi-branch” air passenger and cargo access to the world. The number of Fortune 500 companies investing in Hubei has increased to 325. In addition, seize the opportunity of RCEP implementation, and import and export to ASEAN will increase by 34.9% in 2022.

Since 2012, Hubei has invited foreign representatives in Hubei to attend the opening ceremony of the two sessions for twelve consecutive years. Takehiko Saeki, chief representative of the Wuhan Representative Office of the Japan External Trade Organization, has been invited to attend for many years. He said that there are more than 500 Japanese companies in Hubei, mainly in the field of automobiles and auto parts. This year, the development of new energy vehicles in Hubei has achieved outstanding results, and it is also vigorously developing emerging industries. It is expected that the two sides will expand the scope of cooperation.

According to the work report of the Hubei Provincial Government, in the next five years, the province will accelerate the construction of a “big channel-big hub-big network-big platform” system that is open to both internal and external sides. In 2023, greater efforts will be made to attract and utilize foreign capital, expand market access for foreign capital, implement national treatment for foreign companies, serve and guide foreign capital to invest more in key areas such as advanced manufacturing, modern services, and infrastructure. (Finish)

Share
Facebook
Twitter
WhatsApp
Copy URL
Previous article
Hong Kong Disneyland hosts “Lucky Rabbit Comes to the Door” event to welcome the new year-Chinanews.com
Next article
In 2022, criminal cases in Shanxi will drop by 20.7%, and criminal cases in the field of food, drug and environmental knowledge will involve more than 2.1 billion yuan-Chinanews.com