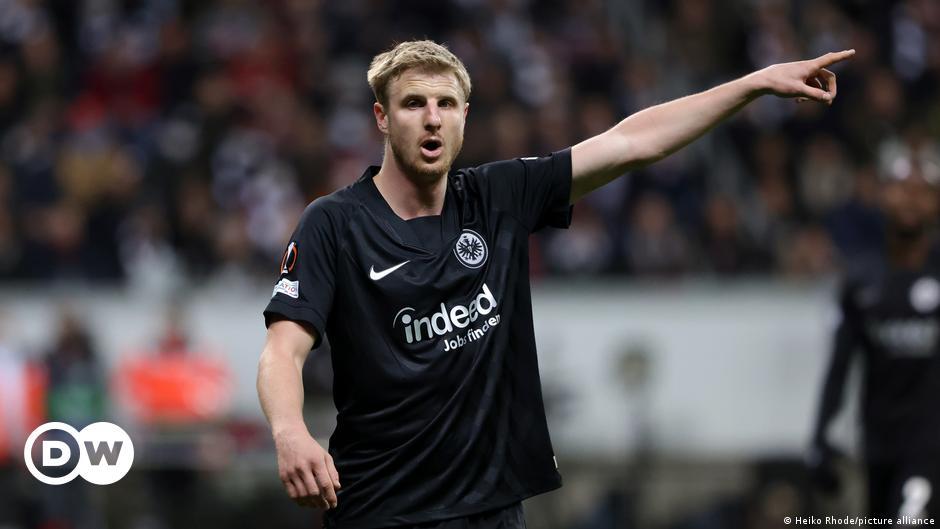 Just over a month after winning the Europa League with Eintracht FrankfurtAustrian defender Martin Hinteregger has announced his shock retirement from professional football at the age of just 29.

“I was having thoughts about stopping at the end of the season as early as last autumn,” Hinteregger said in a statement released by Eintracht Frankfurt, which he has represented since 2019.

“I was in a difficult sporting phase — my performances on the pitch were erratic,” Hinteregger said. “I celebrated our triumph in the Europa League so intensely because I already knew that it would be my last victory party with our fantastic fans in a city which has become my second home.”

Sickl, also from Sirnitz, sat on the Graz City Council for the nationalist Freedom Party of Austria (FPÖ) until 2021 and made headlines during that time because of his contacts with the far-right. For example, he rented premises to the far-right “Identitarian Movement Austria.”

The symbols of the Identitarians have been banned in Austria since mid-2021, with the government describing the organization as “right-wing extremist, racist, sexist, nationalist and ethnically oriented.”

As a youth in the 1990s, Sickl was a member of the German neo-Nazi organization Nationalist Front, which was banned as unconstitutional in 1992. The FPÖ had dismissed this as a “youth sin” on the part of the politician.

When his links to Sickl emerged, and with the “Hinti Cup” set to be held at an estate owned by Sickl’s mother, Hinteregger, a Frankfurt fan favorite, took to Instagram to clarify his position.

“It is unbelievable that an unknown person can say such things about me,” Hinteregger wrote. “Like the Sickl family, I am rooted in Sirnitz — I wanted to show my appreciation and say thank you to the fans, patrons and supporters from my childhood with the ‘Hinti Cup.’

“I have no knowledge of past or future activities on the part of the Sickl family — I just want a soccer tournament to take place and nothing more. Any business relationship with the Sickl family will be terminated with immediate effect due to the current state of knowledge, and the event ‘Hinti Cup’ will be examined alternatively to clarify a further course of action.

“I have friends all over the world through my time in professional soccer and also privately, and clearly reject accusations that I am right-wing oriented, and continue to stand up against any kind of discrimination!”

“Martin’s decision came unexpectedly, but he has presented his reasons to us clearly and convincingly. Therefore, it was the obvious choice to grant his wish, which is painful for us from a sporting point of view, but personally understandable,” Krösche said.

“Martin will always be welcome in Frankfurt, not just as a proven player and European Cup winner, but also due to his sincere apology for his behavior in recent days and weeks, and for his clear and convincing distancing from far-right ideology,” Krösche added.

Eintracht Frankfurt pride themselves on opposing extremism, with president Peter Fischer stating in the past that such ideals don’t align with the beliefs and values of the club. Hinteregger is a firm fan favorite and became emblematic of the Frankfurt grind and grit that produced their incredible run to Europa League glory.

Austrian musician DJ Ötzi and Frankfurt rapper Vega were among those scheduled to perform at the Hinti Cup. Vega is an avowed member of the Eintracht fan group Ultras Frankfurt 97. Hinteregger had reportedly even chartered a plane to bring participants to the Hinti Cup.

This article was originally published on June 9 under the headline “Eintracht Frankfurt’s Martin Hinteregger cuts ties with right-wing business partner,” and was originally written in German. It was updated on June 23 to reflect Hinteregger’s retirement.