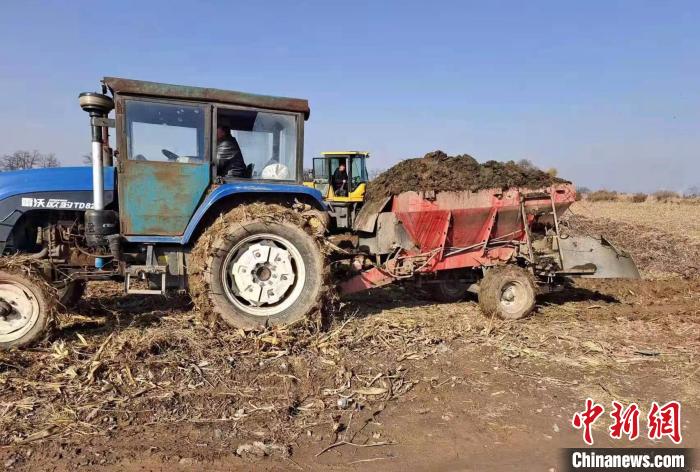 The Spring Festival is approaching, which is the traditional slack season. On the 19th, in the planting base of the 1,000-acre winter-sown millet demonstration area in Gangshang Village, Yuze Town, Yuze Town, Tunliu District, Changzhi City, Shanxi Province, the millet had been buried in the soil and entered “hibernation”. Different from the local millet sowing in late spring in the past, not long ago, several large plow machines and all-in-one sowing and filming machines completed the sowing of thousands of acres of millet in mid-winter.

Changzhi City is located in the southeast of Shanxi, surrounded by Taihang Mountain and Taiyue Mountain. For a long time, local millet sowing has faced the ecological conditions of “nine droughts in ten years”. At the same time, the annual frost-free period in Changzhi City is about 180 days, and the planting industry is facing the situation of “long cropping time for one season and short cropping time for two seasons”.

In 2021, Changzhi City will carry out a demonstration of winter sowing technology of millet covered with biodegradable water seepage plastic film, which has been successful.

All the arable land in Gangshang Village used to be coal mining subsidence area. In the past, the land in the village was barren and irrigation was inconvenient. After a series of ecological restoration and governance were completed in 2017, the village has contiguous flat farmland, the fertility of the land has been restored, and millet planting has started to increase farmers’ income.

The winter sowing technology of millet covered with biodegradable water-permeable plastic film breaks the local tradition of sowing millet in late spring. When planting, it is covered with biodegradable water-permeable plastic film to lock in soil moisture. The difficulty of sowing millet caused by continuous drought in spring and summer.

“This technology can also make millet ripen about 40 days earlier, and it can be sold at a higher price than the market, achieving high quality and good price.” Guo Wei said. After the millet matures early, it can also be re-sown with a crop of green manure crops, making it possible for the local planting industry to achieve three crops in two years, thereby increasing farmers’ income.

Tunliu District Yuanda Agricultural Resources Co., Ltd. and Lianyou Agricultural Machinery Service Professional Cooperative are the main body of implementation of the planting base project in the 1,000-mu demonstration area of ​​winter sowing millet. Liu Jianhong, person in charge of Yuanda Agricultural Resources Co., Ltd. in Tunliu District, told reporters that not only can the villagers get 800 yuan per mu per year for land transfer fees, but the follow-up field management work such as weeding and spraying can also drive more than 100 people to work outside their homes to increase their income.

As a large traditional agricultural area, Tunliu District has shallow water and pleasant climate, known as the “Rice River”. Guo Wei introduced that the local area has tested three millet varieties in the planting base of the 1,000-acre winter sowing millet demonstration area, exploring the way to “upgrade” organic dry farming agriculture.

“If the test is successful, we will further promote the technology of biodegradable water seepage film covering millet winter sowing to farmers and new agricultural production and management entities, and create the ‘Tunliu millet’ brand to increase farmers’ income with good quality and good prices,” Guo Wei said. . (Finish)