Gogolook chooses Thailand to be its new regional hub 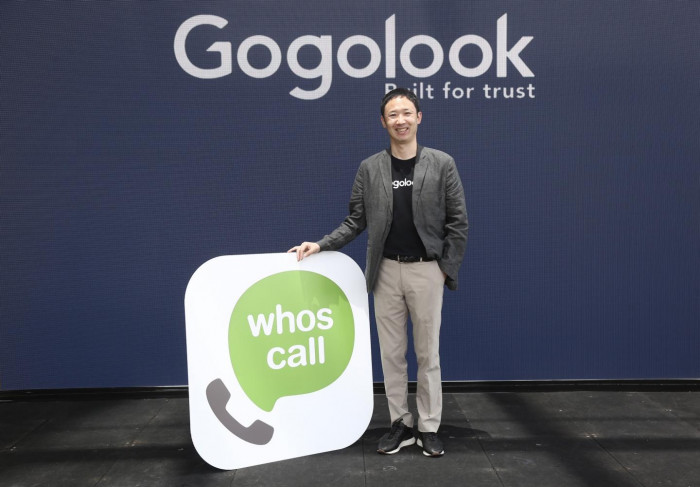 Gogolook, a Taiwan-based developer of call-filtering app Whoscall, has chosen Thailand as its Southeast Asia base as it sees an uptick in demand among users wanting to guard against call centre scams and online fraud through social media and the metaverse.

The Whoscall app has hit 10 million downloads in Thailand and the company is aiming for 5% of its total users to be paid subscribers.

“We see high demand among users in Thailand with downloads doubling, as Thailand is a critical target of call centre scams,” said Manwoo Joo, chief operating officer of Gogolook.

The company is establishing a regional office in Thailand.

“We are not just seeing the opportunity in the Whoscall app but also looking to expand our reach to fintech business,” said Mr Joo. The company is considering a range of fintech services, such as risk scoring, financial product comparison and micro-loans.

He said Whoscall expects a market penetration rate of 30% in Thailand within three years.

Whoscall, which has seen more than 100 million downloads in 31 countries worldwide, identifies unknown calls in real-time and helps filter out spam calls using artificial intelligence and its extensive database.

The company has the biggest database of phone numbers in East Asia, with 1.6 billion of them used to identify the origin of the call.

The company said Whoscall blocked over 6.4 million fraud calls in Thailand in the first five months of this year — equivalent to the total number of fraud calls blocked for the whole of 2021. The blocking is expected to double this year.

Mr Joo said the company aims to turn Whoscall into a life protection platform, which later this year will have more features such as a fraud SMS assistant and social media message checkers.

“We also invested in companies that detect scams in Web3 and beyond to the metaverse by analysing suspicious behaviour in the blockchain community,” Mr Joo said.

The company is also scaling up efforts to promote the app for Thai users through massive campaigns and by working with True Corporation, the country’s second biggest mobile operator by subscriber base, as its business partner.

The company has both a free version and premium services, which costs 59 baht per month or 599 baht per year for Whoscall. The premium paid version gives users access to an auto spam call blocker, auto-update database and an SMS URL auto scan for Android-powered devices.

Its service has also reached out to the business sector, where corporate phone numbers have been verified for users, which raises their trust.

“Corporate users are expected to increase the company’s revenue in the future,” said Mr Joo.

The company plans to launch an initial public offering in Taiwan within the next 2-3 years, he said.