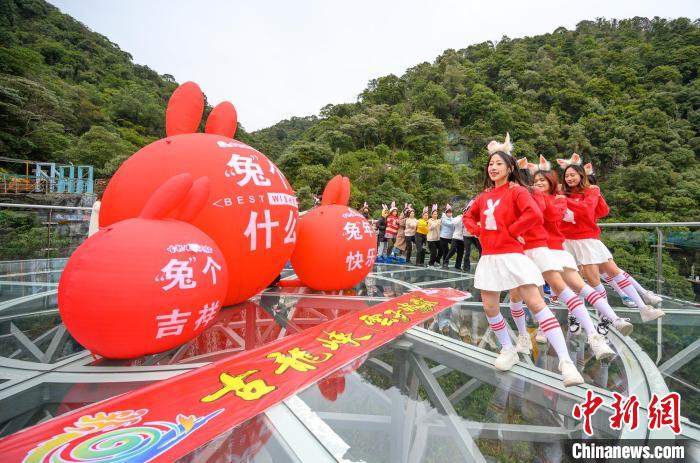 To welcome the Chinese New Year in the Year of the Rabbit, 377 museums in Guangdong Province opened more than 1,000 basic exhibitions, nearly 200 temporary exhibitions and more than 300 New Year cultural activities. For example, the Guangdong Provincial Museum’s “China in New Year Pictures” arrived as scheduled a few days ago, gathering more than 300 unique collections of New Year pictures from many places across the country, bringing auspicious and festive wishes to the audience.

Various places and scenic spots in Guangdong Province have launched Spring Festival activities one after another, and the activities containing “rabbit elements” are quite eye-catching. In Gulongxia, Qingyuan, a few days ago, a special Chinese New Year event for the Year of the Rabbit was held here, launching new year-themed activities such as the “Rabbit Dance” in the cloud, the giant “red” rabbit landscape, and the one-stop Internet celebrity check-in point. During the Spring Festival holiday, in addition to the joyful and festive “Rabbit Dance” interactive performance every day, the entire Gulong Gorge has made a lot of New Year’s scenery around the theme of “Long Teng Rabbit Leaping in the New Year”, combining elements such as “meeting” rabbits, green ecology, and fashion trends. A series of giant red rabbit landscape check-in points.

During the Spring Festival, Guangzhou will launch more than 600 cultural and tourism activities, inviting citizens and tourists to visit the Flower Street, enjoy the Cultural Expo, watch performances, and enjoy the park to celebrate the Spring Festival together. Among them, in the Tianhe Road business district of Guangzhou, Grandview Plaza launched the “Datang Thousand Lantern Festival” event, which will last until the end of February, and will continue to stage the New Year Lantern Festival, Tang Dynasty performances, and folk games full of New Year flavor. Grandview Penguin Ice and Snow World also recently welcomed guests, with an area of ​​more than 5,000 square meters, composed of seven themed areas, creating a romantic ice and snow fairy tale kingdom. 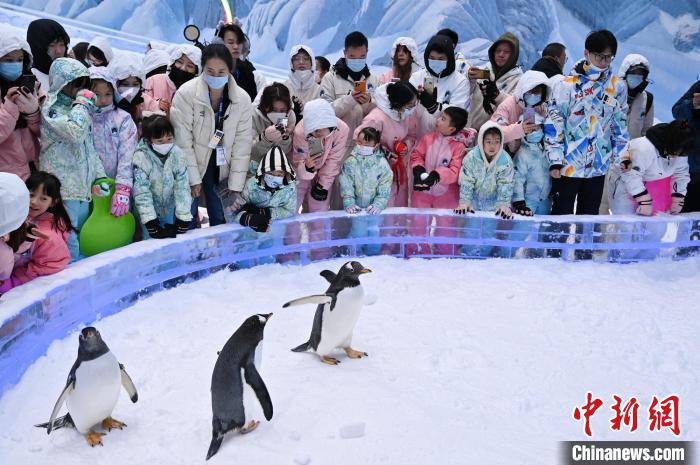 A few days ago, Dipai Hot Spring Resort in Longmen County, Guangdong was selected into the list of the eighth batch of star-rated hot spring tourism enterprises in the country, and was rated as a five-star hot spring. So far, the total number of five-star hot springs in Guangdong has increased to seven. Li Xingkai, vice president of Guangdong Provincial Hot Spring Association and president of Longmen County Tourism Association, said that during the Spring Festival holiday, Guangdong hot spring tourism is expected to be popular among tourists. (Finish)