Guangdong Year of the Pig Cultural Festival has a strong taste of the year, and Guangdong’s self-cultivated black pig breeds have entered thousands of households-Chinanews.com 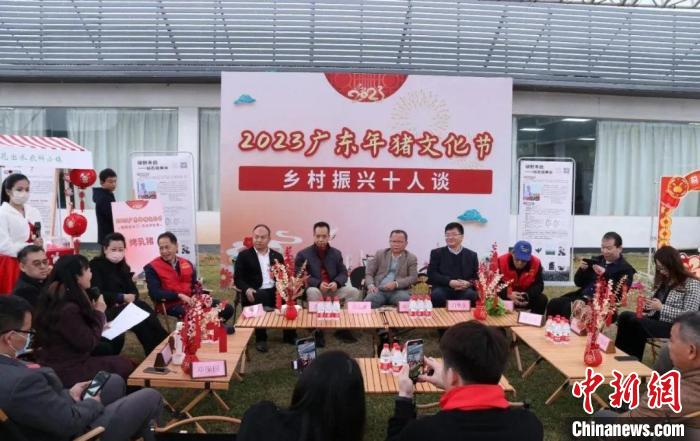 “It’s the first time I saw the 410-jin ‘Nian Pig King’, and it was so shocking.” Li Peishan, a citizen of Guangzhou, recently participated in the “2023 Guangdong Year of Pig Culture Festival-Pig Food Safe for the World, Agricultural Technology Celebrates the New Year” (hereinafter referred to as ” After the New Year of the Pig Cultural Festival”), she excitedly told reporters that the cultural festival has various activities, especially the New Year of the Pig Carnival Tasting and Experience Area, which is “eat and play”, which made her feel a strong New Year flavor.

At the Year of the Pig Culture Festival, the “2023 Guangdong Top Ten Most Popular New Year’s Pig Dishes List Voting” and “2023 Year of Pig Future New Dishes Design Competition” were launched at the same time. There is also an experience area for the Year of the Pig Carnival, which showcases the special agricultural products such as black rice, black pork, and dried lychees in Lianhua Chushui Agricultural Science Town, as well as the characteristic folk culture such as agricultural technology sugar painting and paper-cutting, fully demonstrating modern agriculture. The achievements of scientific and technological transformation have created a strong Spring Festival atmosphere for the people.

He Qingqian, vice president of Guangzhou Rural Revitalization Holdings Group Co., Ltd. and CEO of Lianhua Chushui Agricultural Science Town, expressed the hope that through the “Nian Pig Future New Dishes Design Competition”, using food as a medium, he can design a series of innovative dishes that people love, so that “Gourmet +” creativity drives the cross-border integration of primary, secondary and tertiary industries, realizes the upgrading and development of the entire industrial chain from seed industry to pig breeding, and from brand to market, promotes the integration of urban and rural areas, and boosts rural revitalization.

The reporter learned that the “Caocuihuaxiang” black pig has uniform individuals, pure black coat color, and is resistant to rough feeding. It is a breed with local characteristics and a local black pig in Guangdong.

Lin Lu, Secretary of the Party Committee and Director of the Guangdong Provincial Agricultural Technology Promotion Center, said that the successful cultivation of the “Caocuihuaxiang” black pig matching line is not only an urgent need to solve the problems of the domestic pig breeding industry, but also meets people’s yearning for a better life and Diversified market demand has contributed to the establishment of food safety confidence, the creation of national brands and the practice of rural revitalization.

Just as the Lunar New Year is approaching, at the Year of the Pig Cultural Festival, the “Anthocyanin Nutritional New Year’s Eve Food Ingredients” guide was released for the first time to popularize nutritious ingredients rich in anthocyanins and promote scientific, reasonable, and nutritious diets. 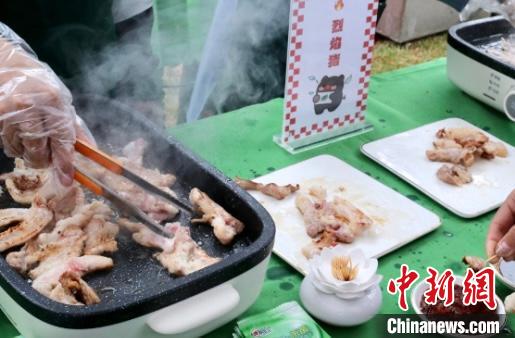 Mao Jie, President of Guangzhou Rural Revitalization Holdings Group Co., Ltd., expressed the hope that by holding the Year of the Pig Cultural Festival, the innovation achievements in agricultural science and technology will be further promoted, the optimization of the agricultural industrial structure and product upgrades will be promoted, and high-quality agricultural products such as black pig and black rice will enter thousands of households. Wanhu continuously satisfies the people’s pursuit of high-quality and better life and helps the revitalization and development of the countryside.

At the event site, a session of “Ten People’s Talk on Rural Revitalization” was also held. Relevant persons in charge and experts from the government, scientific research institutions, enterprises, and village communities participated in the co-creation, focusing on the innovation of “three new eras, pig food security for the world” The theme of “Exploration” discussed the exploration and practical experience of rural revitalization scientific research and industrial development from multiple dimensions and levels, and jointly discussed the new direction of industrial development under the background of high-quality development. (Finish)