Guangxi’s “00” first experience of the Spring Festival Transport of the Railway Police: Standing on the first shift to guard the Ping An Road-Chinanews.com 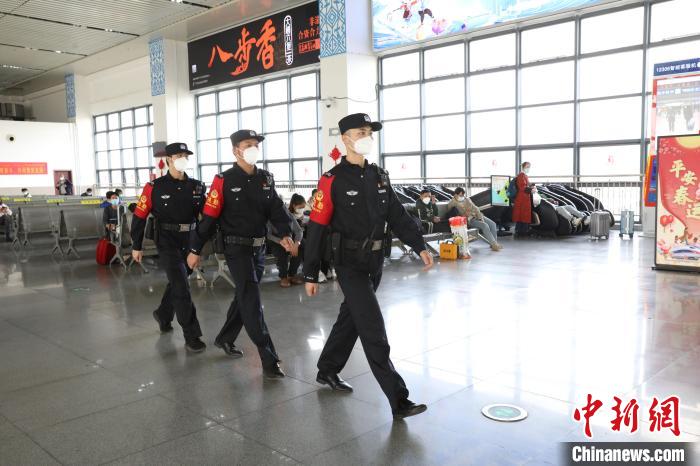 (Go to the grassroots level in the New Year) The first experience of the Spring Festival Transport of the Railway Police after Guangxi “00”: stand on the first shift to guard the safe road

Guest from Chinanews.com, January 15th (Liang Yinfa, Sun Yunfei) In the crowded railway station, there is such a special group. After they were born in the millennium, they deal with the police, maintain order, and serve passengers. Keep safe with enthusiasm and create a safe, warm and convenient travel environment for passengers. They are the iron police after “00”.

After “00”, the new policemen patrolled the station.Photo by Huang Yongsheng

Tan Fuqing, who was born in 2000, is a native of Laibin. He dreamed of being a policeman since he was a child. He chose to apply for the police academy during the college entrance examination, and passed the examination to become an iron policeman when he graduated. This made him feel very proud and proud.

The 14th was Tan Fuqing’s first day at work, but he had no “stage fright” at all. Patrol and prevention, anti-fraud propaganda, legal education, line patrol, handling police situations, etc., under the leadership of his master Gan Guoliang, Tan Fuqing gradually mastered the “hands-on” of work.

After “00”, the new police inspected the fire-fighting facilities.Photo by Huang Yongsheng

On the same day, Li, a passenger on the D3946 train, was seized by the train police for smoking in the train toilet and handed over to the Laibin North Station Police Station for processing. Tan Fuqing and Gan Guoliang, who were maintaining order at the exit, rushed over immediately.

“It was the first time I dealt with the police situation with my master. I was nervous and excited, which gave me a deeper inspiration for mastering strong professional skills and police duties.” Tan Fuqing said. Under the joint efforts of colleagues at the police station, the police punished Li according to law. 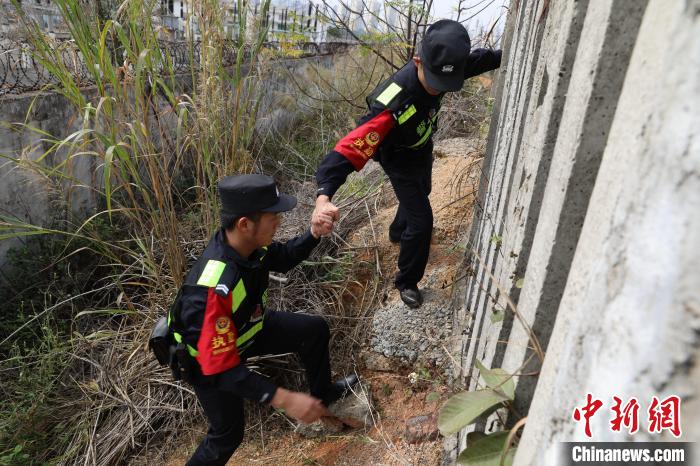 Qin Fuqing and his colleagues inspected the route.Photo by Huang Yongsheng

Wei Haochang and Wei Chuanfu, who were born in 2000 and 2001 respectively, are from Liuzhou, Guangxi, and were assigned to the same unit. Due to the special fate, colleagues can’t help but affectionately call the two “00 Gemini”. At work, the two cooperate very well.

“Hello, I can’t find my backpack, can you please help me find it?” Ms. Lu, a passenger in the waiting hall, anxiously found the two.

After learning about the situation, Wei Haochang was responsible for comforting the passenger and helping her recall the process of losing her bag so that she could find out where it was lost. Wei Chuanfu was in charge of checking the video surveillance, and searched carefully according to the information provided by the passengers. In the end, Ms. Lu’s backpack was found at the security checkpoint, and her documents, jewelry, cash, etc. were intact. 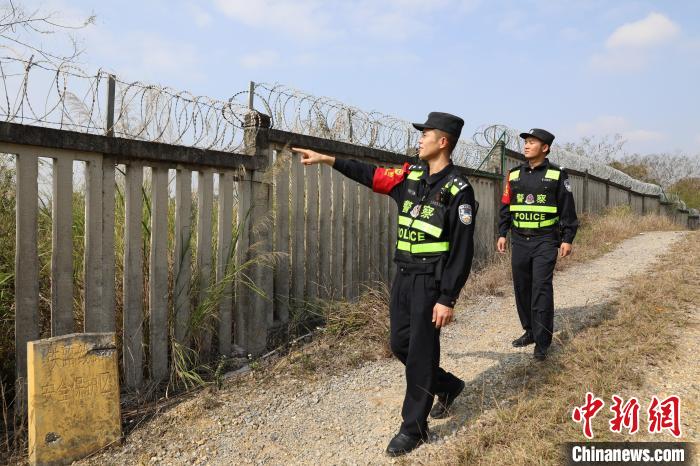 The new police and colleagues patrol the line.Photo by Huang Yongsheng

“We are also very happy to hear that the passengers affirmed us after finding the items.” Wei Haochang said.

Wei Haochang and Wei Chuanfu said that this was the first good thing they did on their first day as a police officer, and it also made them realize the responsibility and pride of being a police officer, which will be remembered for life.

The footsteps of the Spring Festival are approaching, and the tourists returning home are bustling. Three post-00 iron police lined up in a row, shuttling through the dense crowd, guarding the safe travel of passengers, adding a youthful and bright color to the busy Spring Festival travel season. (Finish)