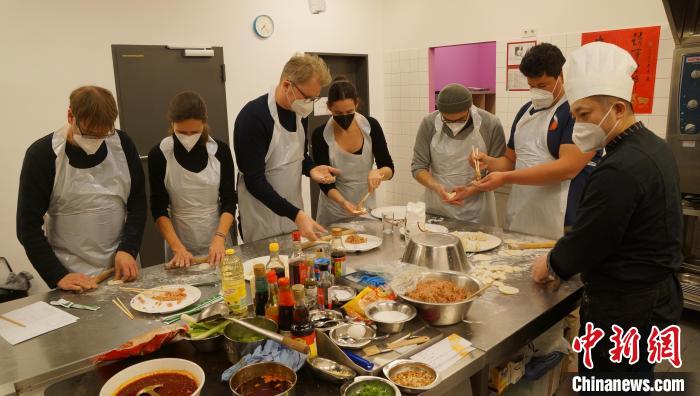 Pictured is the scene of the event.Photo courtesy of the China Cultural Center in Berlin

In the cooking class, Long Wei first introduced to the German students that the Chinese New Year’s Eve dinner is a family reunion dinner, which is the highlight of every year before welcoming the New Year. Not only are the dishes rich and colorful, but they also pay attention to many meanings. Long Wei explained in detail the production steps and key points of each dish from the aspects of material selection, knife skills, heat, seasoning, cooking, etc., taught cooking skills, and introduced to the students that eating fish during the Spring Festival means “surplus every year”, and eating dumplings The eating customs of the Spring Festival, such as “auspicious and wishful thinking” and “festive reunion”, vividly interpret the cultural significance of the Spring Festival. 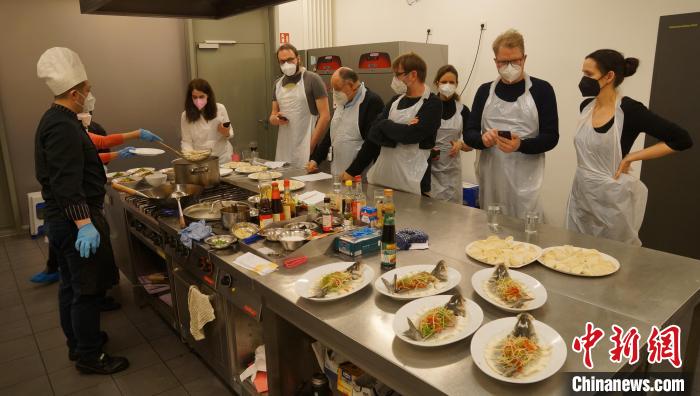 Pictured is the scene of the event.Photo courtesy of the China Cultural Center in Berlin

During the cooking class where the students made delicious food by themselves, Long Wei taught the students how to roll the skin and pinch the folds. The students learned very seriously and gradually became familiar with the method of making dumplings. From rolling the skin to stuffing, everyone was very busy. I was so happy, I made dumplings with “various poses and different expressions”.

After class, in the hall decorated with beaming red lanterns, cute Year of the Rabbit posters and mascots, the students tasted Chinese food with relish and toasted to celebrate the Spring Festival. 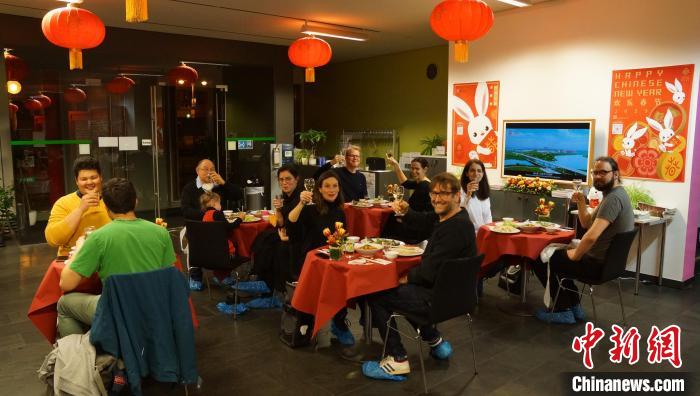 The picture shows the students toasting to celebrate the Spring Festival.Photo courtesy of the China Cultural Center in Berlin

The students all said that this is a cooking class that combines culture and cooking techniques, allowing them who love Chinese food to experience the unique charm of Chinese culture and the cultural concept of Chinese New Year’s reunion and harmony on the tip of their tongues.

This course is the second cooking class held by the Chinese Cultural Center in Berlin since it resumed its offline activities, and it is also one of the important items of the “Happy Chinese New Year” series of activities in 2023. The center’s cooking courses have been established for many years, and have been committed to introducing Chinese food culture and cooking skills to the German people, and have gained a good reputation and high popularity with high-quality teaching standards. (Finish)

Share
Facebook
Twitter
WhatsApp
Copy URL
Previous article
The ancient capital is full of lights and shadows to welcome the spring this year-Chinanews.com
Next article
Tianjin Customs seized 7 cultural relics restricted from export and declared them as “daily necessities and toys”-Chinanews.com