Health Care — WHO to decide if monkeypox is a health emergency 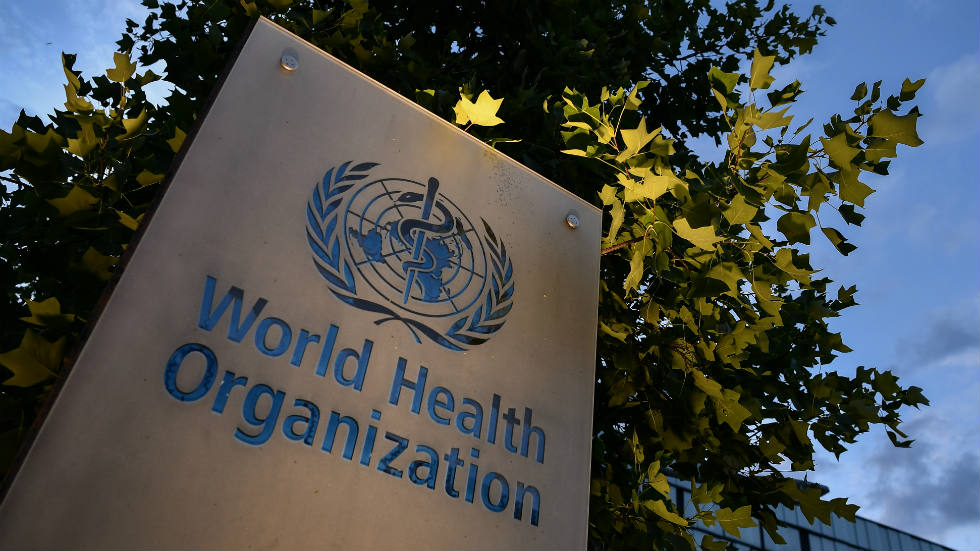 For those who crave pizza-related news, Little Caesars is now the official pizza sponsor for the NFLreplacing Pizza Hut, which has held the position for four years. (Someone actually out-pizza’d The Hut.)

The World Health Organization is set to meet to decide if monkeypox is a global health emergency.

Panel to determine if monkeypox is an emergency

The World Health Organization’s (WHO) emergency committee will meet next week to determine whether monkeypox is a “public health emergency of international concern,” it announced Tuesday, signaling an increasing level of concern about the outbreak.

“I think it’s now clear that there is an unusual situation, meaning even the virus is behaving unusually from how it used to behave,” WHO Director-General Tedros Adhanom Ghebreyesus said. “It’s also affecting more and more countries and we believe it needs also some coordinated response because of the geographic spread.”

Elevating monkeypox to a public health emergency of international concern would give it the designation that COVID-19 received in early 2020.

ESG investing is increasingly popular among investors seeking to make capital decisions based not only on likely financial return but also with an eye toward investing in companies perceived to be creating social good. Join The Hill for a conversation on the growing demand for ESG and how it is transforming the business and investment landscape. Former SEC chair Harvey Pitt, Rep. John Rose (R-Tenn.), Bank of America Merrill Lynch’s Savita Subramanian. RSVP now

A Food and Drug Administration advisory panel on Tuesday recommended the agency expand the authorization of Moderna’s COVID-19 vaccine to children and teenagers ages 6 to 17.

The vaccine is currently approved for adults only.

After the FDA, the Centers for Disease Control and Prevention will consider the matter as early as Friday.

Moderna initially asked FDA to clear its vaccine for adolescents ages 12 to 17 last June, but concerns over a rare heart condition led officials to delay authorization.

Roughly 14 percent of the global population has been infected with Lyme disease, and its prevalence is only growing, according to a study published Monday.

Researchers said that the studywhich was published in the journal BMJ Global Health, is a first-of-its-kind analysis that examined more than three decades worth of studies on the tick-borne disease.

Researchers parsed through thousands of potentially applicable studies from three databases, eventually analyzing 89 studies conducted between 1984 and 2021 that involved a total of 158,287 participants.

But the study found that much of that research didn’t utilize a certain laboratory technique that separates and identifies proteins to confirm results, called western blotting, which reduces the risk of reporting false positives.

The Chicago Department of Public Health is encouraging residents to take precautions when gathering with others this summer as a handful of monkeypox cases have been confirmed in the city.

“While the risk in Chicago remains low, CDPH wants the public to be able to make informed choices about gathering in spaces or participating in events where monkeypox could be spread through close or intimate contact,” Chicago public health department Commissioner Allison Arwady said in the release.

The city has identified seven cases as of Sunday and is working with the Illinois Department of Public Health and other local health departments to find other potential cases. Over 60 cases have been identified in the U.S. as of this week.

The Food and Drug Administration (FDA) has approved a full-body treatment for alopecia areata, an autoimmune disorder that can cause hair loss and baldness occurring in patches on the body, for the first time.

The FDA announced in a release Monday that it has approved oral tablets called Olumiant as a treatment for adults with severe alopecia. The agency has previously approved treatments for the disorder that address specific parts of the body, but Olumiant is the first FDA-approved alopecia treatment that treats the entire body.

“Access to safe and effective treatment options is crucial for the significant number of Americans affected by severe alopecia,” Kendall Marcus, the director of the Division of Dermatology and Dentistry in the FDA’s Center for Drug Evaluation and Research, said in the release. “Today’s approval will help fulfill a significant unmet need for patients with severe alopecia areata.”

Already being used: Olumiant had previously received approval from the FDA in 2018 as a treatment for patients with moderate to severe rheumatoid arthritis, according to the release. It is also an approved treatment for COVID-19 for certain adults who are hospitalized.

These are the factors that go into gas prices

That’s it for today, thanks for reading. Check out The Hill’s Health Care page for the latest news and coverage. See you tomorrow.

Previous articleWhat is amla? All about the berry hailed as a new superfood
Next articleRazed home not owned by Prayagraj unrest ‘kingpin’: Kin | India News – Times of India