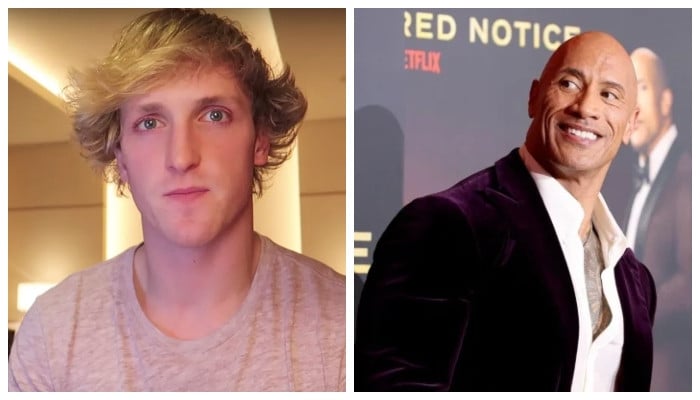 Dwayne The Rock Johnson who has been a ‘hero’ for YouTuber Logan Paul is no more in contact with him following the 2017 ‘suicide forest’ incident.

Now, in a recent interview on the True Geordie Podcast, the YouTuber opened up about the same and called it the “saddest moments of his life” when the WWE legend asked him to delete all their photos and videos together.

Paul received massive backlash for posting a video in 2017 from Aokigahara, Japan.

Referred to by some as the “Japanese Suicide Forest”, Paul and his crew filmed in the forest at the base of Mt. Fuji and ended up finding a deceased man’s body. The video received massive backlash as netizens called out Paul for the insensitive video.

Revealing what happened after the controversy, Paul said, “After Japan happened, I obviously found myself in a hole, rightfully so, that I had never been in before. Extremely low, mentally, and I got a call from my publicist, who also repped Dwayne ‘The Rock’ Johnson. She’s like ‘Hey, Dwayne has asked that you remove every video and picture that you’ve done with him.

“Maybe in the future, the relationship can be reconciled, but for now, he basically wants nothing to do with you.’ Which I also understood. I get it. I made a grotesque error”, via ETCanada.

The YouTube further added that it was beyond saddening for him to receive such a reaction from his “hero.” Following the 2017 controversy, Logan deleted the video from his account and also issued a public apology for the same.

Before being embroiled in the controversy, the two had appeared in several viral videos together, including one where Paul visits Johnson on the set of the 2017 movie Baywatch.