Hong Kong lawyer Junyao Ho: Arriving in Guangzhou with the No. 1 certificate to start practicing in the New Year-Chinanews.com 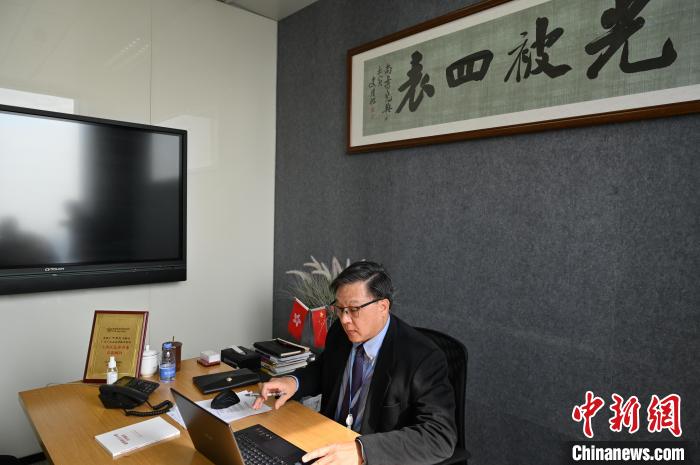 On He Junyao’s desk is a sign that reads “Chief Consultant for Legal Affairs in the Greater Bay Area”.Photo by Chen Chuhong

(Love in the Greater Bay Area) Hong Kong lawyer Junyao Ho: Holding the No. 1 certificate, he arrived in Guangzhou to start practicing in the new year

At the beginning of 2023, Junyao Ho, a Hong Kong “big judge” (Cantonese, referring to lawyers) with more than 30 years of experience in the legal profession, appeared in Guangzhou and started a new year of practicing in the Mainland at Eons Junda Law Firm.

“I will go to work in the mainland four times a year.” He Junyao told reporters from Chinanews.com that this is his second visit to the mainland since he became the first batch of Hong Kong and Macau lawyers approved to practice in the nine mainland cities of the Greater Bay Area last year. work.

On the 29th floor of Guangzhou Chow Tai Fook Financial Center, He Junyao’s office is neatly organized.Photo by Chen Chuhong

On the 29th floor of Guangzhou Chow Tai Fook Financial Center, He Junyao’s office is neatly organized, and a sign of “Chief Consultant of Legal Affairs in the Greater Bay Area” on the desk is very eye-catching under the sunlight. In July last year, He Junyao from the Department of Justice of Guangdong Province issued the Guangdong-Hong Kong-Macao Greater Bay Area Lawyer’s License No. 90000001. Up to now, he has represented 4 cases in the six months of practicing in the Mainland.

Talking about the feelings of practicing in the mainland for half a year, Junyao He talked about the four words of “first try first”. On the one hand, this is his admiration for the continuous progress of the mainland’s judiciary, and on the other hand, it is an encouragement to young lawyers in Hong Kong and Macau.

“Guangdong Province’s judicial system is very advanced, and it is good to follow. Under the influence of the new crown epidemic last year, it is very good to hold courts through video while ensuring personal health, life and property safety.” He Junyao highly appreciates the flexible way of handling cases in the Mainland. In the first case he represented in the mainland, he felt the convenience and efficiency of online court proceedings.

The Guangdong-Hong Kong-Macao Greater Bay Area has the characteristics of “one country, two systems and three jurisdictions”. He Junyao said: “The High Court of Guangdong Province once invited me and the judges who gave lectures to talk about the experience of Hong Kong precedents.” 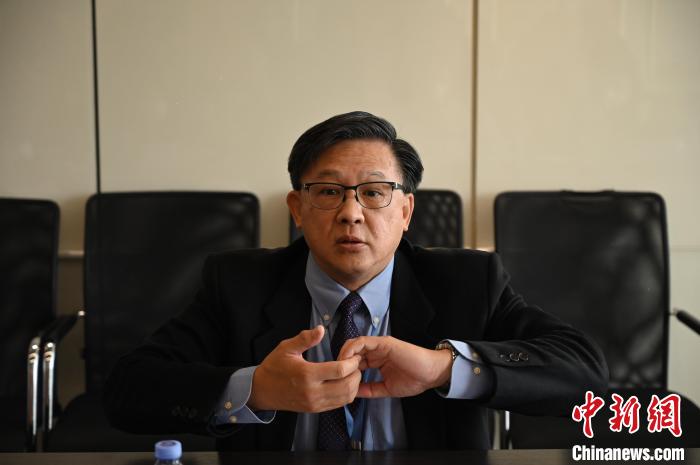 He Junyao recalled the past exchanges between mainland lawyers and Hong Kong lawyers.Photo by Chen Chuhong

He Junyao recalled the experience of taking the national judicial examination three times and said with a smile that it is difficult for Hong Kong lawyers to take the judicial examination with hundreds of thousands of young and promising mainland youths and learn mainland legal knowledge from scratch. He believes that the Guangdong-Hong Kong-Macao Greater Bay Area Bar Exam is open to lawyers with more than five years of practicing experience in Hong Kong and Macau, and the content of the exam will be adjusted accordingly, which is a good way to try first.

According to the data provided by the Guangdong Provincial Department of Justice on the 9th, by the end of 2022, a total of 16 Guangdong-Hong Kong (Macao) partnership law firms have been established in Guangdong, and 90 Hong Kong and Macau lawyers have been stationed and hired; 205 Hong Kong and Macau lawyers have passed the examination Afterwards, he obtained the Guangdong-Hong Kong-Macao Greater Bay Area Lawyer’s Practice Certificate.

Since opening a law firm in Hong Kong in 1988, Junyao Ho has served as the president of the Law Society of Hong Kong, and has continuously promoted the exchange of legal talents between the Mainland and Hong Kong. “I once led my colleagues in Hong Kong to the mainland for exchanges, and traveled to more than 20 provinces, municipalities and autonomous regions in the mainland.”

“The seeds of the early exchanges are now blooming and bearing fruit.” He Junyao smiled. Now, Hong Kong and Macau lawyers can practice in the mainland, and he is even more confident.

Deng Chuanyuan, vice president of the Guangzhou Lawyers Association, and He Junyao have the same views. He believes that relevant measures are of great significance to the integration of the Greater Bay Area. Deng Chuanyuan said that Hong Kong and Macao lawyers practiced in nine mainland cities in the Guangdong-Hong Kong-Macao Greater Bay Area, expanding their business area. At the same time, it has also strengthened exchanges with mainland lawyers, which is conducive to jointly serving Chinese enterprises to enter the international market.

He Junyao is 61 years old, but he is still full of energy. He Junyao said: “I visited Luogang, Guangzhou yesterday morning, met with clients in Panyu, Guangzhou at noon to discuss the case, returned to Tianhe at 6:00 p.m. after dinner, and returned to the hotel at 9:00 p.m. to meet another group of clients.” On the day of the reporter’s interview, He also participated in the “Guidelines for the Connection of Judicial Rules for Commercial Disputes Involving Hong Kong and Macau” seminar, shared his practice experience with young lawyers from Hong Kong and Macau, and encouraged young lawyers from Hong Kong and Macau to practice in the Mainland.

At the end of the interview, He Junyao wrote on his desk: “Although the road is long, the journey will come; although the task is difficult, it will be accomplished if it is done. Go forward bravely without any doubts.” (Finish)