Looking to nature for inspiration, drug research, genetically modified crops or other products is nothing new — research groups and major corporations do it all the time.

But discoveries based on traditional Indigenous knowledge or the wealth of biodiversity in developing countries can end up being exported and patented without proper credit or compensation, in what’s colorfully known as biopiracy.

The practice is rooted in history. Colonizers like Spain, the United Kingdom and other global empires frequently took and profited from the natural resources of the regions they occupied, trading in products like coffee, cotton, tea, pepper and rubber.

Today, richer states often exploit the natural resources of poorer nations for medical, agricultural or industrial purposes. Though some protections have been in place for decades — including a World Trade Organization agreement that covers intellectual property rights for varieties of plants and animals — such protections aren’t always effective.

Such was in the case in the decade-long fight against a patent granted to a US multinational on an antifungal product derived from the neem treethe use of which has long been a traditional part of Indian medicinal knowledge. The case was ultimately won by the Indian government.

Another example is when American cosmetics firm Mary Kay tried to patent an ingredient from the Kakadu plum — a native Australian fruit which can sell for up to 40 Australian dollars ($27, €26) per kilogram — in its skincare line. The move would have shut out Indigenous producers from the Australian market, people who have long benefited from the plum’s medicinal qualities.

Biopiracy can also have devastating environmental effects. In Sri Lanka for example, endemic fish and floral species — and by extension, the country’s diverse ecosystem — are threatened due to overexploitation by the ornamental fishing and pharmaceutical industries.

Ahead of the second phase of the COP15 biodiversity conferencescheduled to take place in China’s Kunming later this year, negotiators are struggling to agree on updated terms that include issues like biopiracy, and which would account for recent scientific advances.

The Nagoya Protocol, intended to regulate access to biodiversity and genetic resources and promote the “fair and equitable” sharing of any benefits with the communities that provide them, entered into force in October 2014. To date, 137 countries have ratified the document — though several major players are still absent, including Canada, the United States and Russia.

A major sticking point now is the use of genetic data in digital form, or digital sequence information (DSI). While traditional biopiracy — the illegal use of physical specimens — is protected in some form, a group of mainly African countries has insisted it will only agree to the new global biodiversity framework if it includes a way to fairly share the benefits from the use of DSI.

Rik Kutsch Lojenga, executive director of the international nonprofit Union for Ethical BioTrade, told DW that digital sequence information can now be stored in online open-access databases, giving researchers what they need without having to directly handle the physical specimen.

Lojenga said developing countries have expressed concern that this approach “would circumvent the obligation to share benefits from the utilization of genetic resources” under the Nagoya Protocol.

“The use of digital resources turns out to be more ‘subtle’ than in the case of ‘classic’ biopiracy,” said Michele Rivasi, a French member of the European Parliament with the Greens/European Free Alliance. She told DW that some researchers are now aiming to collect as many sequences as possible for their “huge databases” in order to extract any information of interest for their current or future work.

“It is therefore often difficult, even if a resource has actually been ‘used’ — digitally — to identify or quantify its exact contribution to the final result,” she said, actually making it easier for researchers and corporations to exploit a country’s biodiversity without credit.

At earlier talks in Geneva in March, delegates stressed that Indigenous peoples and local communities should be the primary beneficiaries, due to their crucial role in conservation and sustainability.

Even though several studies have shown how problems like deforestation in areas managed by Indigenous communities tends to be significantly lower, protections provided by the Nagoya Protocol haven’t been enforced over the last eight years in any significant way.

Rivasi, whose work has focused on the rights of Indigenous and local communicates, highlighted the case of French Guiana, where French researchers, based on interviews with Indigenous groups in 2005, identified — and patented — a component in Quassia amaraa traditional medicinal plant with anti-malarial properties. Though the IRD research group eventually agreed to share any potential scientific and economic benefits, it still retains the patent granted by the European Patent Agency in 2015, despite an appeal. 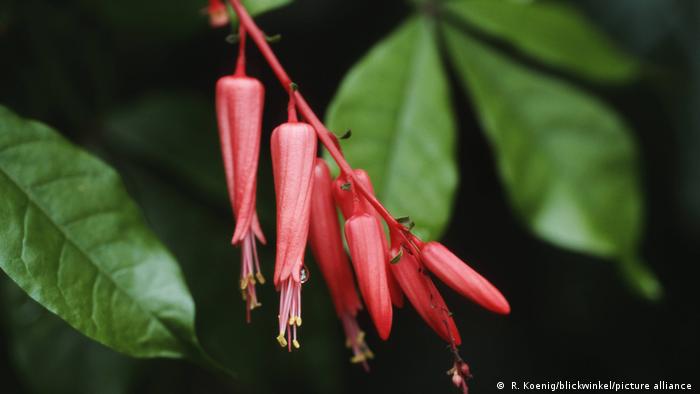 “This patent is a flagrant case of biopiracy. At no time were the six Indigenous communities of French Guiana consulted,” said Rivasi. “This decision jeopardizes the use of traditional remedies, as the IRD can prohibit the use of these remedies by the communities that discovered them.”

In a July 2021 resolution, which Rivasi helped negotiate, the European Parliament called for consistency between the various international agreements on the subject of genetic resources. They stressed the importance of disclosing their origins in patent applications, to ensure the “fair and equitable sharing of the benefits.”

Could a levy be the way forward?

At the Geneva talks in March, an African Group delegate floated the idea of creating a global system to collect “a 1% levy on retail prices of all biodiversity-related products to support on-the-ground biodiversity conservation.”

This approach has already come to fruition, for example in South Africa where the rooibos industry signed a benefit-sharing agreement with the Khoi and San Indigenous communities in late 2019. 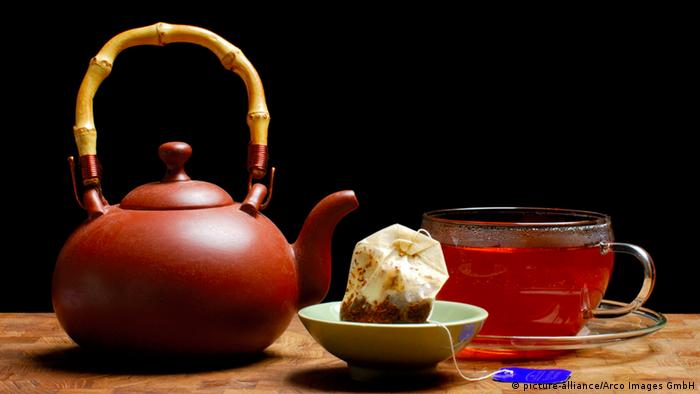 The deal, which acknowledged that the Khoi and San were the “traditional knowledge holders” for the endemic rooibos and honeybush plants, will give the communities 1.5% of what agribusinesses pay for the unprocessed harvest. That amounts to around 12 million rand (€715,000 or 750,000) per year from the lucrative industry, which is primarily known for use as tea but can also be found in cosmetics, juices and medicines.

The agreement “would ensure that our Indigenous biological resources, and their associated traditional knowledge, are used sustainably and will contribute to the growth of a healthy and prosperous nation,” said Barbara Creecy, minister of environment, forestry and fisheries, at the time.

It’s a model negotiators may keep in mind in Nairobi this week as they hammer out details of the new global biodiversity framework, which the UN describes as a “once-in-a-decade opportunity to secure an ambitious and transformative global plan to tackle biodiversity loss and set nature on the path to recovery.”