How to build a “Little Lucky” pocket park for Shanghai? – Chinanews.com 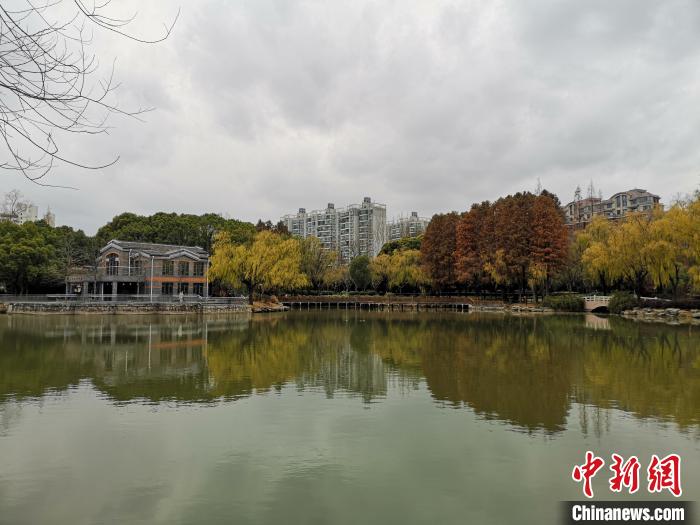 A pocket park in Pudong, Shanghai.Photo by Fan Yubin

Chinanews.com, Shanghai, January 9th (Reporter Fan Yubin) In Shanghai, where there are “less land and more people”, there are now many “small and beautiful” pocket parks – in the urban space of high-rise buildings and heavy traffic, “interspersed With pocket parks dotted with lush greenery, Shanghai residents can “see the green through the window and enter the park” at the doorstep of their homes.

It is true that the construction of pocket parks is not a one-time effort.

The two sessions in Shanghai in 2023 will be held soon, and the Shanghai Municipal Committee of the China Democratic National Construction Association (hereinafter referred to as the “Shanghai Municipal Committee of the Democratic National Construction Association”) will submit a proposal to further improve the satisfaction of citizens in the construction of Shanghai pocket parks and strengthen the overall planning and layout of pocket parks. According to different functional types of pocket parks, design guidelines, etc. can be compiled and released.

Pocket parks refer to park greening activity venues that are open to the public, small in scale, diverse in shape, and have certain recreational functions. A reporter from Chinanews.com learned that since 2016, according to the layout characteristics of small, many, and even, there has been a boom in the construction of pocket parks in Shanghai. During the “14th Five-Year Plan” period, Shanghai will focus on building the “Thousand Gardens” project. By 2025, the total number of parks will reach 1,000, becoming a veritable “Thousand Gardens” city.

In this proposal, the Shanghai Municipal Committee of the Democratic National Construction Association sorted out the current situation of small-scale green spaces such as pocket parks in Shanghai and street gardens and street green spaces that have not yet been upgraded to pocket parks, combined with the results of questionnaire surveys, and analyzed pocket parks in planning, design, Problems existing in construction and post-construction management and maintenance, and put forward opinions and suggestions.

The proposal pointed out that the main problem currently existing in the construction of pocket parks in Shanghai is the lack of land indicators for new pocket parks, especially in high-density urban areas where the land use indicators for new pocket parks are under greater pressure; Unsatisfactory, with large regional differences; the degree of travel is not high, the current facilities are single and of varying quality, and the age-appropriateness and child-friendliness need to be improved; the level of plant configuration is average; there is no main body for daily maintenance and management.

In response to the above problems, this proposal puts forward specific suggestions in five aspects.

The proposal suggests that the overall planning and layout of the construction of pocket parks should be strengthened, multi-departmental coordination should be strengthened, and the “park director system” should be piloted. The land of the pocket park is small and flexible, and various ancillary spaces can be mobilized and opened to ensure the density of the green space. The space under the bridge and the landscape of the intersection can be further used for the overall layout. For example, there are about 400 kilometers of elevated roads in Shanghai. The space greening under the viaducts can not only create more green without occupying land, but also solve the environmental problems caused by the elevated road traffic.

At the same time, the proposal suggests that the design, construction, and maintenance costs of pocket parks can be appropriately increased, and some budgets can be increased or financial subsidies can be provided; a sound evaluation system for the construction and use of pocket parks can be established, and coordination between greening authorities, streets and towns, neighborhood committees, and property management can be done. Work, clearly define rights and responsibilities, compact responsibilities, pay attention to issues such as ground garbage, seat cleaning, facility safety, etc., establish a corresponding tracking and feedback mechanism, let surrounding residents participate in scoring and supervision, and make the pocket park “well-built, well-used, Raise well.”

In addition, the proposal also recommends adapting measures to local conditions, optimizing functions, and compiling and releasing design guidelines for different functional types of pocket parks. For example, according to the main functional types, pocket parks can be divided into four categories: leisure and social interaction, sports and fitness, children’s games, and cultural exhibitions, and constructive suggestions can be put forward respectively. (Finish)

Share
Facebook
Twitter
WhatsApp
Copy URL
Previous article
Huainan, Anhui: “Clanging Rose” combines love and law to protect the safety of the countryside-Chinanews.com
Next article
Wuxi, Jiangsu promotes the realization of a higher level of “seven essentials of people’s livelihood” so that the people can feel “stable happiness”-Chinanews.com