Huainan, Anhui: “Clanging Rose” combines love and law to protect the safety of the countryside-Chinanews.com 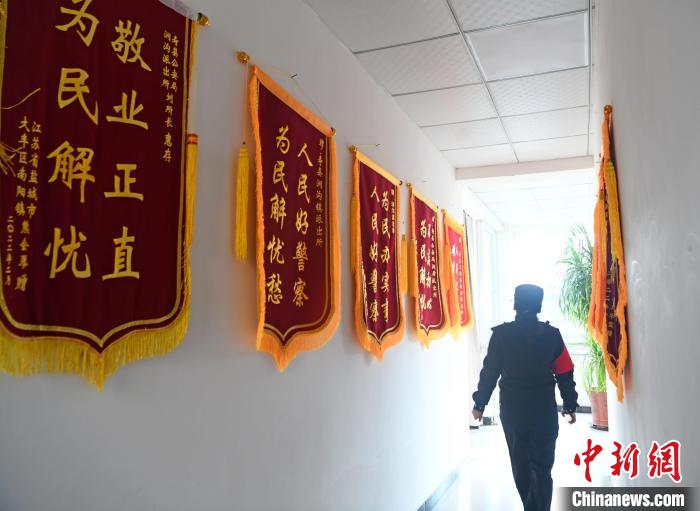 The walls of the Jiangou Police Station are covered with silk banners sent by the masses. Liu Ming believes that word-of-mouth from the masses is the best work indicator for grass-roots police stations.Photo by Chen Bin

(New Year walks to the grassroots) Huainan, Anhui: “Clanging Rose” blends love and law to protect the safety of the countryside

Chinanews.com, Hefei, January 9 (Chen Bin) On January 5, 2023, Liu Ming, director of the Jiangou Police Station of the Public Security Bureau of Shou County, Huainan City, Anhui Province, received the police and patiently mediated a case of work-related compensation and resolved the conflict in a timely manner.

Liu Ming, 48 years old this year, worked as an ordinary household registration policeman in Shou County after graduating from the police academy in 1994. During his nearly 30 years of grassroots police career, through training in multiple positions, Liu Ming explored a set of principles that integrate emotion and law to protect rural safety. work method. 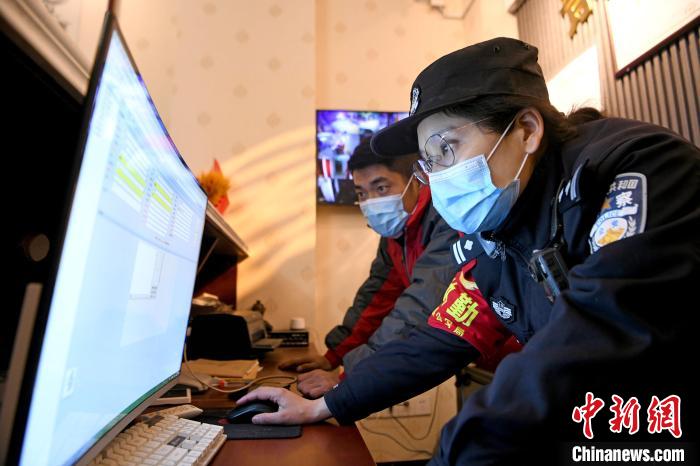 On the evening of January 5, Liu Ming (right), director of the Jiangou Police Station of the Public Security Bureau of Shou County, Huainan City, Anhui Province, checked the registration of hotel occupants in the area under his jurisdiction.Photo by Chen Bin

The Jiangou Police Station is located in the thousand-year-old county—the west of Shou County, Huainan City, Anhui Province, with a jurisdiction of 57,000 people and 5 police officers. As the public’s awareness of the rule of law increases, when they encounter conflicts and disputes, they will call the police as soon as possible and ask the police station to solve the problem. 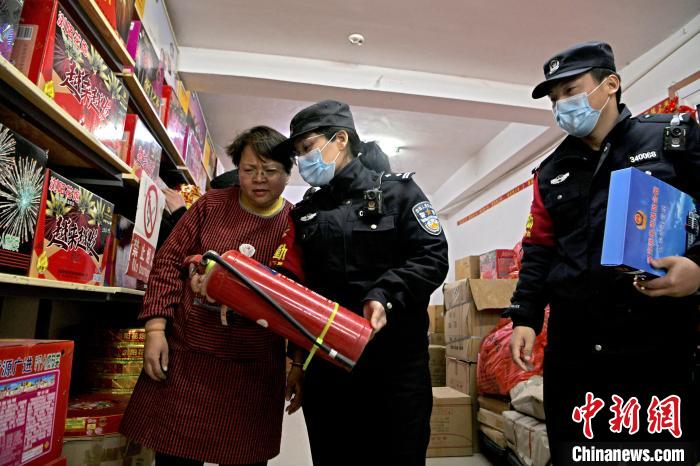 On January 6, Liu Ming (middle), director of the Jiangou Police Station of the Shou County Public Security Bureau, Huainan City, Anhui Province, carried out inspections of the fireworks and firecrackers market to ensure rural safety during the Spring Festival.Photo by Chen Bin

“The common people call the police to let you uphold justice. Only when the case is closed and the matter is settled, can the conflict be resolved and the dispute escalated.” Liu Ming, who was quick to speak, said. At the scene of dealing with various complicated and contradictory police situations, Liu Ming will always grasp and analyze the police situation in the first time, quickly judge right from wrong, speak the law and reason, and deal with it tenderly. In order to improve the ability to mediate conflicts and disputes, she has self-taught to pass the national second-level psychological counselor. In the work of rural revitalization and safety construction, she hopes that more people will participate in rural governance and care for the left-behind elderly, women and children. 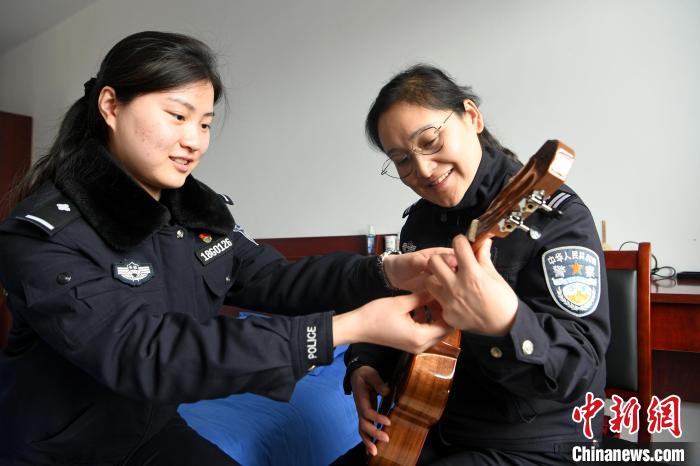 Liu Ming (right) and the young policemen used their lunch break to learn musical instruments to enrich the life of the police camp.Photo by Chen Bin

The grassroots police stations in rural areas have fewer people and more affairs. Focusing on the work indicators such as “early warning and prevention, crackdown and rectification, management and management, and long-term governance”, Liu Ming led the police and auxiliary police of the whole station to do every job well, and won the public’s reputation with hard work. Keep the village safe.

The third “Chinese People’s Police Day” is coming. Looking at the beautiful countryside full of joy, harmony and festiveness of the Spring Festival, Liu Ming feels that all the efforts are worthwhile.