If 2023 does not usher in the restart that investors are looking forward to? 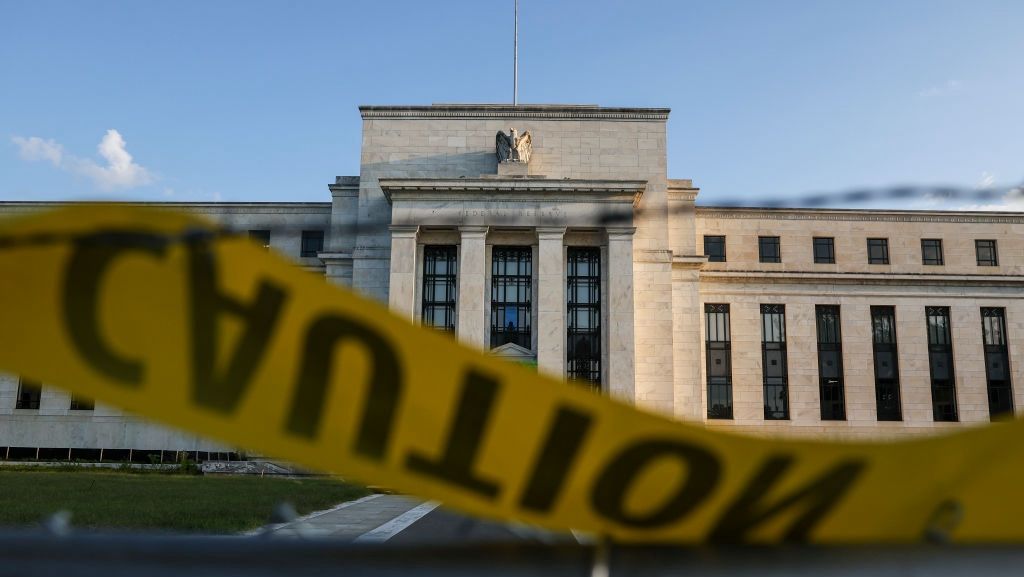 Inflation is finally starting to cool. But the specter of high inflation still haunts fund managers.

Last month, the real possibility that the global inflation peak may have passed began to emerge in the US. The data at that time showed that the annual rate of U.S. inflation fell to 7.1% in November last year, which was not a small drop from 7.7% in October, and even a little lower than the predicted value.

Of course, a “old you”, say three years ago, would scoff at the notion that 7% plus inflation is good for risky assets. But the problem is, “the old you” didn’t experience the meat grinder of 2022 — the year that fund managers of almost every type are desperately trying to forget.

The figure marks the lowest inflation rate in nearly a year, meaning the pace of consumer price increases has slowed for two straight months. It gave investors hope that the long nightmare of endless inflation surges and an endlessly hawkish Federal Reserve might finally be coming to an end. Data released by the euro zone in January showed that the inflation figures in the United States were no accident, and the inflation rate in the euro zone also fell back to single digits in December last year. U.S. data for December is due out this week.

So why aren’t investors dancing in the streets to celebrate? Instead, when you ask how the year will play out, the poachers—perhaps intimidated by the brutal 2022 stock-bond kill—express inescapable misgivings. “Honestly, I don’t know,” sighs Andrew Lake, head of fixed income at Mirabaud Asset Management. “I don’t know.”

One factor dampening enthusiasm is that a pullback in inflation has already been priced in by markets. Investors have done what they should and are anticipating the next big shift in the global macro environment. Global stocks, as measured by the MSCI World index, rose about 20% from their nadir in October to mid-December, despite the absence of any meaningful bright spots in economic growth or geopolitical tensions. Lake said the rally “has discounted returns in 2023.”

The real concern for Lake and many other money managers is that, admittedly, the Fed may soon be on hold. It has already pared rate hikes to 0.5 percentage point, a big break from the 0.75 percentage point hikes we’ve seen many times in 2022. Early this year, it may want to wait and see how this rapid pace of policy tightening trickles down to the economy.

But can we be sure the next step is down? What if the pause wasn’t a turning point but a downtime, a short respite to load up and start over? After all, it turns out that no one in policymaking or investing circles really understands inflation as well as they think. “If inflation isn’t coming down and unemployment isn’t high, then they’ll feel comfortable raising rates again,” Lake said.

That kind of thinking is literally keeping investors up at night. Deep down, they want to go back to the good old days: low inflation, low interest rates, and a bunch of central bankers who see support for flamboyant financial conditions—read this as rising asset prices—as a virtue.

But central bankers want to return to a different kind of good old days, the days of tame inflation. If they continue to focus on this mission and hike rates forcefully again, some of the dire encounters with portfolios in 2022 could be repeated in 2023. “The worst-case scenario for the next year is that Powell’s Fed turns into another Volcker’s Fed, more hawkish,” said Flavio Carpenzano, director of fixed income investments at Capital Group. group.”

Not only will this continue to depress risky assets such as technology stocks, which soar when money is cheap and earnings don’t have to be feared, it could also force the U.S. economy into recession.

“My biggest concern is that the Fed has to start raising rates again,” said Andrew Pease, head of investment strategy at Russell Investments. Pease said it was easy to imagine the Fed taking a pause, with markets Prices will rise sharply, the economy will recover, and then inflation will come back, and policymakers will be desperate to curb inflation. Then the pain started again. “My concern is not that we’re going to have a Great Recession, but that the Fed starts tightening again at the end of 2023,” he said.

A mild recession might actually be the best outcome for investors, he said — mild enough not to cause too much pain, but bad enough for the Fed’s benchmark rate to end well below 6%. Otherwise, the 2022 horror show will continue. Last year “was seen as the year of the reboot,” Pease said, “but what if it wasn’t?”

Share
Facebook
Twitter
WhatsApp
Copy URL
Previous article
The 2023 GDP targets of 31 provinces have been announced, and many places have expressed their positions to strive for better results-Chinanews.com
Next article
The Roots of the UK Nurses’ Strike – The NHS Crisis