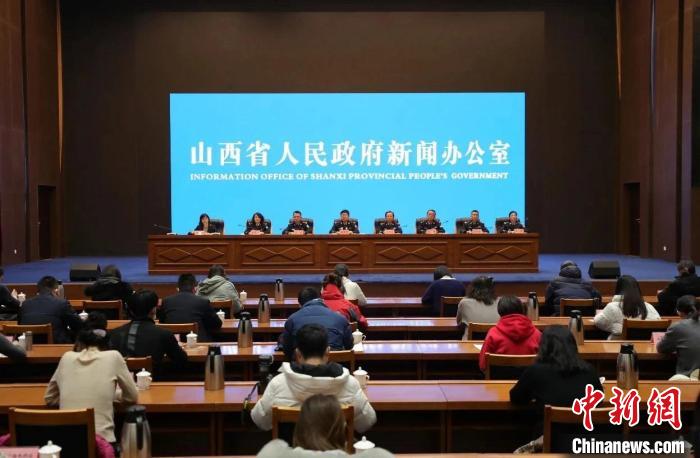 The picture shows the scene of the press conference.Photo courtesy of Shanxi Provincial Government Information Office

China News Service, Taiyuan, January 13 (Yang Jing and Li Tingyao) The reporter learned at a press conference held by the Shanxi Provincial Government Information Office on the 13th that in 2022, criminal cases in Shanxi Province will drop by 20.7% year-on-year. There were 1,234 criminal cases in the field of property rights, 1,998 criminal suspects were arrested, and the amount involved was more than 2.1 billion yuan.

Ma Runsheng, the first-level police commissioner of the Shanxi Provincial Public Security Department, introduced that last year, the Shanxi Public Security Bureau further promoted a series of special crackdown campaigns focusing on “sweeping crimes, gambling, combating electricity fraud, cracking down on theft, prohibiting drugs, and protecting people’s livelihood”. Taking the “100-day action” to crack down on public security in summer as the lead, we will crack down on prominent illegal crimes, comprehensively purify the social environment, and drive the continuous improvement of social security.

At the same time, the Shanxi Public Security Bureau further promoted the special campaign to severely crack down on private mining and theft of mining resources, cracked a total of 159 criminal cases in the field of mineral resources, arrested 517 suspects, and involved 1.44 billion yuan. The special action to crack down on gun explosion crimes was deepened, a total of 11,774 units (times) involving gun explosions were inspected, 1,449 potential safety hazards were found to be rectified, 144 criminal cases involving gun explosions were investigated, and a batch of guns, bullets, explosives, and detonators were confiscated.

In addition, with the goal of escorting and promoting high-quality development in an all-round way, Shanxi Public Security has continuously launched fierce offensives against crimes in the fields of economy and finance, food and drug, and intellectual property rights. A total of 2,008 economic crime cases have been cracked, 2,409 criminal suspects have been arrested, and 2,409 criminal suspects have been arrested. The direct economic loss was 1.881 billion yuan.