In 2022, the criminal police situation in Taiyuan, Shanxi will drop by 10.4%, and 7 criminal gangs will be eliminated-Chinanews.com 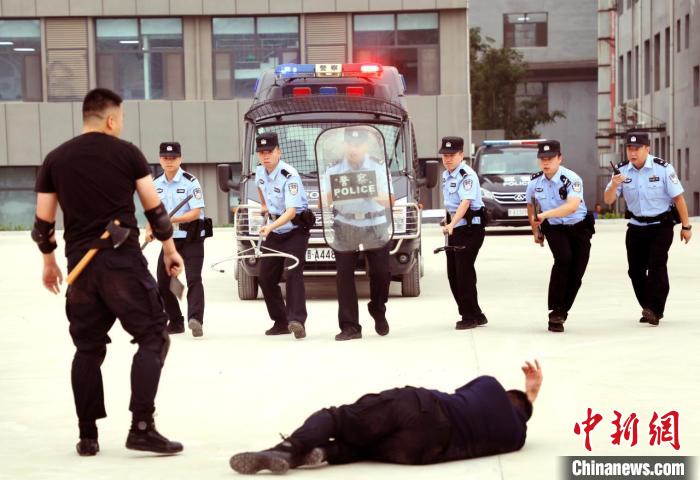 China News Service, Taiyuan, January 9th (Reporter Li Tingyao) On the occasion of the Chinese People’s Police Day on January 10, 2023, the Public Security Bureau of Taiyuan City, Shanxi Province announced on the 9th that the total number of criminal police cases in the city in 2022 will be year-on-year. A decrease of 10.4%, and a year-on-year decrease of 14.7% in cases of wire fraud. The Taiyuan police destroyed 7 criminal gangs of underworld forces, arrested 44 suspects, and cracked 56 criminal cases.

In terms of cracking down on drug-related crimes, the Taiyuan police went deep into the “clearing the source and cutting off the flow” operation, “clustering zero”, “prohibition of planting and eradicating drugs”, and “community abstinence and social health”. Among them, he went to Yunnan to crack a major drug case, seized 5 kilograms of methamphetamine, and drug money of 300,000 yuan.

In addition, the Taiyuan police launched an offensive against illegal crimes such as “theft and robbery”, “pornography, gambling and drug use”, “food and drug ring”, as well as trafficking, pension fraud, and reselling government consumer coupons. The city’s traditional “theft and robbery” cases fell by 28% year-on-year. The rate of solved cases increased by 22.2% year-on-year, and the rate of solved cases increased by 17.1% year-on-year. 333 pension fraud cases that were strongly reported by the masses were detected, 420 criminal suspects were arrested, and 261 million yuan was recovered and lost.