Indian’s extreme summer months are not only hitting humans hard but have taken a toll on the dogs, cats and other animals living on the nation’s streets.

While dogs and cats have long lived side by side with humans and depended on them for food, they have never really been considered as valued members of the country.

Part of that exclusion stems from people’s perceptions — that street dogs are dangerous and a nuisance, according to a study published by a group of biologists who track the behavior of street dogs.

People’s aversion to stray dogs stems from their tendency to fight with each other over food and the fact that they can carry rabies, a disease that is still a major health concern in India.

Around two in every 100,000 people are affected by the virus each year, according to the study. However, the researchers found that street dogs on the whole showed little sign of aggression.

Nevertheless, the people who care for dogs and catsproviding them with food and water, are often harassed.

While the early arrival of the dry summer months in the northern and central parts of the country was partly the result of an oceanic phenomenon called La Nina, Avikal Somvanshi, an urbanologist at the Centre for Science and Environment, said climate change has also played a major role.

Raj Mariwala, an animal behaviorist who lives in Mumbai, explained that extreme heat puts all animals at risk of dehydration and heat stroke.

Mukesh Verma, a veterinarian at Friendicoes, an animal sanctuary just outside New Delhi, said animals can also suffer an array of problems from lethargy to stomach problems. The vet looks after almost 1,700 stray animals at the shelter.

Verma explained that horses, often used for weddings during summer, are barely taken care of and may not get their required intake of drinking water.

Too weak to fly

Nadeem Shehzad and his brother, the founders of Wildlife Rescue, a bird rescue NGO in Delhi, explained that they have already treated up to 700 birds, mostly kites, this summer.

Delhi’s slaughterhouses and meat processing plants have attracted a large population of predatory birds like kites. But a lack of water can keep them grounded as they are too weak to fly, leaving them even more vulnerable.

“When the heat was unbearable this summer, we saw 50% in the number of baby kites that needed treatment,” Shehzad said. A large number of them were dehydrated.

Experts maintained that besides the risk of dehydration, it was becoming almost impossible for animals to cool themselves down in urban centers.

Not only is there a lack of sheltered spaces for them, but cities are also getting hotter than their surrounding areas, a phenomenon known as Urban Heat Island effect, explained Somvanshi, who is also an architect.

The evaporation of water from the soil and plant leaves helps to cool the air in rural areas, but that effect is lost in cities because of their lack of green spaces. 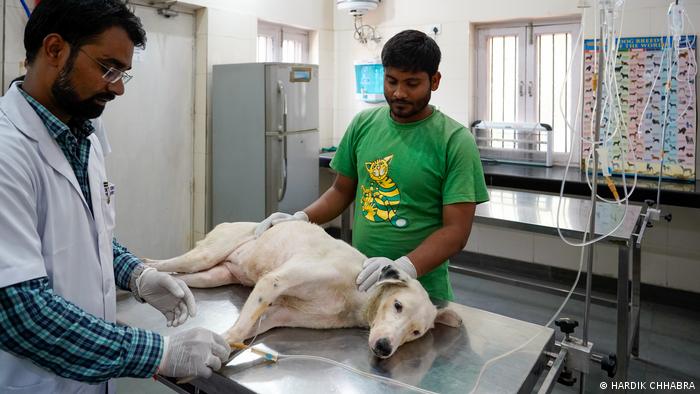 A rise in “nighttime temperatures is particularly problematic” and puts people and animals at greater risk, Somvanshi added.

In addition, cities also dump waste heat — from cars or air conditioners — directly into the outside air.

Even though there are several laws against animal cruelty in India, they do little in terms of punishing offenders.

India’s animals are protected by three broad laws — Sections 428 and 429 of the Indian Penal Code, where killing or maiming animals is considered a serious crime and can result in arrest, the Wildlife Protection Act of 1972, and the Prevention of Cruelty to Animals Act, 1960.

The last one criminalizes cruelty to animals — which covers everything from torture to not providing them with adequate food and shelter.

But the associated punishments — first-time offenders are fined between 10 rupees ($0.13) and 50 rupees. Repeat offenders can be imprisoned for up to 3 months.

“No one takes the laws seriously and people constantly harass us if we feed dogs,” explained Mariwala.

Similar animal cruelty crimes in the UK, for example, can result in a lifetime ban from owning pets or a fine of up to £20,000.

There are no official figures for the number of stray dogs or animals in India, though Mariwala and other experts estimate that there are around 35 million street dogs. 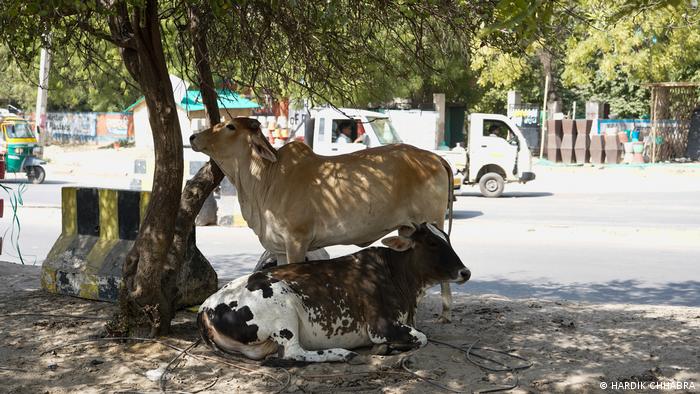 A lot of neighborhood organizations often use different ways of marking dogs to keep track — like having them wear collars.

Sudhir Kudalkar, a police officer in Mumbai, established an animal welfare group in December 2020 that carries out different missions — some teams provide food for stray animals while another team takes care of complaints from feeders and tackles other civil issues.

Kudalkar told DW that he is especially proud to have led a legal team to tackle animal cruelty.

As a further possible sign of changing perceptions, earlier in June the eastern Indian state of Odisha also launched an animal helpline as well as a telephone veterinary service for the protection of stray and abandoned animals.

Previous articleJapan gets into CBD, while cracking down on recreational marijuana use
Next articleRights of the loom: Malvika Singh discusses her Sarees of Memory project