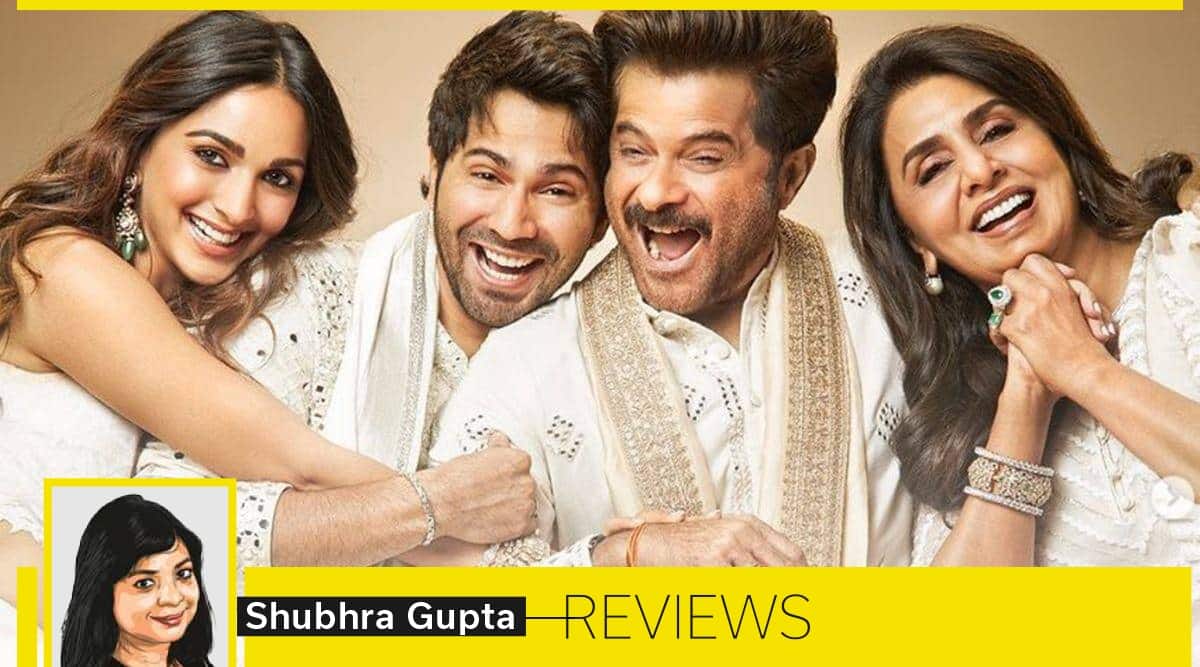 Lovers looking at each other through rose-tinted glasses turning into loveless partners is still quite a novel idea in mainstream Bollywood. When school sweethearts Kukoo Saini (Varun Dhawan) and Naina Sharma (Kiara Advani) find themselves snarling more than smiling, ‘JugJugg Jeeyo’ feels like a set-up for a modern-day dive into post-marriage shenanigans.

The film goes further, when the much-married senior Sainis, Bhim (Anil Kapoor) and Geeta (Neetu Kapoor) find themselves on the brink. For a Hindi film to even entertain the idea that Papaji the provider and Mummyji the place-holder can think of a happy-never-after is radical, and it feels like stepping into a brave new space.

But we’ve reckoned without the deep desire for conservatism at the heart of this Raj Mehta movie from the Dharma banner, which takes one step forward, and one step back, keeping all those wild ideas in check, and turning everything into a joke that lands with a thunk. Please don’t take us seriously, even when we are toying with these serious ideas, because all we want is to make you laugh: that’s the guiding principle of the film, as it goes about diluting its big ideas.

You wonder what it would have turned into if it had stayed a little more with Kukoo and Naina, in their cold apartment in Toronto, with her in power-suits climbing the corporate ladder, and him trying to hack some kind of living in a low-paying job, both doing a good job of being nasty to each other. But ‘JugJugg Jeeyo’ is in a tearing hurry to return to its roots in Patiala, where the marriage of ‘choti behen’ Ginny (Prajakta Koli) is underway, and everyone needs to be on their best behaviour till it is safely over.

Then it is all the same old. Falling back on the familiar Big Fat Punjabi Wedding with opulent sets, wedding clothes, ‘naach-gaana’, ‘shor-sharaaba’, every time the film threatens to get real and spiky. Which it does, in one or two quite impressive sequences: in one, Kukoo (love the way Dhawan’s Kukoo is not just a ‘pet name’) and Naina go at each other, and the slanging-match has weight; in another cheesy-but-felt set-piece, Naina and Geeta share their innermost feelings, creating a sorority.

But the loud, determinedly cheerful aesthetic of the film, very similar to Mehta’s ‘Good Newz’, sweeps these uncomfortable granular emotions under the carpet, giving them just enough time to peek out from under. The background music and melodrama do the rest. And it goes right back to trotting out one familiar dictum after another: ‘shaadi’ is ‘barbaadi’, wives become boring after marriage, long-time relationships are equal parts compromise and more compromise, haww divorce, chhee chhee. A quick tap on the wrist is handed out to an independent woman (Tisca Chopra) for daring to like her own company the most. You wish the ladies were given more to do. You wish Neetu Kapoor’s Geeta had been made a little braver: we are left in no doubt that her break from home and hearth is temporary. New entrant Koli leaves a mark, and I’m waiting for Advani in a break-out role of her own.

The film, like Mehta’s previous one which stuck faithfully to its far-out premise, works best when it is totally committed to being randy and bawdy. Maniesh Paul’s local stud Gurpreet, wearer of co-ordinated sets, owner of a gym, keeper of beer in the locker and money in the drawer, talking up ‘tharak’ (lust), is a hoot. The famous Patiala peg-and-leg finds an entry in a father-son confessional between Anil Kapoor and Varun Dhawan, the latter being surprisingly effective as a low-grade moocher. This is Anil Kapoor’s show all the way, as he zig-zags between being loving dad-and-husband to a timorous man-about-town.

Previous article‘Disturbing mistake’ in Kate Middleton and Prince William’s portrait pointed out
Next articleOn Loving Day, a Celebration of Their Own Indefatigable Love