Listen to the Rhythm of Guqin “Sound of Xiaoqin” Qinxiao Ensemble Concert Held in Tianjin-Chinanews.com 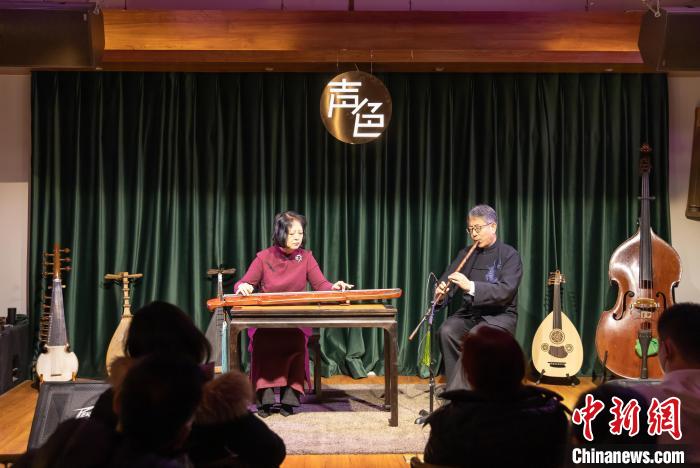 On the evening of the 7th, the “Sound of Xiao and Qin Yun” Qin Xiao Ensemble Concert was held in Tianjin’s “Sound and Color” Theater.Wang Zaiyushe

Chinanews.com, Tianjin, January 8th (Wang Zaiyu) On the evening of the 7th, the “Sound of Xiao and Qin Yun” Qin Xiao Ensemble Concert was held in Tianjin’s “Sound and Color” Theater. This concert was carefully prepared by professors Li Fengyun and Wang Jianxin of Tianjin Conservatory of Music, and it is a New Year gift for the audience.

The concert started with Professor Li Fengyun and Professor Wang Jianxin’s piano and flute ensemble “Three Lanes of Plum Blossoms”. The phonology also. The subsequent Guqin solo “Flowing Water” and “Guangling San” are the repertoire of Professor Li Fengyun’s concerts for many years. The flowing water shows the feelings of the Chinese people that “the benevolent enjoy the mountains, and the wise enjoy the water”. 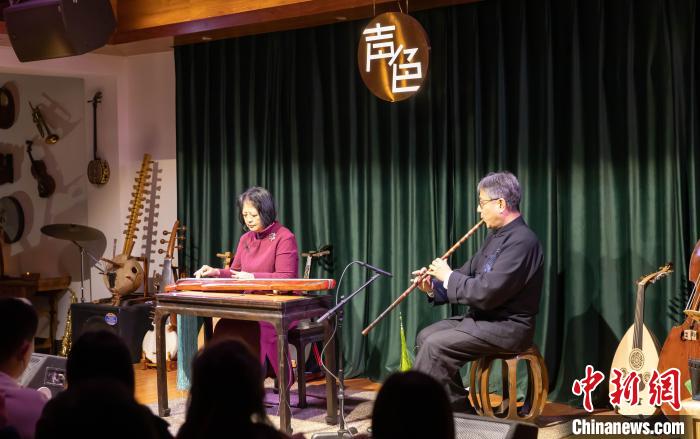 It is understood that in 2003, the art of guqin was selected into the list of intangible cultural heritage of UNESCO, and the work of “playing scores” has become an important part of excavating and inheriting the art of guqin. In the concert, “Yi Zhen” and “Thinking of Friends in the Mountains” were composed by Professor Li Fengyun, both of which were taken from the “Magic Secret Score” in 1425. “Yi Zhen” was written by Tang Dong Tinglan according to Qin history records. “Thinking of Friends in the Mountains” is either time-sensitive or nostalgic for the past, with a long artistic conception and endless nostalgia in the tranquility.

At the scene, Professor Wang Jianxin and Professor Li Fengyun played the ancient Xun solo “Chu Song” in addition to the qin and flute, and the ancient desolate sound lingered in the ears for a long time. The subsequent “Dark Fragrance” is an impromptu performance by two musicians based on the melody of the song of the same name composed by Jiang Baishi in the Song Dynasty.

It is reported that Nanyin, originated in Quanzhou, Fujian Province, is known as the living fossil of Chinese music. In 2009, it was selected as a masterpiece of UNESCO’s intangible cultural heritage. In the concert, two professors played Nanyin music “Plum Blossom Exercise” and “Wind Beat” “Pear”, brought the audience unexpected surprises for the New Year, and offered the best wishes for the New Year with music. (Finish)

Share
Facebook
Twitter
WhatsApp
Copy URL
Previous article
The Spring Festival is approaching in Dingzhou, Hebei, and the lanterns are hung high-Chinanews.com
Next article
The top team created the dance poetry drama “Dongpo” to embody the spirit of Chinese literati between “meaning” and “environment”-Chinanews.com