Looking ahead to 2023: The “Great Depression” in the West may return 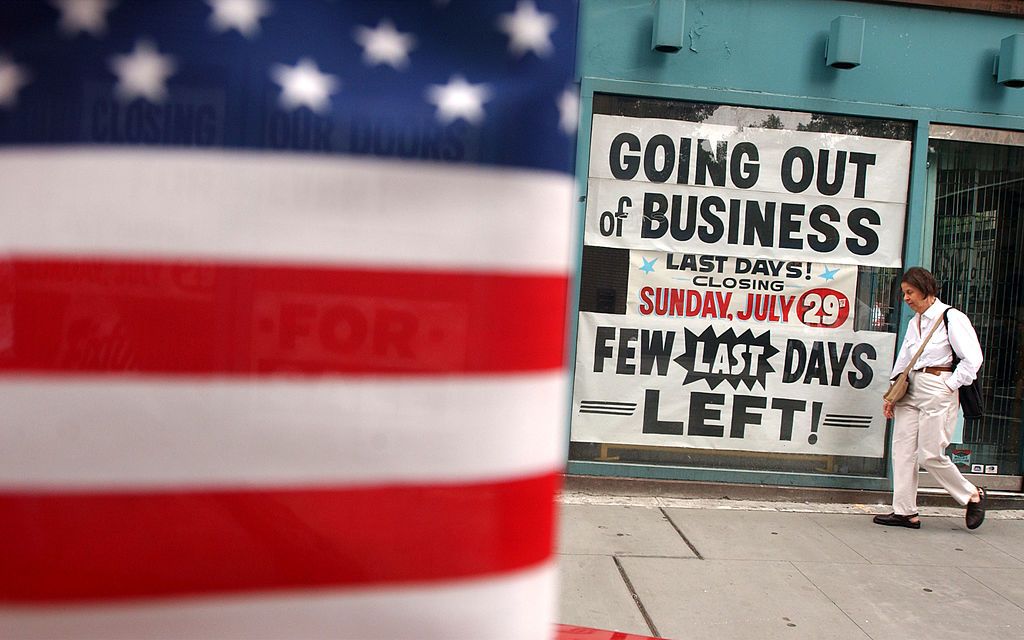 1. The economic and social basis of the Great Depression

After the 2008 financial crisis, the cause of the “Great Depression”, which is relatively recognized by the market and the research community, is the theory of financial constraints – because under the gold standard, the central bank cannot expand money indefinitely, so that deflation and demand contraction promote each other during economic downturns. Under the “financial accelerator” mechanism (a positive loop self-feedback mechanism similar to the spider web model), the liquidity and liquidity continue to slump; the experience and lessons for future generations are naturally financial. As long as finance can expand, the “Great Depression” will not will repeat itself. This is what the head of the Fed thought and did when the financial crisis occurred in 2008. Up to now, his QE (quantitative easing) policy has basically been considered correct by the market; Bernanke himself has studied and practiced it accordingly. Won the 2022 Nobel Prize in Economics (shared with 2 others).

However, there is a fatal flaw in the financial constraint theory of the “Great Depression”, that is, under the metal currency system, the currency is endogenous, and there is a self-adjusting compatibility between the liquidity level and the economic operation, that is, an effective market system will Through price adjustments, the liquidity level is automatically adapted to the scale of the economy. Gold will not decrease. Even if it cannot keep up with the expansion of commodities, after four consecutive years of deflation and contraction, the level of social mobility has long been sufficient to meet the needs of economic operation. The crisis manifested by the “Great Depression”, because of its length, is naturally not a periodical adjustment of the economic cycle, but a “time change” in the economic system and social structure: Looking back at history, the labor movement in the 20s and 30s of the last century was at its climax In the early period, trade unions and other labor movement organizations often launched strikes and other movements for the benefit of the group. The rigidity of wages gradually eroded the previous era and market laws in which food prices determined wage levels. Difficulty rising and “clearing” the market. As a result, the cyclical adjustment of the economy was extended until it evolved into a “Great Depression” crisis.

2. Only “financial stability” can not get out of the shadow of the crisis

The “Great Depression” is actually both familiar and unfamiliar to contemporary economic people. It seems to be serious and lasted for a long time, but how serious is it? How long did it last? From the perspective of inflation and economic growth, the “Great Depression” actually lasted only 4 years. From 1030 to 1934, the US economy and inflation both contracted. After 1935, both the economy and inflation returned to positive growth. From the perspective of the operation of the stock market in the capital market, it took 14 years (that is, 1954) for the stock market index to reach the high point before the 1929 crisis. However, after the economic recovery, the stock index recovered to the level of 1-2 years before the crisis. From the perspective of economic growth, the “Great Stagnation” of the economy after the 2008 financial crisis is comparable to the “Great Depression”. Even without the impact of the epidemic, the Western world still failed to get out of the shadow of the 2008 crisis.

Why does the economy that isolates financial constraints continue to be depressed? The continued economic downturn means that the market is still not cleared. From the perspective of production factors, it is capital and labor that respond to the cyclical economic downturn. After the crisis, major Western economies such as Europe and the United States have adopted ultra-loose monetary policies, so the capital and monetary environment have made adequate adjustments, or even excessive adjustments—many European economies have even entered “negative interest rates.” state. However. However, the labor market in the Western economic system has not been “cleared”. The welfare system is becoming more and more solidified, and the government tends to strengthen the welfare system in times of crisis. It is difficult to reduce the wage level. Expanding money also loses its investment effect and shifts to a whole new policy effect: the balance sheet effect. An expanding currency can only “rescue finance”, not the economy.

3. Epidemic relief may bring the “Great Depression” back

Under the impact of COVID-19, the Western world led by the United States has adopted a large-scale rescue model in which the whole people directly distribute money. The economic effect of this “helicopter money” model is direct and obvious: human nature is more important than “windfall money” Usually, there is a high propensity to consume. After receiving the aid, residents will naturally spend money (consumption) if they can, and “gamble” (investment, such as buying meme stocks and other small-cap stocks) if they can’t. Although the economic situation is not good and the employment situation is not good, there is still a wave of salary increases in the “big money” model where wages are directly assisted by the whole people. The economic and social phenomenon of the “big salary increase”. It is this “big salary increase” that brings about the “big price increase” in 2022. Therefore, after the global financial crisis in 2008, the Western world has been unable to get out of the shadow of the crisis because the labor market could not be “cleared”; the epidemic relief model in 2020-2021 has made the Western labor market close to “clearing” It is becoming unbalanced again.

After the financial crisis until before the epidemic (2009-2019), Western monetary expansion was carried out through the financial system such as commercial banks. In order to promote credit expansion in the financial system, the monetary authorities even adopted a “negative interest rate” policy; The model of directly distributing money to the whole people is adopted, which directly expands social credit and market demand, but the by-product is to increase the salary level of the whole society. It is difficult to “clear” the labor market under the welfare system. At this time, it is not an extension of “clearing” “, when to “clear” the question, but what kind of economic imbalance will be caused by the intensification of the market imbalance. Obviously, the inflation problem of the first step has already appeared in front of the market.

In the era of “big salary increases”, it seems that the only way to expand enterprises is to work hard on the rules of economic operation. The practical performance in this area is also sufficient: the United States has adopted technology restrictions and market access policy adjustments, while Europe has established access rules in terms of ESG such as digital technology standards and carbon footprint. However, even though these measures help the western economy to gain an advantage in international competition, the lack of internal motivation can only accelerate its capital outflow, and the combination of economic depression and financial stability may continue.

Note: This article only represents the author’s personal views

This article is edited by Xu Jin WeChat xujinft