Luo Shihui, Huizhou, Guangdong, has been a police officer for 32 years and said “Hello 110!” hundreds of thousands of times-Chinanews.com 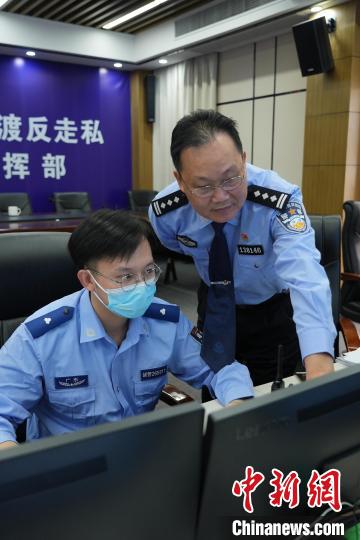 The picture shows Luo Shihui working on the 110 platform.Photo by Hu Zicong

Chinanews.com, Huizhou, January 11th (Xiong Wei, Hu Zicong, Song Xiujie) “Hello 110!” In recent days, Luo Shihui, known as the “Top Ten Commanders” of the Public Security Bureau in Huizhou, Guangdong, has stuck to the 110 post for 20 years and said “Hello 110!” Hundreds of thousands of advanced deeds were “exposed” by the central, provincial and municipal media, and were praised by the local people.

It is understood that Luo Shihui is currently working in the command and dispatch squadron of the Qingzhi Brigade of the Public Security Bureau of Daya Bay District, Huizhou City. In the 32 years since he joined the police force, he has won 13 awards in total. In 2019, he was awarded the title of “Top Ten Commanders” by Huizhou Public Security Organs.

In March 2003, he joined the 110 command and dispatch front. Starting as an ordinary police officer, he received more than 200 police calls every day, and the satisfaction rate has remained above 98%. He said that the 110 reception police station is responsible for receiving the police, ordering, and reporting information, and it is also the “heart-to-heart line” between the police and the public. Behind every phone call, there is a scene that urgently needs to “turn danger into safety”.

In June 2020, a landslide and road collapse accident occurred at the Wangniuling Tunnel of Guanghui Expressway towards Huizhou, and many vehicles were crushed under the earthwork. After receiving the alarm, Luo Shihui, who was on duty, immediately reported to the responsible leadership department and duty room level by level, and followed the emergency plan’s quick instructions and precise command. In less than an hour, all the trapped people were rescued and out of danger. 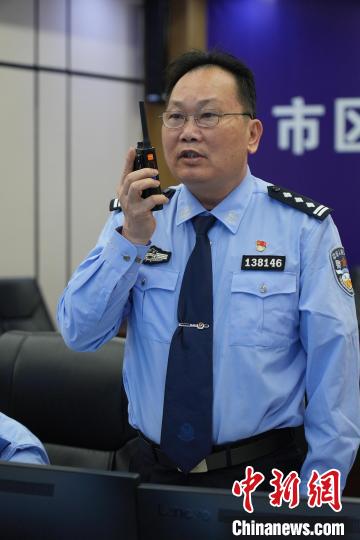 The picture shows Luo Shihui working on the 110 platform.Photo by Hu Zicong

“When people encounter problems, they think of calling 110. This is the greatest trust in us. Of course, I can’t live up to this trust.” Luo Shihui believes that the duty and mission of the 110 police officer is to extend the public’s trust in the public security organs. And I am that bridge.

In May 2016, Luo Shihui received a call from a girl who was about to commit suicide, and he kept comforting and persuading her. Later, he judged the girl’s identity through dialogue, and had a heart-to-heart conversation as “Big Brother”. After half an hour of patient persuasion, the girl gradually calmed down. Under Luo Shihui’s coordination, the police from the police station quickly found the girl’s uncle to persuade her at the police station, and finally made her give up the idea of ​​committing suicide. Therefore, Luo Shihui was called the warm man of 110 by his colleagues, and praised him for always having a way to open the heart of the person on the other end of the phone who is in pain.

Luo Shihui said that in daily calls, the operator will encounter some similar cases. This kind of situation is usually called suicide interference alarm, which shows that the caller still has hesitant thoughts. The person who talks to them at the time is very critical, “and all we have to do is to melt that desperate heart with patience and warmth.”

Luo Shihui is like an “old scalper” in an ordinary position. He is not only a combatant, but also a commander. He is diligent, hardworking, and silently dedicated, and solves problems for the masses at any time. (Finish)